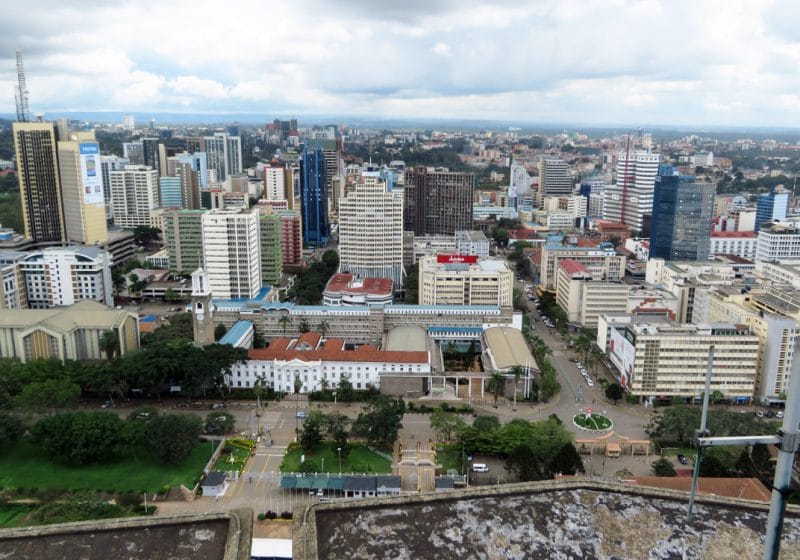 “This is not what I expected Africa to look like!”

Those were the words of some of my Instagram friends when I posted photos of the skyline of Nairobi, Kenya. The pics were taken from the rooftop of KICC, the Kenyatta International Convention Centre. For just a few bucks, you can go up there to the helipad for a bird’s eye view of the largest city in Kenya.

If you find yourself in Nairobi, the KICC rooftop is one of the coolest tourist spots to visit, along with the famous Giraffe Centre. If you do visit the KICC, however, you’ll need to have your passport and pass through multiple security checkpoints. Here’s the lowdown on what you can expect. 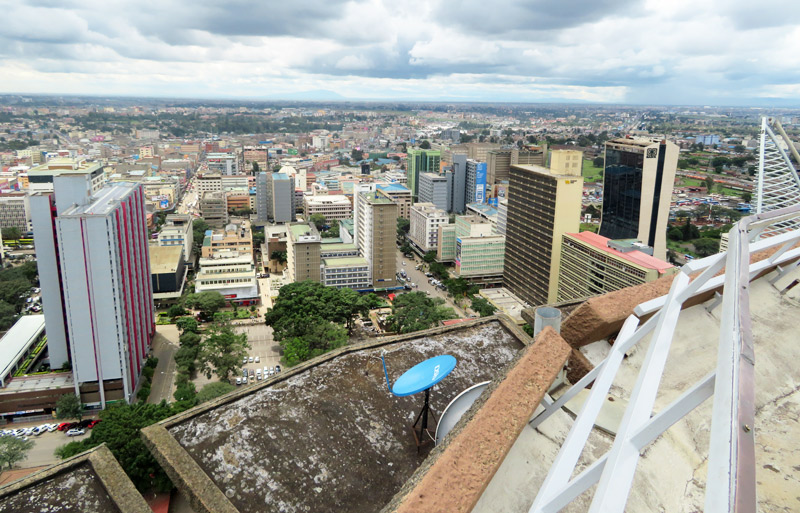 About the KICC Nairobi Conference Centre

The center was commissioned in 1967 and completed in 1974. At 32 stories and 345 feet (105 m) high, the Kenyatta International Conference Centre was the tallest building in Kenya when it was built. These days, it still ranks in the top 10, but probably not for much longer, as new structures keep going up all the time.

The tall, cylindrical building still ranks as one of the top conference centers in Africa. Its largest ballroom can hold more than 4000 people.

Is it Safe to Visit KICC in Downtown Nairobi?

I was only in Nairobi for one day before the start of my epic two-month African overland safari. I decided to make the 20-minute walk from my Airbnb through Central Park and into downtown Nairobi. I spent about an hour there, shopping for a few last-minute supplies, buying lunch, and stopping at the KICC.

Having never visited this part of the world before, I wasn’t sure how dangerous walking around downtown Nairobi would be. I had read conflicting reports, with some saying that it was perfectly fine, and others saying it was dangerous. 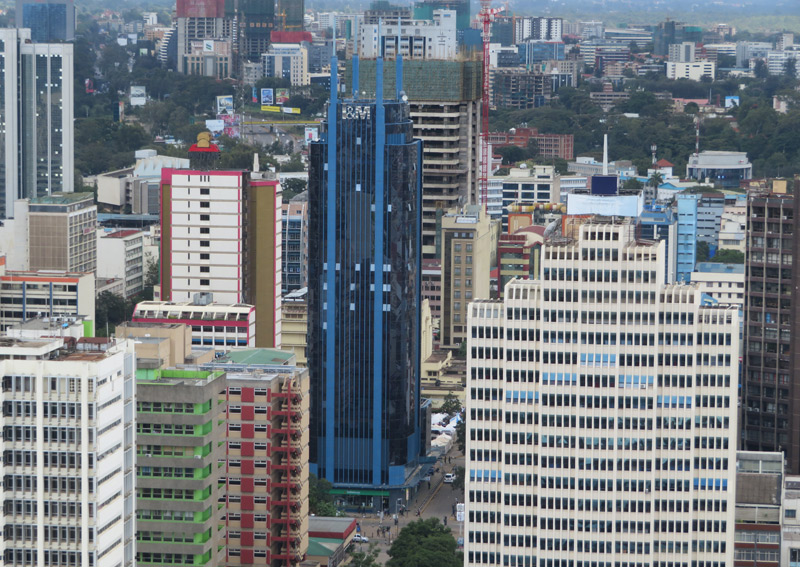 Downtown Nairobi didn’t feel particularly dangerous, but it never felt totally safe either. I got a ton of stares everywhere I went. This might just have been because I was pretty much the only light-skinned person in the area. I was surprised there weren’t any other tourists around, especially since there are hotels like the Hilton Nairobi nearby. The lone Asian couple I encountered were the only other non-locals I saw during my hour there.

The general consensus on downtown Nairobi is that it’s reasonably safe during the day, but not at night. Even during the day, be vigilant for pickpockets and scammers. I had one persistent guy who kept trying to sell me guided tours, while another tried to accompany me shopping in exchange for a tip. I ended up ducking into Subway to grab a sandwich. Because of the attention I was getting, I never felt comfortable pulling out my camera to take pics in downtown.

In any event, I made it to KICC without issue. If safety is a concern, just take Uber, which runs reliably here. It’s very cheap, but traffic is bad in Nairobi, so expect your ride to take a while. 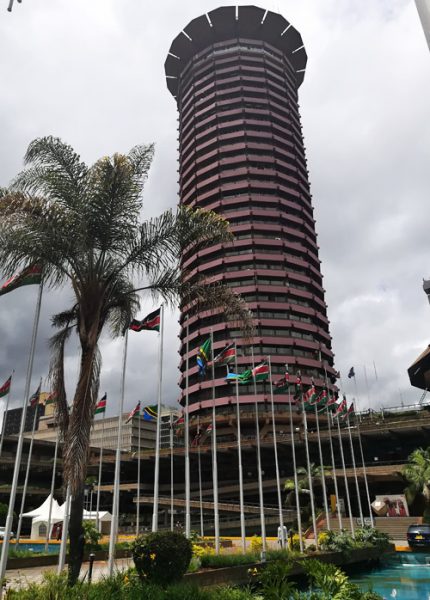 It was a bit of an adventure to get to the KICC rooftop. When I reached the building, I wasn’t sure where to go since there’s not much signage. Eventually, I found a guy at a desk who directed me to the spot to check in. Everyone here speaks English, so there is no language barrier.

Security is tight. I had to present my passport and explain where I wanted to go in the building and why. (Just say that you’re a tourist and you want to see the view from the roof.) There were metal detectors to pass through.

At that point, payment was required. As of 2020, the fees to go up to the roof are 500 Kenyan shillings ($5 US) for adults and 200 ($2 US) for kids. These are the fees for foreigners – locals and international students pay less. I do not believe that credit cards or foreign currency were accepted.

Current hours are 7 am to 6 pm on weekdays, and 8 am to 5 pm on weekends and holidays.

Once you pay, you’re given a receipt/ticket and directed to an elevator. There, another worker accompanies you up to the roof, where another worker checks your ticket and ID yet again. Finally, you are allowed to walk outside. First, you’ll encounter a semi-enclosed area with bars blocking the view. 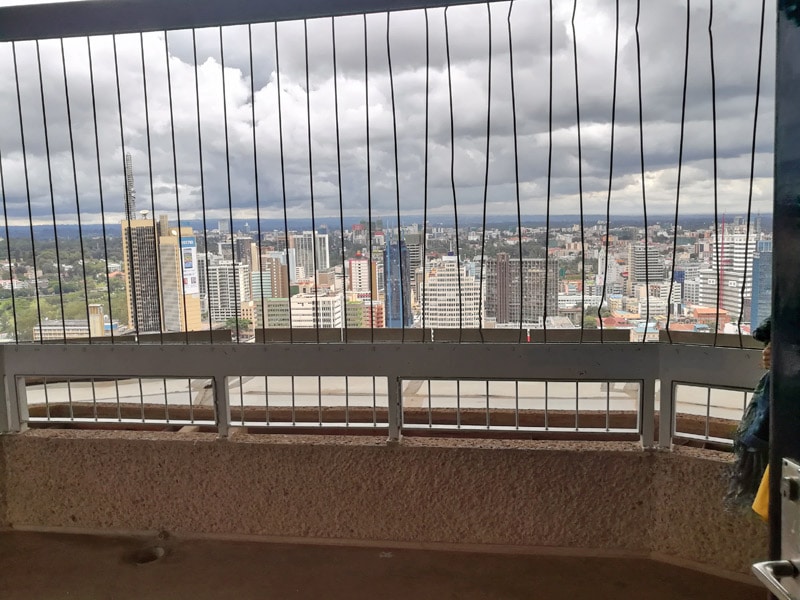 Walk up another spiral staircase to reach the roof itself. Once there, the immediate view is incredible!

The Views From the KICC Nairobi Helipad

On the roof, you’ll have 360 degree of Nairobi, stretching across the city, all the way to Nairobi National Park and some of the surrounding green areas. 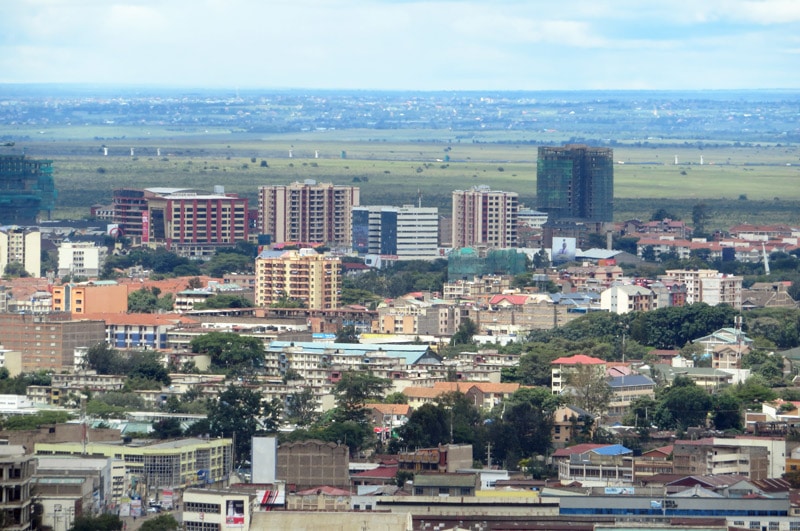 When I was on the roof, there were only a handful of other folks up there, so it was mostly quiet. I had plenty of time to zoom in to get closeup views of nearby parks. 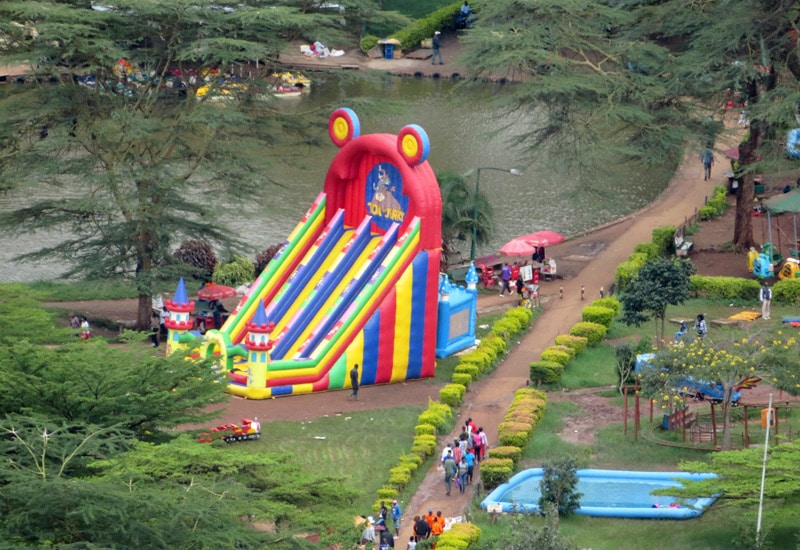 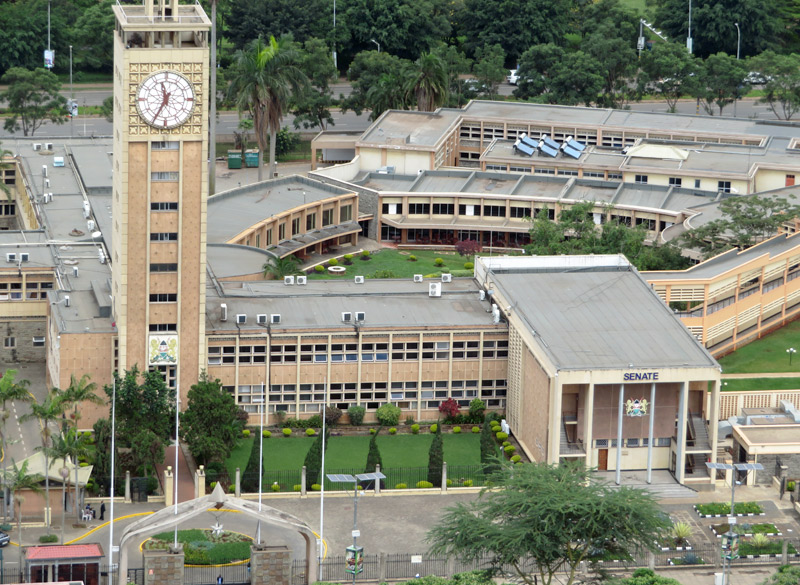 These lucky dudes got to play golf on this day. 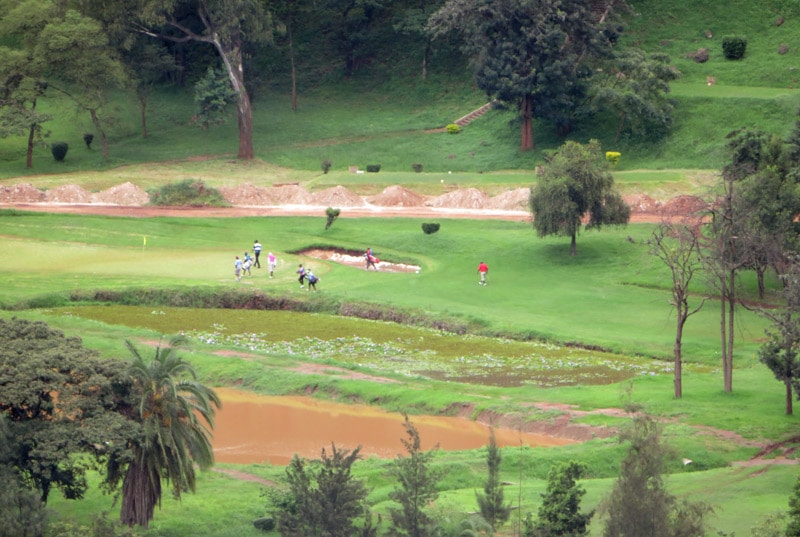 There’s that helipad. If you see a helicopter coming, go back inside so you don’t get blown off the roof! 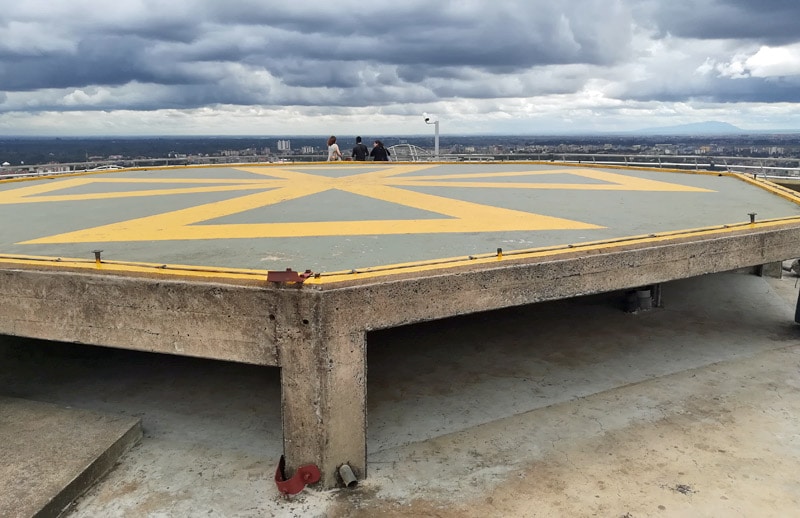 The KICC Nairobi rooftop is a good way to spend 30 minutes, and you’ll get some fantastic pictures out of it. 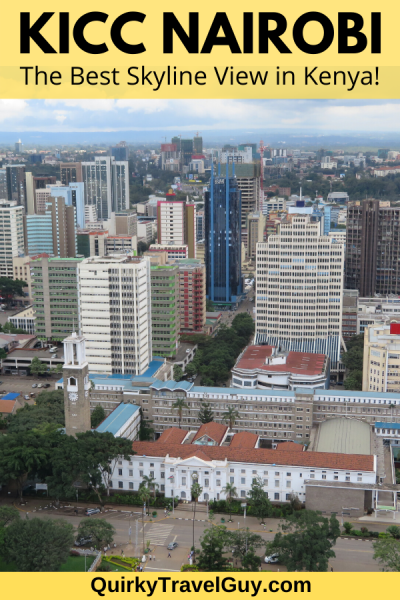 3 thoughts on “KICC Nairobi: Visiting the Rooftop of One of Kenya’s Tallest Buildings”