It’s been more than 10 years now since the world lost one of its greatest entertainers of all-time when Michael Jackson passed away. Hundreds of fans went to his birth home in Gary, Indiana.

Today, they still come to the birthplace of Michael Jackson to remember the singer and leave behind flowers, souvenirs and gifts. His monumental contribution to music and popular culture will never be forgotten.

From “Man in the Mirror” to “Beat It” to “Remember the Time,” to some of his more underappreciated gems like “Baby Be Mine,” “Another Part of Me,” and “Give in To Me,” the King of Pop has created one of the largest catalogues of classics in history. Everyone has memories associated with the King of Pop.

“All of us are products of our childhood,” Michael once said, and that is definitely true. Fans visit here to catch a glimpse of the tiny house where the Jackson clan grew up. And it really is tiny.

From the outside, it looks like no more than four people could live comfortably in such a cozy space, but somehow Katherine and Joe Jackson raised nine kids here! 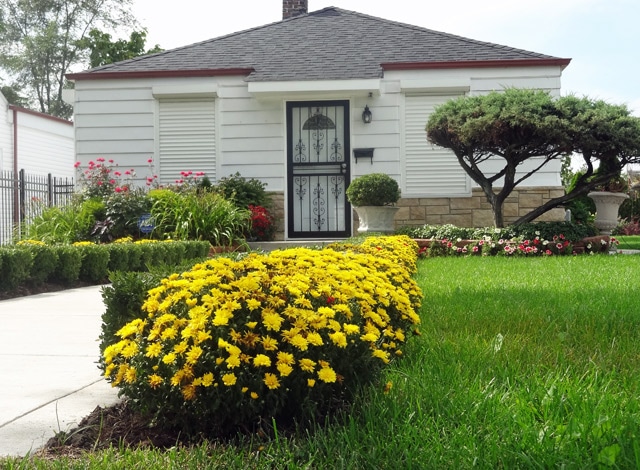 Quiz: How many of the Jackson kids can you name? I’m proud to say I can recall all nine. There are six boys – Michael, Jermaine, Tito, Randy, Marlon, and Jackie. And three girls – Janet, LaToya, and the forgotten one, Rebbie. Centipede!

Little-known fact: There was a tenth Jackson child, Brandon. He was Marlon’s twin but passed away shortly after he was born.

Since Michael left the world in June 2009, the house has been fixed up quite a bit, with flower gardens added out front, along with a large “King of Pop” stone monument. 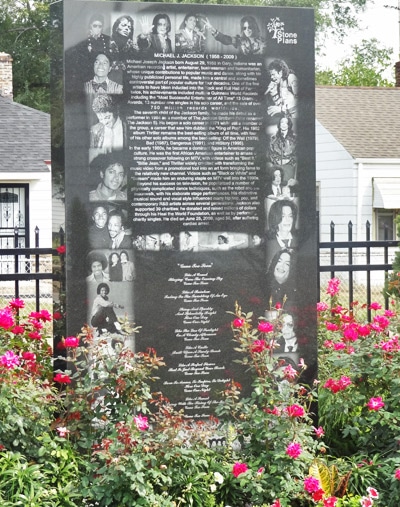 Although the beautiful stone monument might look like a tombstone, it is not. Remember that Michael was not buried here – he was buried at Forest Lawn Memorial Park near Los Angeles.

Visiting the Birthplace of Michael Jackson in Gary

Gary is not the safest city in the world. In fact, let’s be honest – it’s among the more dangerous cities in America. This part of Gary is still working class.

Numerous abandoned buildings can be seen on neighboring streets, so you definitely don’t want to go wandering around aimlessly.

But if you drive here during the day, you should be fine. Chances are you won’t be the only tourist at the house at any given moment. Every time I’ve visited, there were a handful of other tourists stopping by as well. 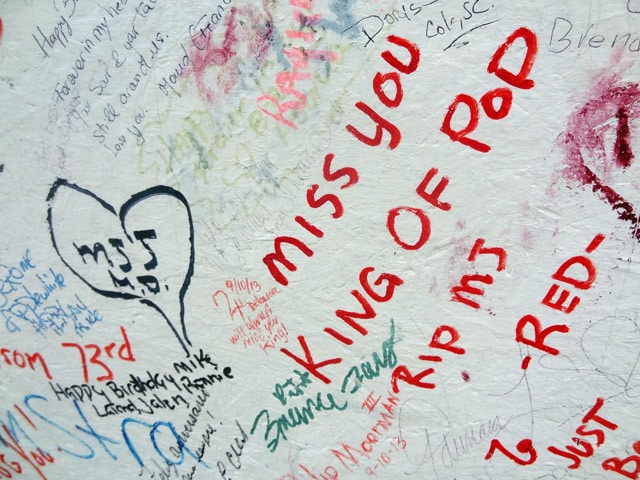 Fan artwork and messages can still be seen on the side of the property, and I even spotted a single glove left on the fence out back. 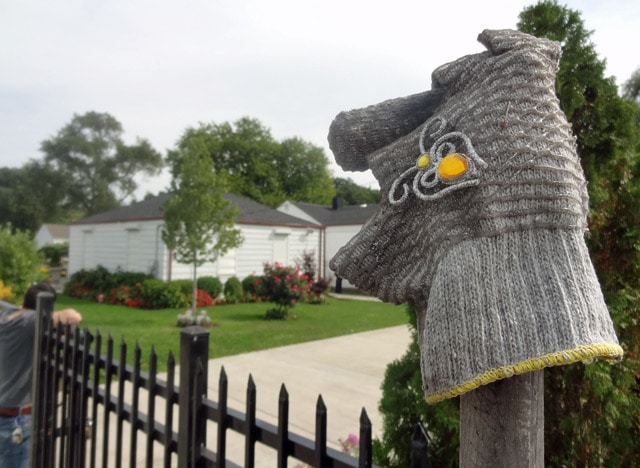 This residential area has street parking, so parking is not difficult. There isn’t a Michael Jackson Museum in Gary (at least not yet!), so fans will have to settle for just seeing the house and imagining little Michael dancing around inside and playing in the yard.

It’s well-known that Michael didn’t have the greatest childhood. He dealt with physical and verbal abuse from his father, as well as the impossible pressure of being a worldwide star at a very young age.

When accepting the Grammy Legend Award, Michael said, “My childhood was taken away from me. There was no Christmas, there were no birthdays, it was not a normal childhood, nor the normal pleasures of childhood. Those were exchanged for hard work, struggle and pain and eventually material and professional success.”

Aside from the exterior of the house, there’s not much else to see here. But it’s always a powerful feeling to visit a place where someone you admire spent many years of their life.

Visiting the birthplace of Michael Jackson is a way to put yourself in his shoes and think about what his life was like as he grew up.

For a while, a couple of Chicago residents were offering a King of Pop Hometown Tour that took people by bus from Chicago to MJ’s birth home, but that tour no longer appears to be operating.

Gary isn’t far from the Windy City, so swinging by the birthplace of Michael Jackson is a good day trip from Chicago.

Gary is also right on Route 20, which runs cross-country from Oregon to Massachusetts and serves as a popular road trip route.

If you’re looking for an excuse to stop by, the annual Michael Jackson Tribute Festival of the Arts takes place on the last weekend of August.