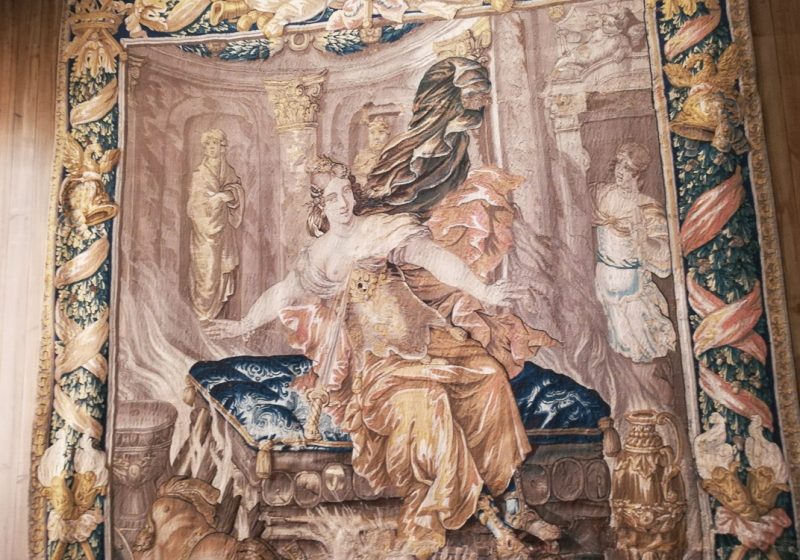 In the rural state of Creuse, France, you’ll find an unlikely awesome attraction: The Tapestry Museum! It’s officially known as Cite internationale de la tapisserie Aubusson, and it contains a massive collection of old tapestries from the past several hundred years.

This part of France is actually known for its history of tapestries, dating back to the 15th century. This region of the world has so many ancient carpets and tapestries that have remained intact.

At the Aubusson Tapestry Museum, you can see very old carpets that have faded over time but still held up for close to 1000 years. You can see brand new tapestries that are bright and vibrant. You can even see a tapestry by Pablo Picasso – who knew he made carpets?!

Here’s a look at what you will see in the museum, which is one of the highlights of the Creuse department of France. 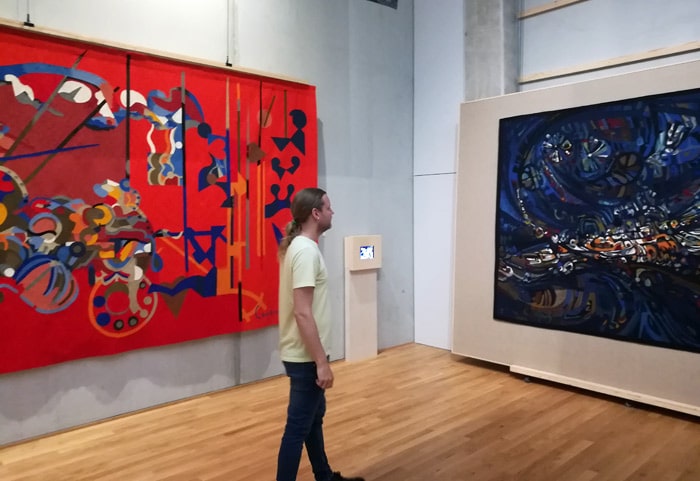 Historians can’t say exactly when tapestry became such a big thing in the adorable town of Aubusson, but 1457 is their best guess.

Tapestries were made for the wealthy and elite. They hung in castles and the homes of the rich and powerful. Many castles in rural France still have old tapestries on display from centuries ago. 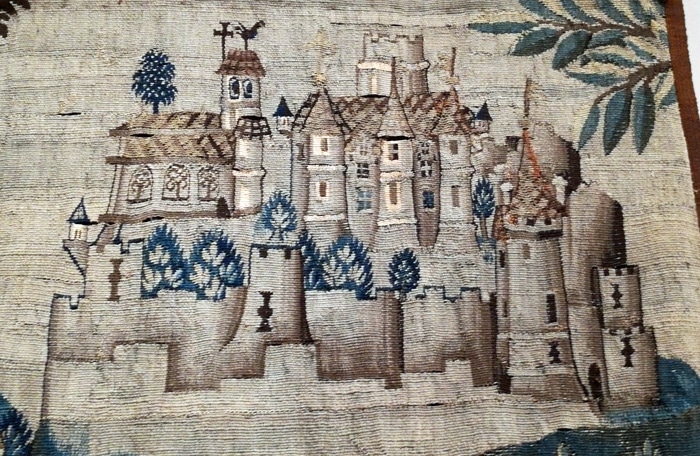 Among the subject matter that Aubusson tapestries typically featured were hunting scenes, religious imagery, trees, and people in vibrant gowns and robes. After you see a few, you can recognize an Aubusson tapestry from a distance.

A collection of tapestries on the same subject is referred to as a hanging. The museum has a few hangings featuring 17th century subject matter. 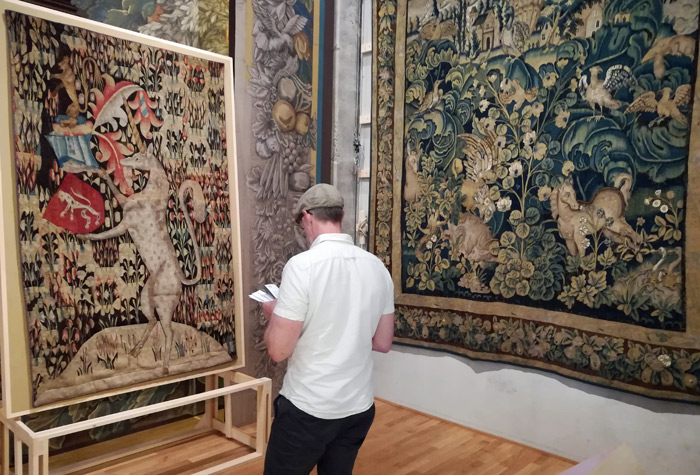 I love this horse tapestry after you enter the museum. How cool to see an animal tapestry instead of just a flat carpet! 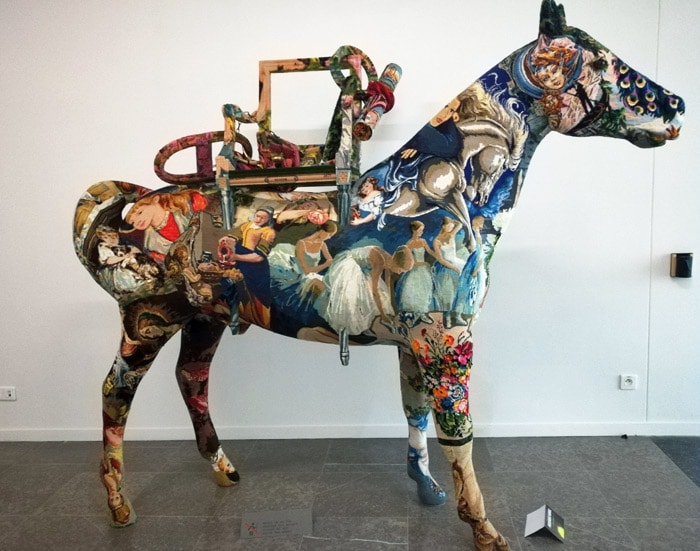 The Aubusson Tapestry Museum doesn’t just have ancient pieces. There are some brand new tapestries that are kind of mind-blowing in terms of the strong colors and intricate details. 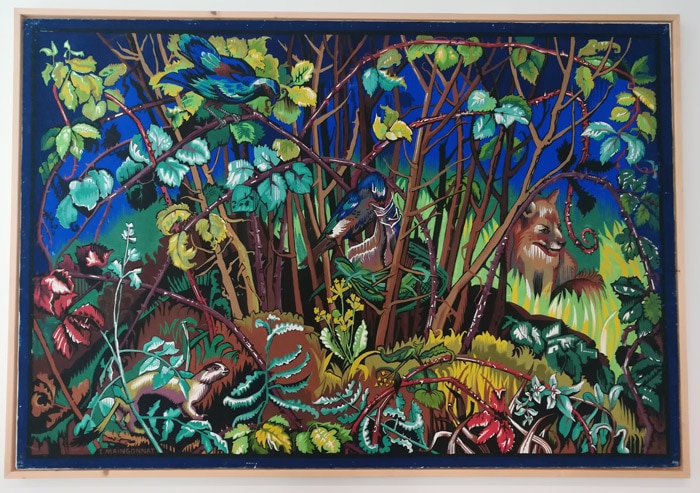 Quirky Spanish artist Pablo Picasso (1881-1973) was known mostly for paintings, sculptures, and collages, but he experimented with various types of art. He even created a woven tapestry in 1961 called Le Hibou (The Owl.) 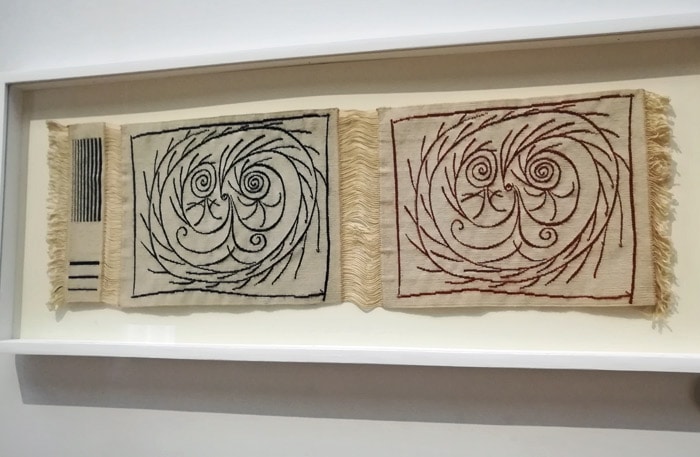 The Owl is on display at the Aubusson Tapestry Museum. This piece is intentionally in an “unpolished” state. Picasso left his test strip attached on the left side of the tapestry, with two copies of the same cartoonish design attached on the right.

What a cool find! I wasn’t expecting to see a Picasso in this museum deep in the heart of the French countryside.

Other Sights at the Museum 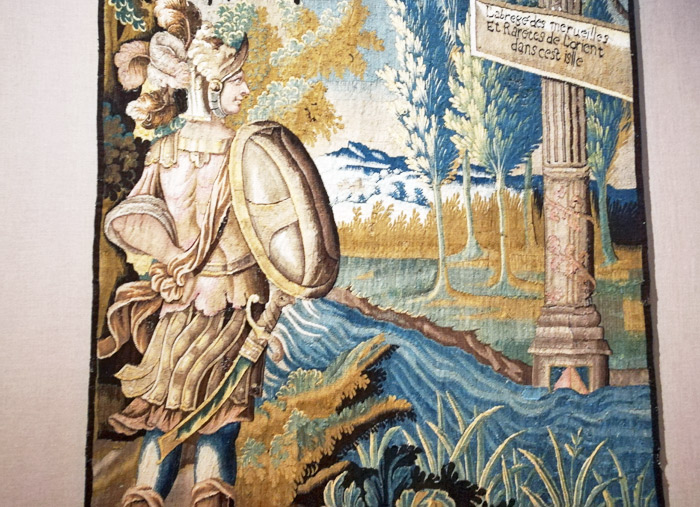 In addition to the completed works, visitors can see current tapestries in progress. There’s a room full of partially-completed pieces, plus lots of colorful yarns and materials. 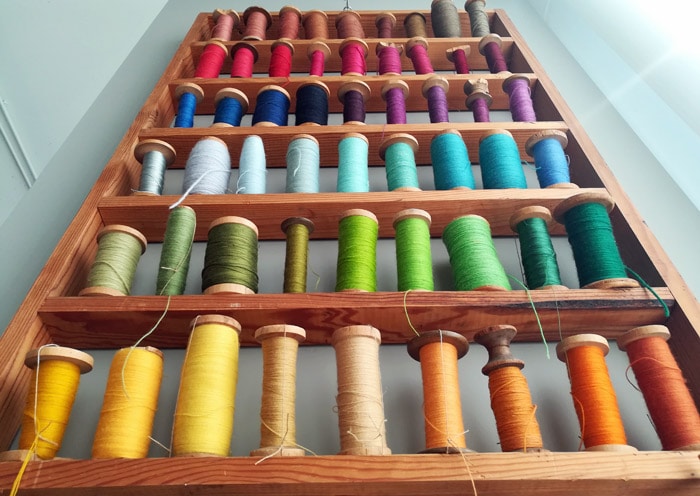 The museum has interactive touchscreens where you can learn about individual pieces. Of course, the 1200 square foot facility also has a sizable gift shop. 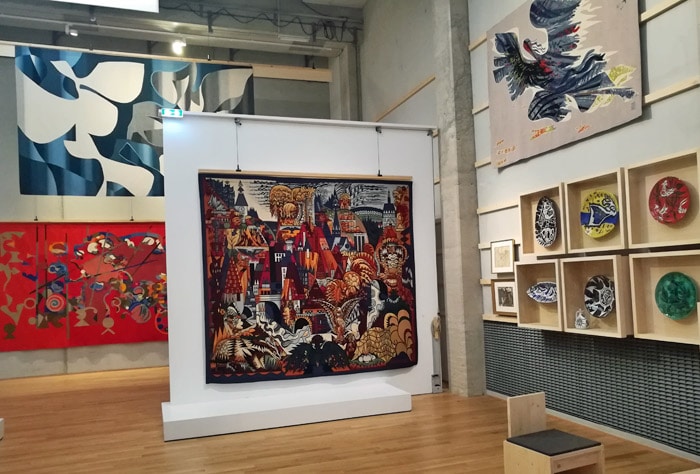 The Aubusson Tapestry Museum opened in 2016. As of this writing, the museum is open daily (except Tuesdays) from 9:30 am to noon, and again from 2-6 pm. It’s closed during those lunch hours from noon to 2pm. The hours change during peak tourist season of July and August, when it’s open from 10 am to 6 pm everyday (still closed Tuesdays.) 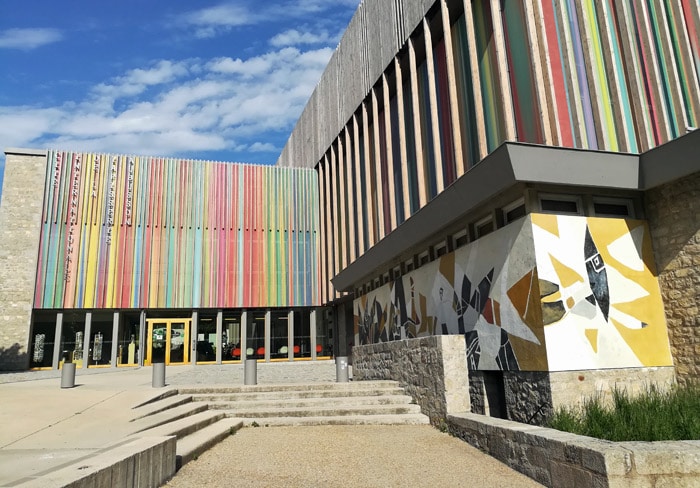 Tickets can be purchased at the door and cost 8 Euros each (roughly $9 USD.) Visitors under age 25 or over 65 are only charged 5.50 Euros, while kids under 18 are free.