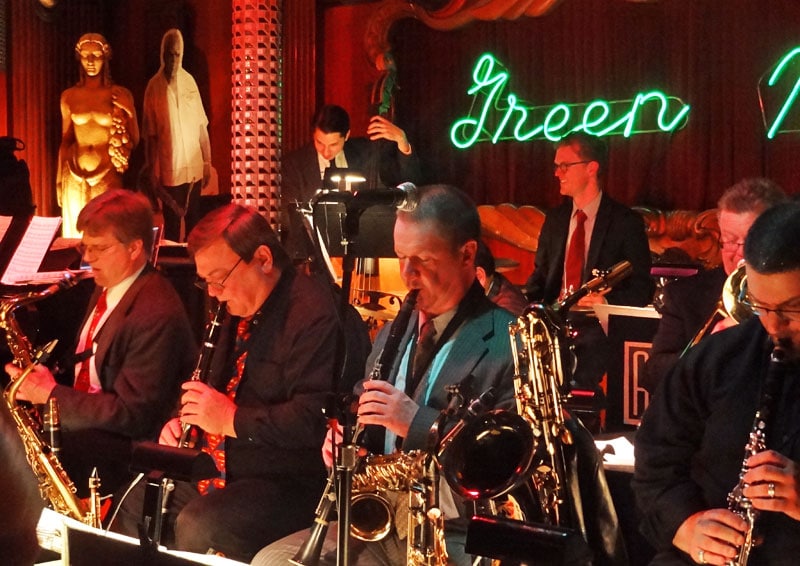 COOL CHICAGO: The Green Mill
Summary: Stylish century-old jazz club where mobsters like Al Capone used to hang out
Neighborhood: Uptown
Address: 4802 N. Broadway Ave.
Cost: Cover charges vary, but $15-20 is usually enough for the cover and a drink or two
Website: http://greenmilljazz.com
Best for: Fans of jazz music or those who want to see Capone’s old hangout

The Green Mill Cocktail Lounge is about as Chicago as it gets. The jazz club opened in 1907 and remains one of the city’s more popular nightlife spots. Patrons come to immerse themselves in an old-school environment, with music and decor straight out of the ’30s and ’40s. They also come to experience Chicago gangster history, since Al Capone used to hang out here and regularly used the Green Mill to smuggle alcohol during Prohibition. 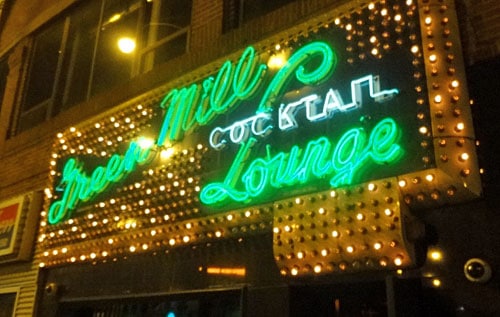 Capone and company utilized a series of underground tunnels below the Green Mill which they used to transport booze to other spots around Chicago and to escape when the cops came around.

The tunnels still exist, but you won’t be able to go down there. You can, however, take a seat in Capone’s old booth, which sits at the end of the bar along the wall with clear views of both entrance doors so he could keep an eye on everything and everyone.

Today, the Green Mill hosts shows every night of the week, with an emphasis on traditional and contemporary jazz. The bar is classy and sophisticated, and many patrons embrace the old-school spirit of the place by wearing suits and hats and fancy dresses (though there’s no dress code – plenty of folks wear jeans too.) Because of its history, the Green Mill is a popular tourist attraction, and you’ll often see guests breaking out their cameras to snap a few pics.

Seating is limited at the Green Mill, so arrive early if you want a seat. Or show up late and head straight for the dance floor. The Green Mill dance floor is an awesome sight. Older couples get to relive the music of their youth. Younger couples who have learned to appreciate music way before their time dance hand-in-hand. Strangers dance with each other. It’s a great sight. 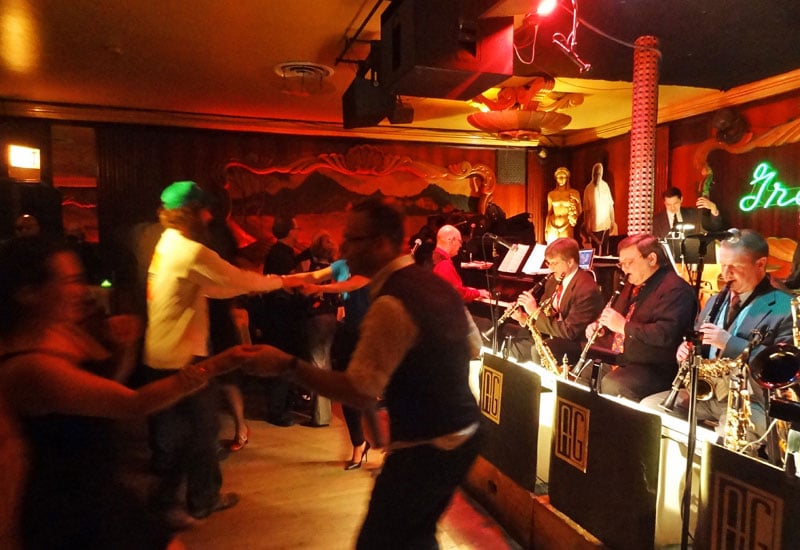 I went to the Green Mill a couple weeks back and the performance was presented like a radio show from the ’40s. A group of more than a dozen musicians played the classic music, with various singers providing occasional vocals. The emcee announced the song titles (This is “Oh Johnny” from 1947) and read aloud advertisements for products like “Mr. Peterson’s Pep Juice.” I really felt like I was back in the 1940s. 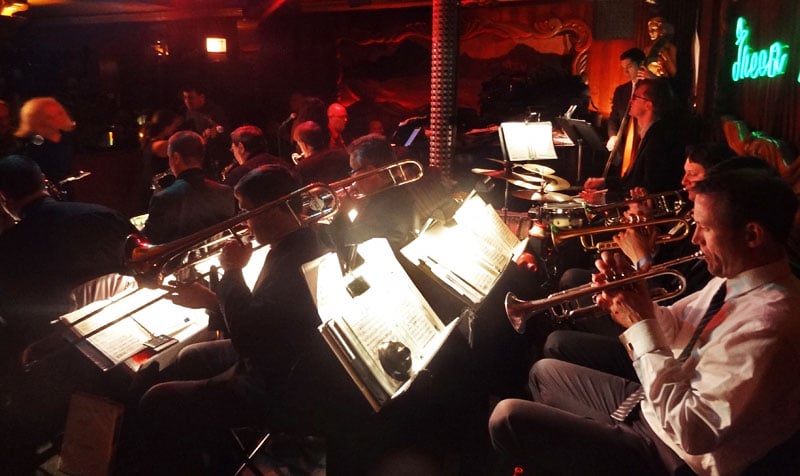 Besides the jazz, the Green Mill hosts a weekly poetry slam on Sunday nights. If you’ve never been to a poetry slam, you’re missing out on a great event combining elements of poetry, rap music, and the spoken word. The creativity and intelligence on display are always impressive.

The club has also been featured in a number of movies, like High Fidelity and The Untouchables, giving movie buffs another reason to stop by.