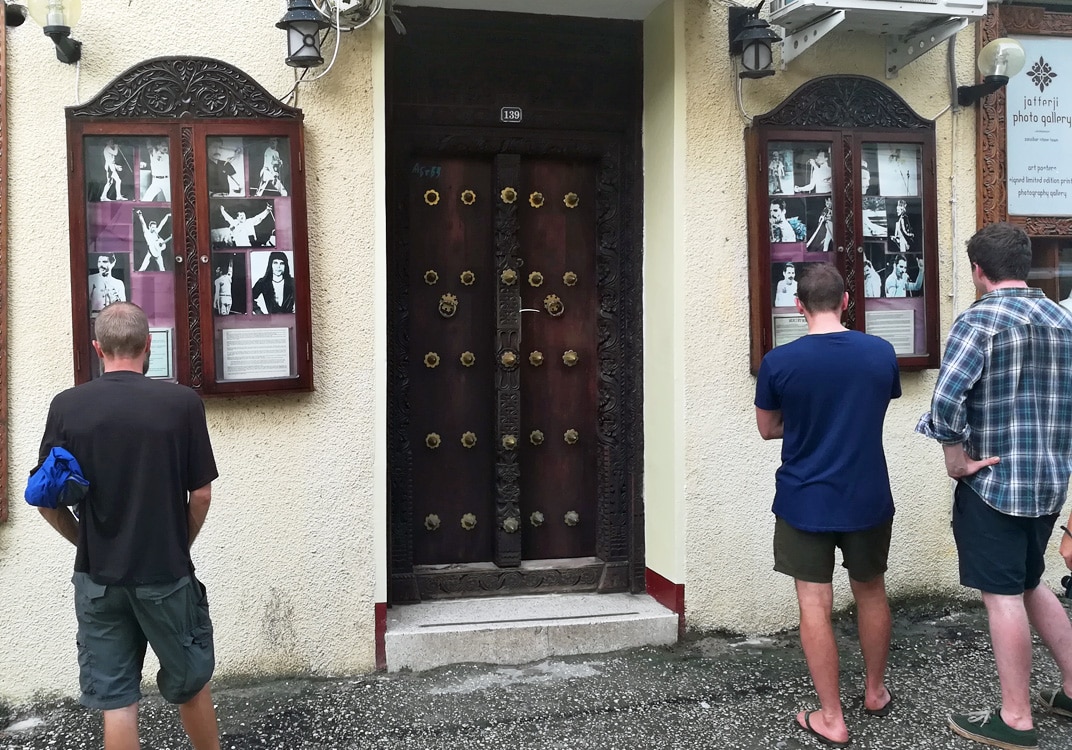 Many tourists wouldn’t expect the Freddie Mercury birth house to be located in Africa, but indeed it’s here, on the island of Zanzibar.

Mercury might have been the greatest frontman in music history, belting out such classics as “We Will Rock You,” “We Are the Champions,” “Bohemian Rhapsody,” “The Show Must Go On,” and “Crazy Little Thing Called Love.”

Many people assume Mercury was from the UK, since he fronted the British band Queen. But his parents were both Indian, and he was actually born on the African island of Zanzibar off the coast of mainland Tanzania. He alternated between Zanzibar and India before moving to Britain for good.

These days, the “Freddie Mercury birth house” is a modest tourist attraction, with two window displays and signs honoring the singer outside the apartment building.

But there’s a lot of mystery around the Mercury House, and there’s a really good chance this isn’t his birth home at all.

Read on to learn about where Freddie Mercury lived and why the specific location of his birth location is in question. 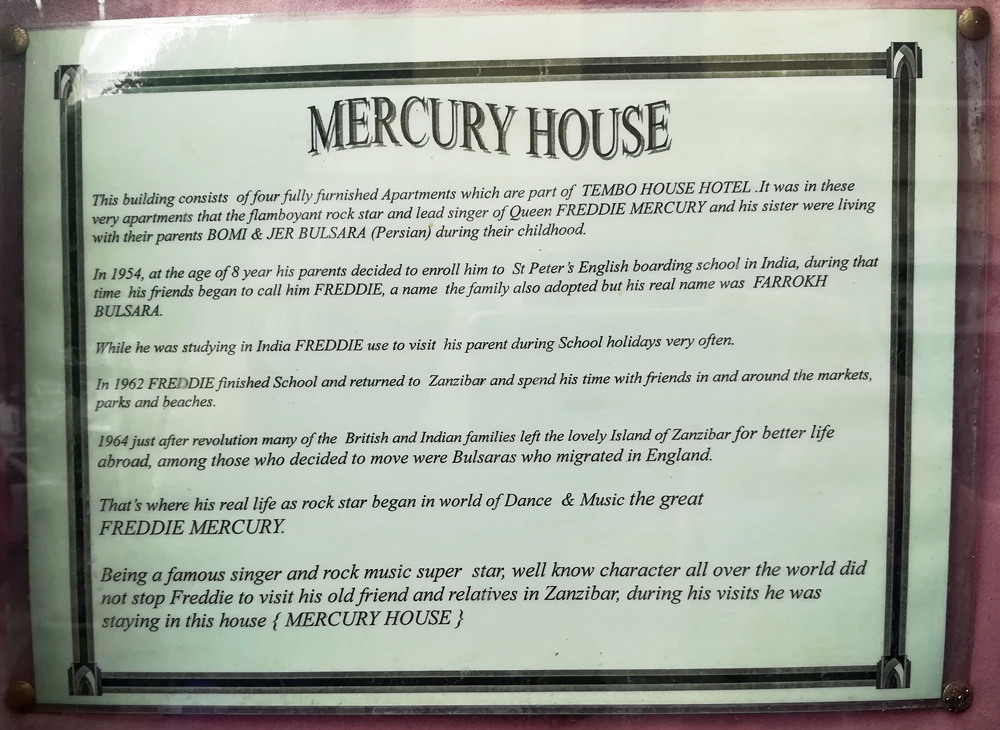 History of Mercury’s life in Zanzibar

Mercury was born Farrokh Bulsara on September 5, 1946 in Zanzibar to parents who were Indian (Parsi/Persian.) He lived in Zanzibar as a child but moved to India to study at age 8, returning to Africa mostly during breaks and holidays.

He returned to Zanzibar briefly at age 17 before his family fled to England to escape the Zanzibar Revolution.

The question of where Freddie actually lived while in Zanzibar does not have a definitive answer. A handful of locations claim to be the spot where Mercury was born or lived, but none can be confirmed with 100% accuracy. The one that is semi-officially recognized (at least by Google) as “The Mercury House” is the one being profiled here.

Even the Mercury House itself does not claim to be Freddie Mercury’s birth house. The signage on the building says only that Mercury “spent his childhood years here,” but it doesn’t specifically say that he was born here.

So it’s possible this isn’t his actual birth home, but it’s the one currently being celebrated. 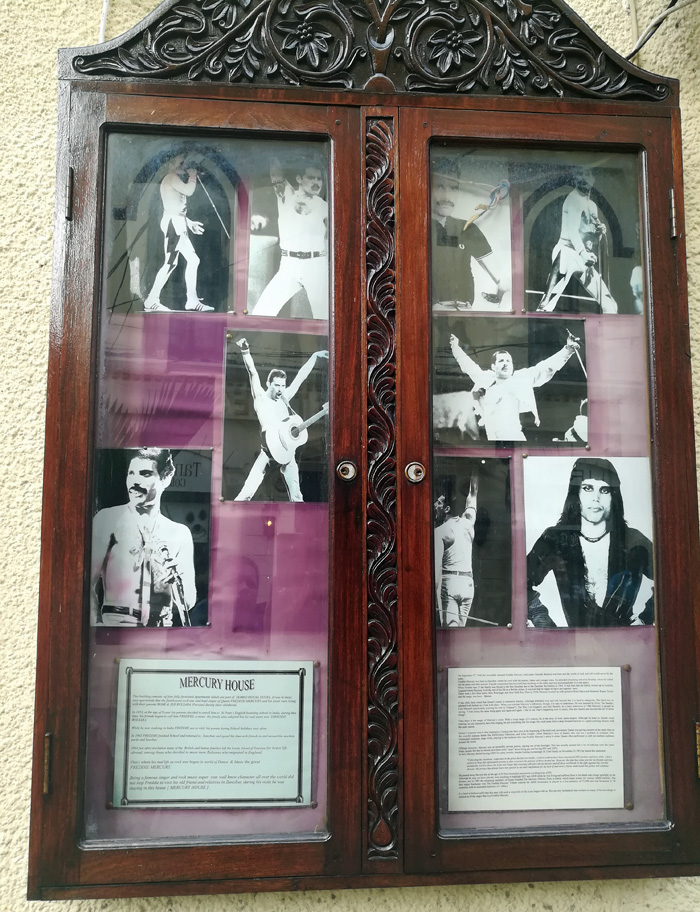 Other sources report that locals say that Mercury’s family once lived in the building on Kenyatta Road where Camlur’s Restaurant (now closed) is located. Freddie and his parents probably found themselves in a few different places while they lived on the island.

So, the Mercury House may or may not be Freddie’s actual birthplace. But it’s currently the spot being recognized as a place where he did live, at least for a while.

It’s the spot with all the memorabilia on display, and the place where tourists go to take their selfies. 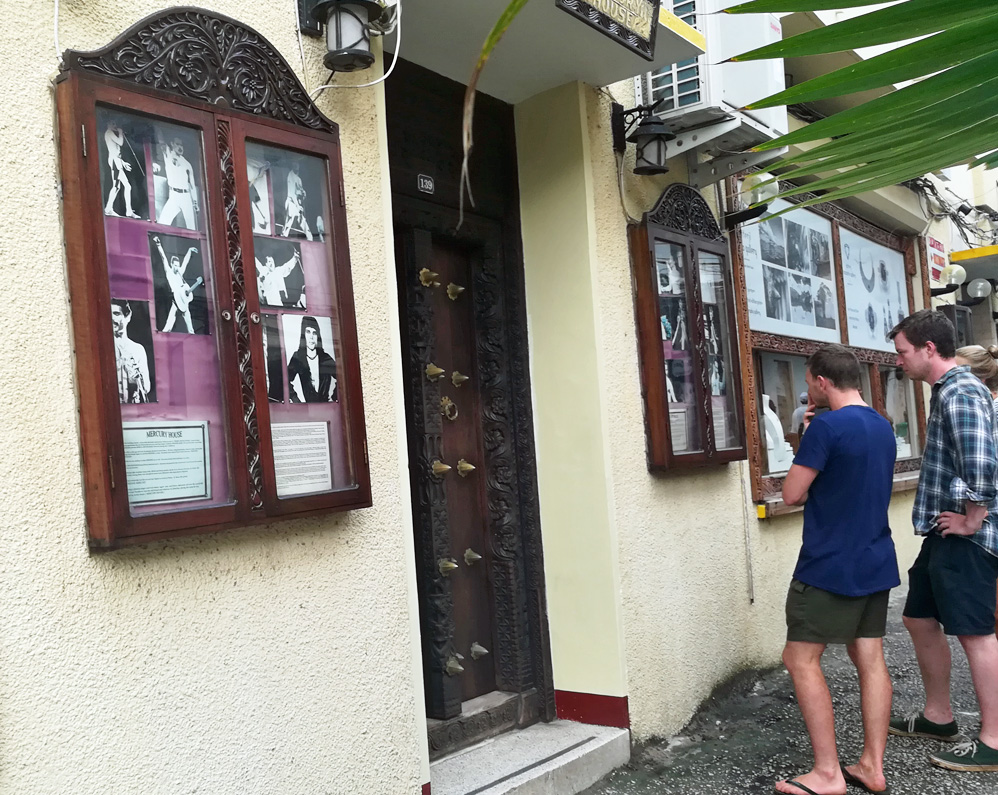 To visit, you’ll need to either fly directly to Zanzibar’s modest airport, or take a ferry from Dar es Salaam on the Tanzania mainland. The ferry lands in Stone Town, a busy neighborhood where tourists typically stay.

The Mercury House is less than a 10-minute walk from the ferry terminal, with lots of tourist shops and restaurants on the surrounding blocks.

When I visited, a bunch of locals were loitering in the general vicinity on the busy street, but that is not unusual, nor should it cause you to feel the area is unsafe. Worst case scenario is you may get a few people trying to sell you something.

There isn’t a ton to see at the Mercury House. The main thing you’ll notice are display cases on either side of the large, decorated wooden door. These cases show photos of Freddie and explain some of the details of his life. 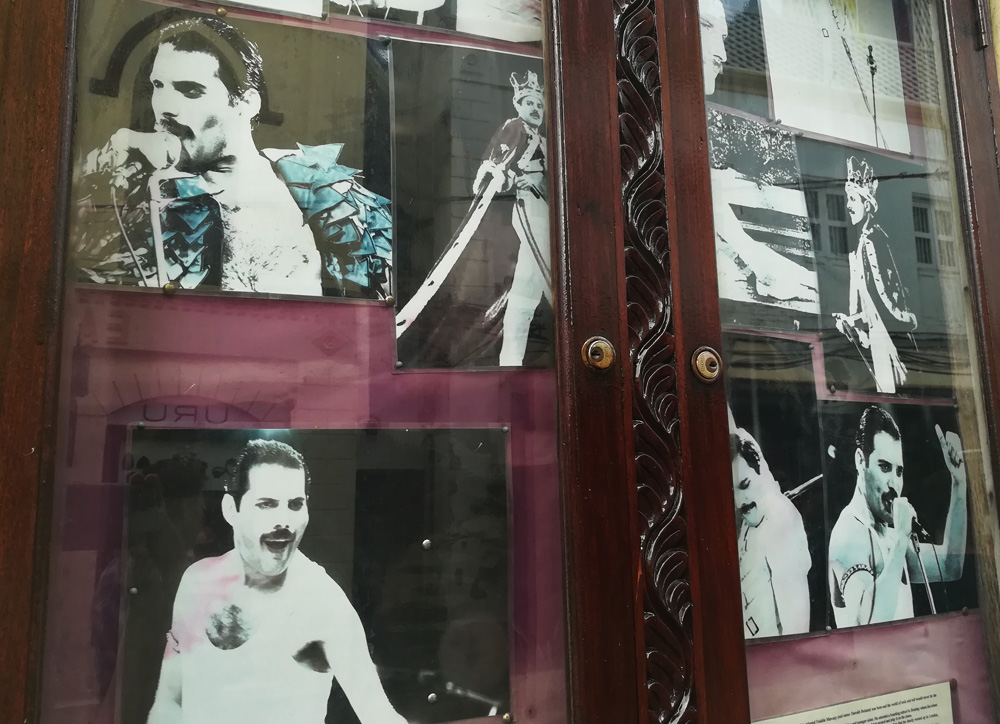 You’ll also see the big wooden door, adorned with gold-colored fixtures and an ornately-designed door frame. You won’t be able to go inside, but then again it’s entirely possible that Freddie Mercury never went inside this building, either. Who knows?

In any case, the Mercury House is a spot to acknowledge the singer’s childhood and feel part of the history of Zanzibar, regardless of how much of his life he might have spent here.

Note: Don’t assume that the island’s embrace of Mercury means that LGBT visitors are welcome. Tanzania is one of the most fervently anti-gay African countries, and people can be jailed here for 30 years or more for gay acts.

In Zanzibar, they celebrate Mercury without ever mentioning his sexuality. Vice wrote an interesting article on the subject a while back called “Zanzibar has a Freddie Mercury problem.” 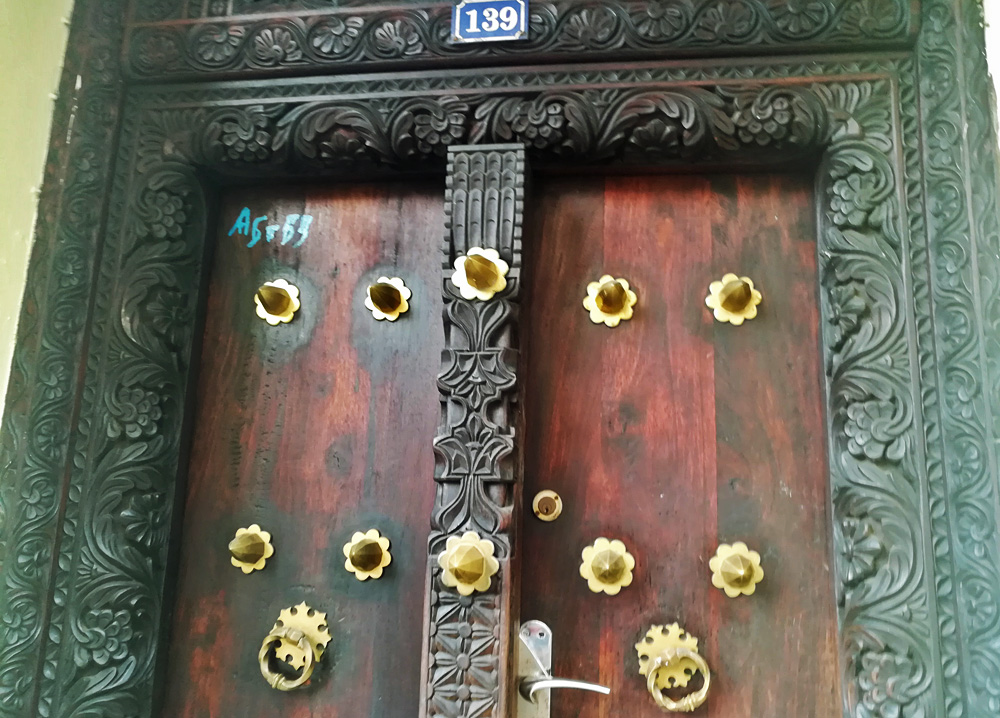 For Zanzibar visitors looking for a little more Freddie Mercury in their lives, check out the popular bar/restaurant near the ferry called Mercury’s. Although the establishment has photos of Freddie on its walls, it was merely named after the singer as a tribute.

It has no actual history with Freddie Mercury, and he spent no time there. But if you want to hang out with tourists, have expensive drinks, and hear a few Queen tunes, it’s not a bad place to spend an evening.

What are your favorite Queen songs? Mine are the iconic “We Will Rock You,” plus some lesser-appreciated gems like “I Want it All,” “The Show Must Go On,” “Hammer to Fall,” and, of course, “I’m Going Slightly Mad,” which could be the tagline for this blog!

If You’re Going: The Mercury House in Zanzibar, Tanzania