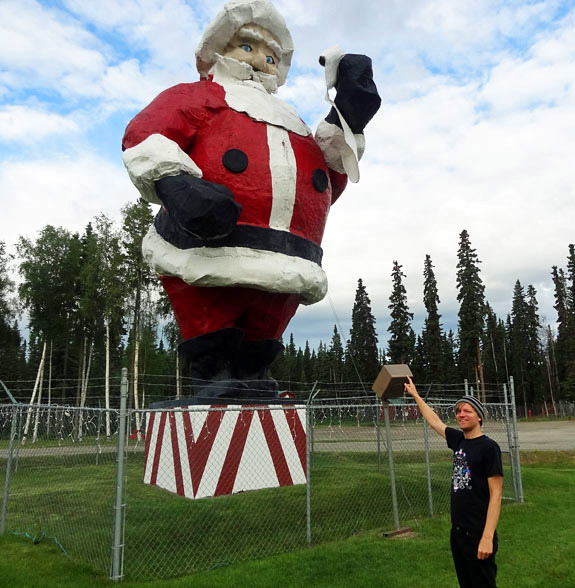 What if Santa was 42 feet tall and made out of fiberglass? That’s the reality in the town of North Pole, Alaska, where the world’s largest Santa Claus statue stands outside the Santa Claus House, which resides on St. Nicholas Drive. Could this place get any more Christmasy? Nope! And that’s the appeal.

Weighing in at 900 pounds, the statue was built for the World’s Fair in Seattle in 1962 but rightfully found its way to North Pole. How much paint is needed to give Santa color? Try three gallons of black, five gallons of white, and 10 gallons of red.

The statue was purchased by the house in 1978 and driven on trucks to North Pole. It had to be separated into four pieces in order to fit underneath highway overpasses. The Santa statue required significant repair before it was permanently put on display in 1983. 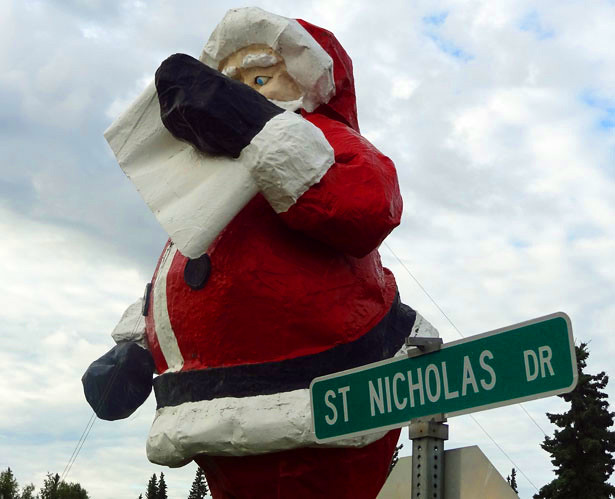 Is this really the biggest Santa Claus in the world?

That’s actually a matter of opinion. According to the Guinness Book of World Records, the largest Santa was 69 feet tall and was created by the town of Agueda, Portugal in 2016. It was constructed from 8 tons of aluminum and iron and adorned with Christmas lights.

However, it’s unclear whether the Agueda Santa is meant to be a permanent attraction, or if it will be removed at some point. The Agueda Santa was designed to increase tourism and name recognition of the city. As of 2020, it’s still standing.

The Santa statue in North Pole, Alaska has been standing for many years and it’s not going anywhere. So for now it’s either the world’s largest Santa Claus, or it’s in second place. Time will tell which Santa can outlast the other to become the biggest Santa Claus in the world for all-time!

Santa would be worthless without his reindeer, and the Santa Claus house has four reindeer that live outside in a pen. The house offers a tour called Antler Academy that allows kids ($8) and adults ($13) to go inside the pen to meet the reindeer. 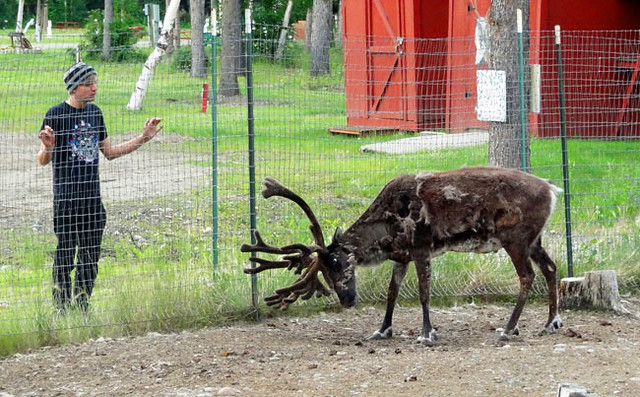 Inside the Santa Claus house, you’ll find a life-size nativity scene, six-foot plush moose and polar bears, and much more. But even if the house itself is not open, you can stop by and view the giant Santa statue and reindeer.

There’s a Sweet Shop known for its cookies and fudge (yum!) You’ll also find a selection of holiday ornaments and gifts. It’s just like the shops in the city of Santa Claus, Indiana. 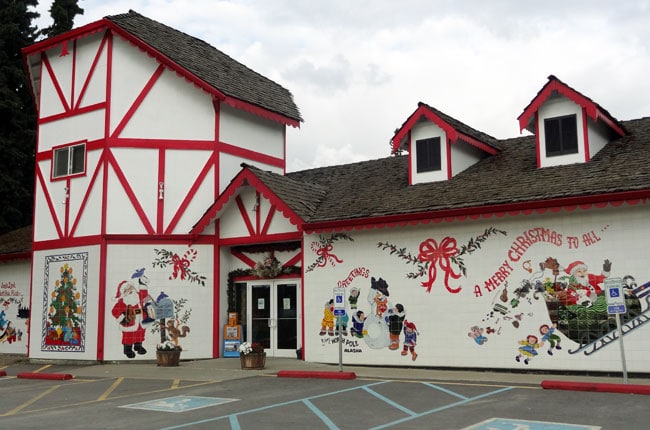 The Santa Claus House has existed since 1952, owned by the Miller family. Its location had to be moved once, after a new highway bypassed the location of the old house.

Celebrate Santa all year long at this quirky attraction in North Pole. It’s a cool part of any Alaska road trip, and it’s one of the best Christmas getaways in the USA!