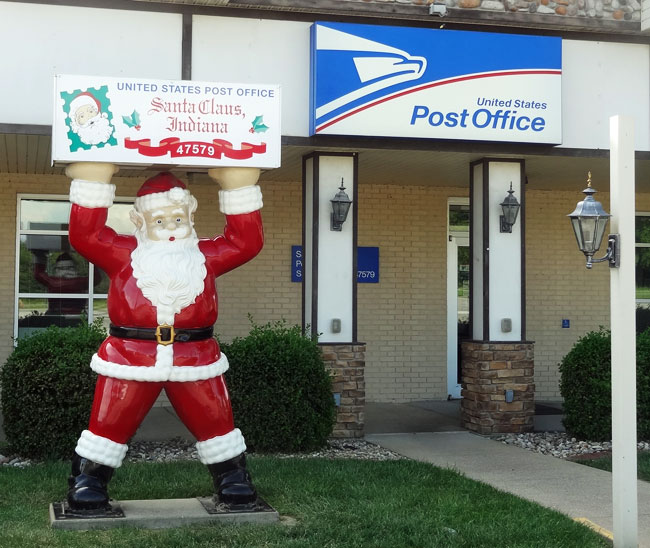 “Please be good. Santa is watching!”

The sign on the counter of the gift shop essentially sums up the community of Santa Claus, Indiana, a town of 2400 people where Santa is more than a fictional holiday character. Here, he’s a real figure who permeates every corner of the town. Grocery stores, fast food restaurants, and even liquor stores and doctor’s offices feature the jolly fat guy as part of their name and logo, so he’s watching over you no matter where you go. 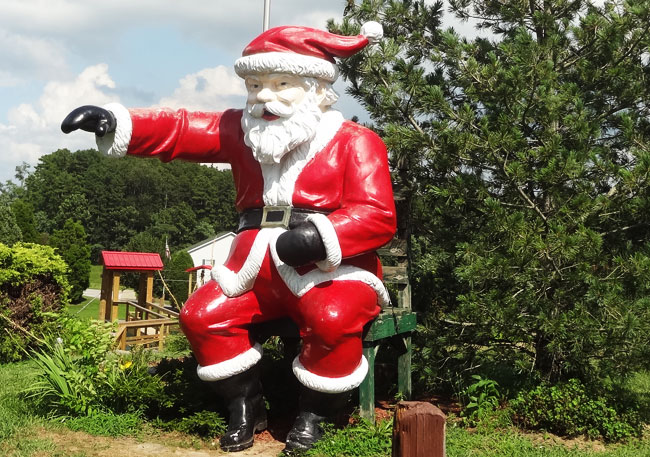 Things To Do in Santa Claus, Indiana During Your Visit

I thought that North Pole, Alaska was a Santa-crazed town, but Santa Claus, Indiana takes it to another level! This is what Town Hall looks like: 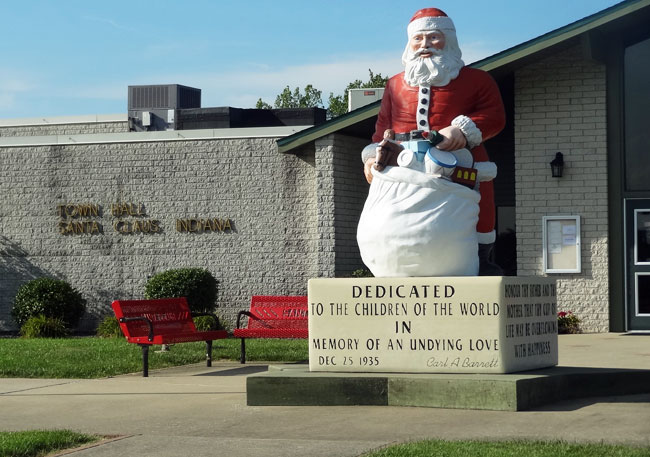 Local businesses all across town get in on the Santa action. 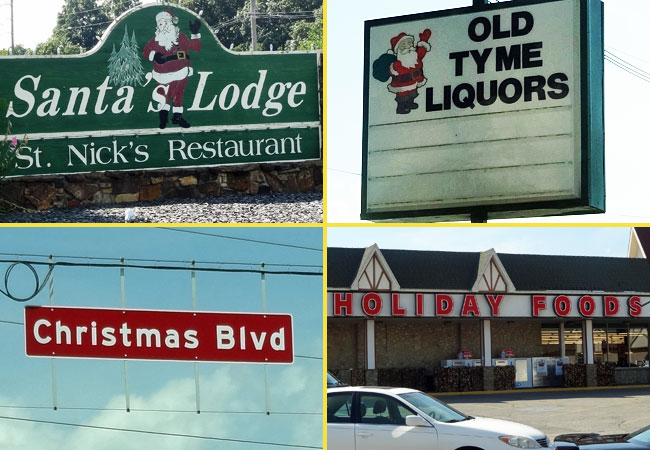 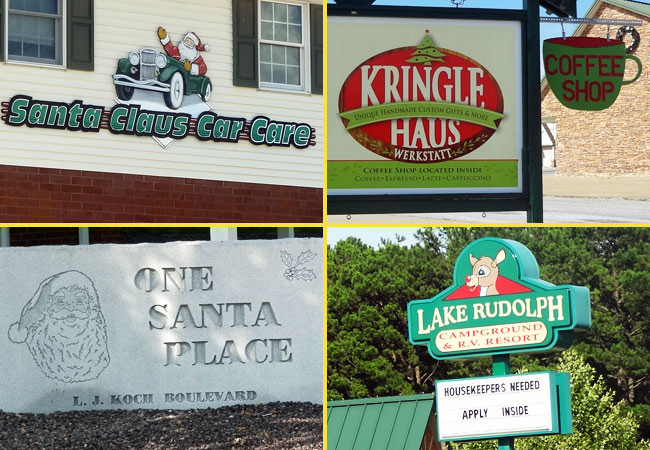 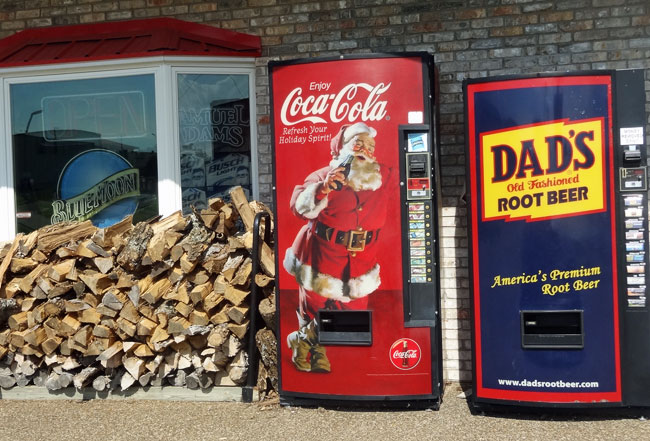 The first place you might want to stop as a tourist in Santa Claus is the Santa Claus Christmas Store, which has a massive collection of gifts. Also located in the same outdoor plaza is Santa’s Ornament Shop. Cool finds in these stores include NFL team tree ornaments, elaborate nativity scenes, and Nutcracker action figurines. 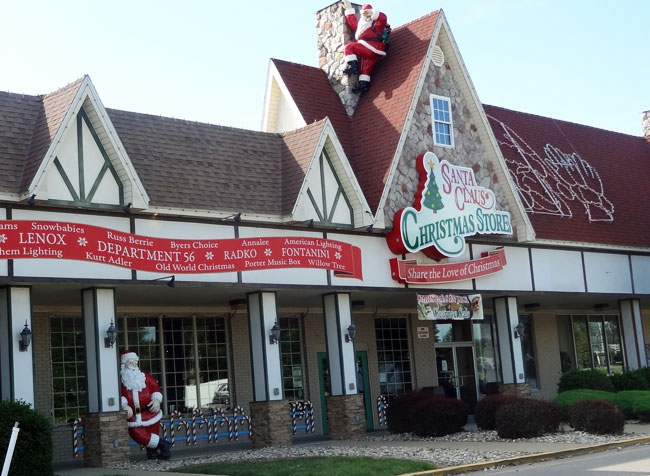 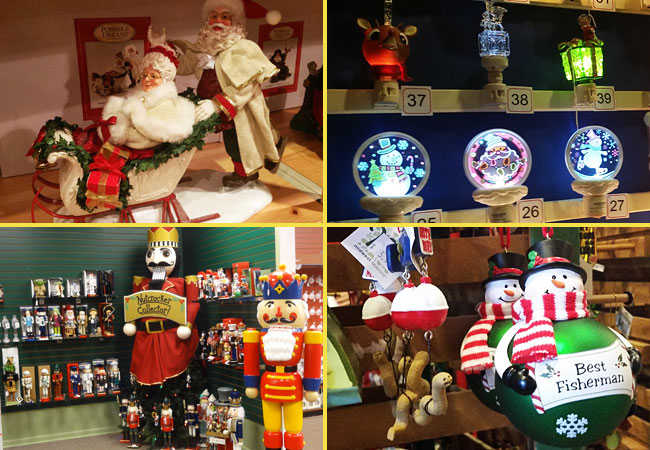 Also worth checking out is the Santa Claus Museum and Village. In a town full of Santa statues, the one sitting outside the museum might be the most impressive. Built in 1935, the newly-restored statue is 22 feet tall.

Another must-visit in the Indiana town is Santa’s Candy Castle, which looks like something out of a children’s fairytale. Here you can find candy and chocolates of all kinds, including an entire wall of Pez! 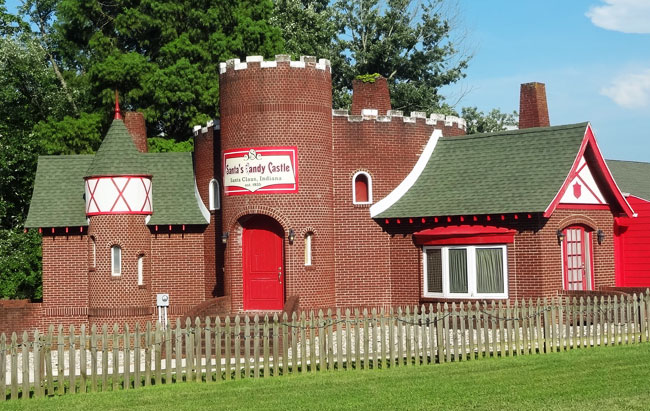 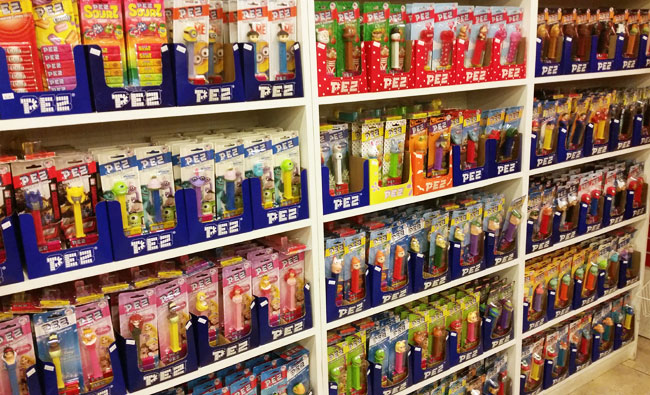 The Candy Castle also makes homemade popcorn in all sorts of awesome flavors (such as watermelon, banana, and sugar cookie), and their specialty beverage is a “frozen hot chocolate” that was one of the most rich dessert drinks I’ve ever had the pleasure of tasting.

This time of year, Santa Claus, Indiana is surely a popular destination for folks living in the Midwest, but even if you visit during the summer like I did, you’ll be blown away by how Christmasy the town is. 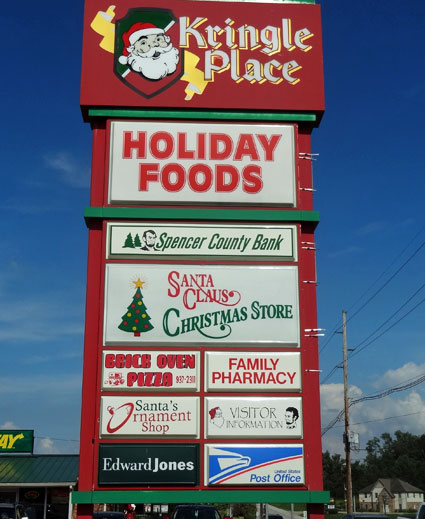 The Holiday World theme park is one of the coolest things to do in Santa Claus, Indiana. I didn’t leave myself enough time to visit the park, because I figured a small-town amusement park wouldn’t be anything special. Turns out, it had some impressive-looking coasters! In fact, it’s one of the coolest places to visit in the state of Indiana.

Holiday World is paired with a Splashin’ Safari water park, so during the summer months the kids can enjoy the water slides and coasters together. That makes Santa Claus a surprisingly fun family vacation destination. The park is open everyday in June and July, and most days in May and August. It’s also open on some weekends in September and October. Holiday World is closed the rest of the year. See the park’s hours and dates here.

As of 2019, tickets for Holiday World cost $54.99 per person if purchased at the gate (yikes!), but they are usually $5-15 cheaper when bought in advance online. You can often find cheap tickets or discount coupons if you search online. And tickets are also discounted for seniors and for children under 54 inches tall.

In the summer months of June through August, Santa Claus weather sees high temperatures in the 80-90⁰ F range. During the winter, high temps are in the 40⁰ range. Spring and fall have varying highs, usually between 50⁰ and 70⁰. 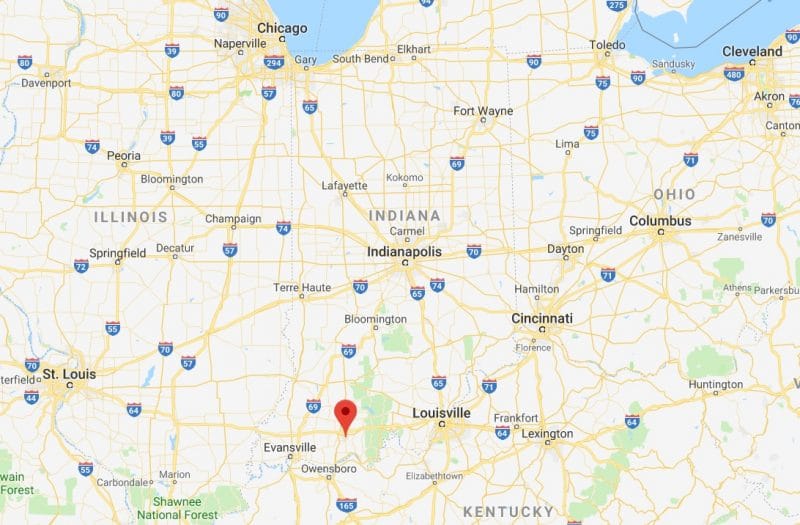 Santa Claus is within driving distance from major Midwest cities like Chicago, St. Louis, Louisville, Indianapolis, Columbus, and many more.

The population of Santa Claus was 2,481 at the time of the last census. That still make it the largest town in the county!

Despite its small size, the town has plenty of lodging options due to its status as a tourist destination. Santa Claus, Indiana hotels range from basic roadside hotels like Quality Inn and Comfort Inn to more interesting places like lakefront resorts, cottages, and cabins. Here are a few places you may want to check out:

Lake Rudolph Campground & RV Resort: The closest lodging to Holiday World is the Lake Rudolph Campground. It’s only 0.2 miles away, and they have free wifi, a swimming pool, and a free shuttle to the park. There are cabins and cottages, and you can even rent out an RV with a kitchen and bathroom. This is your best bet for camping in Santa Claus, Indiana.

Santa’s Lodge: Only a half-mile from Holiday World, Santa’s Lodge is a quality hotel with standard rooms, king suites, and whirlpool suites. It’s a good family option, since it has kid’s ziplines, bounce houses, paddle boats, and fishing activities.

Santa’s Lakeside Cottages: This lakeside resort is 2.5 miles from Holiday World but still located close to all the other things to do in Santa Claus, like Abe LIncoln’s Boyhood Home and the Christmas Store. The 30+ cottages are scenically located around lakes and ponds. They start at $99/night during low season and can go for more than $300/night during summer weekends.

Dining in Santa Claus is pretty basic. There aren’t any five-star restaurants. In fact, don’t read the Yelp reviews – most places are 3 stars or less. Just resolve yourself to a meal of comfort food, burgers, pizza, and ice cream. If you’re not interested in the Subway sandwich shop, here are a few other options. 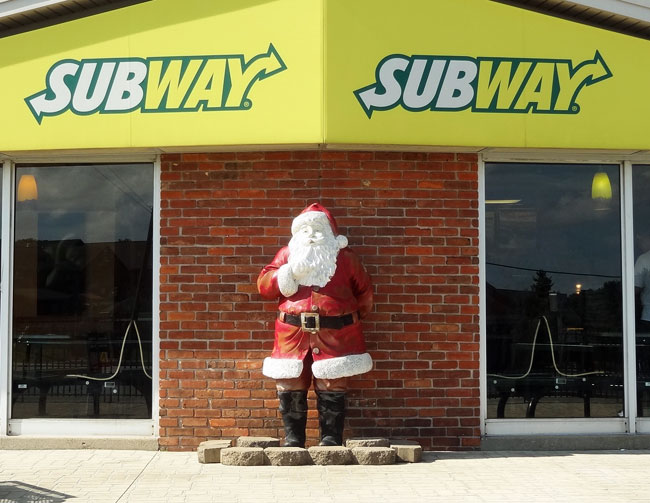 St. Nick’s Restaurant: Located in Santa’s Lodge and open to the public, St. Nick’s is probably the nicest restaurant of the bunch. You can get sirloin steak or catfish fillet, or basics like spaghetti and chicken tenders.

Frosty’s Fun Center: Frosty’s is an arcade and restaurant specializing in ice cream, but they also have things like burgers, a large variety of pizzas, taco salads, and breakfast burritos.

Brick Oven Pizza: Based on the reviews, you may want to avoid this place unless you’re desperate.

If you live in the Midwest, consider making Santa Claus your holiday getaway this Christmas season! 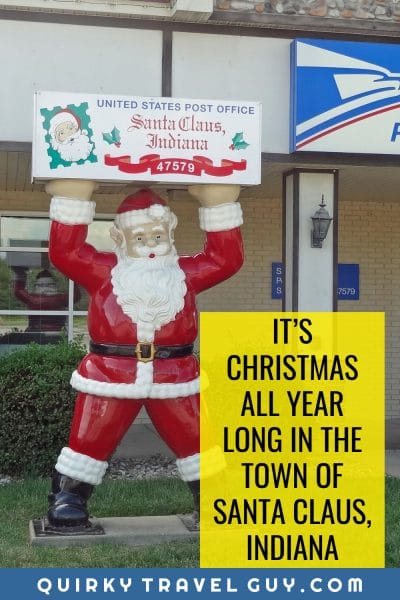