Portland, Oregon is an awesome city with a lot of cool neighborhoods, but perhaps my favorite is the Hawthorne District. It’s a collection of funky shops, thrift stores, restaurants and attractions that is my favorite place to visit in the PDX.

“Bohemian” might be a good word to describe the area, but nobody really uses that word anymore since it’s slightly vague and kind of old-fashioned. Just think of it as that cool area with thrift stores and bike lanes and lots of eccentric artsy people among its population. 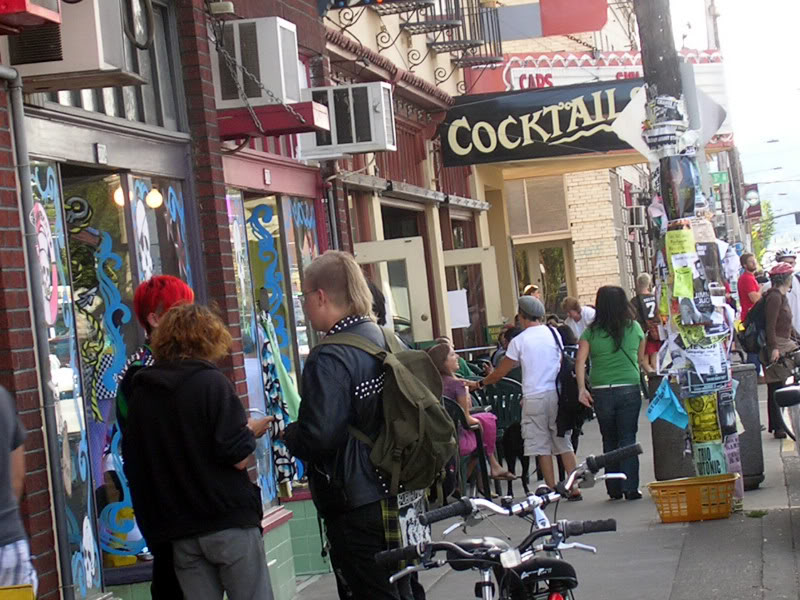 SE Hawthorne Boulevard is the main artery running through the ‘hood. If you’ve seen any episodes of Portlandia, there’s a decent chance you’ve seen scenes that were set in this area. I’ve visited twice over the years – here are some of the things I like to see and do in the Hawthorne District of Portland.

The first time I visited the city, I stayed at the Portland Hostel, which remains one of the coolest hostels I have seen to date. It offers dirt-cheap lodging in a walkable neighborhood.

I stayed there without a car and was fine getting around by foot and bus. Public transit in the PDX is excellent.

Hawthorne is home to the Bagdad Theater and Pub, which I’ve already mentioned as one of my favorite places in Portland.

There’s also a small branch of Powell’s Books, another of my favorite things about Portland. This one isn’t nearly as big as the original, but if you’re too lazy to go all the way to the Pearl District, the smaller branch may suffice.

I loved all the independent stores. In between quality meals at Mexican and vegetarian restaurants, I made some sweet thrift store finds at the Buffalo Exchange. A lot of the storefronts were eye-popping, like this place, which reminded me of an indie Hot Topic. 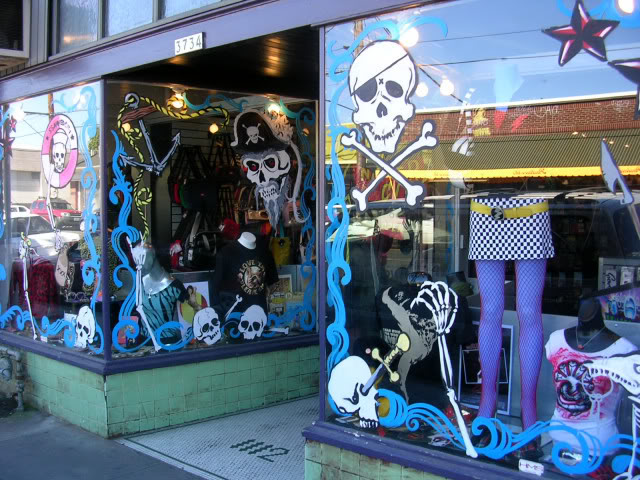 I hear the Cup & Saucer Cafe is good for breakfast but I didn’t get a chance to stop in. 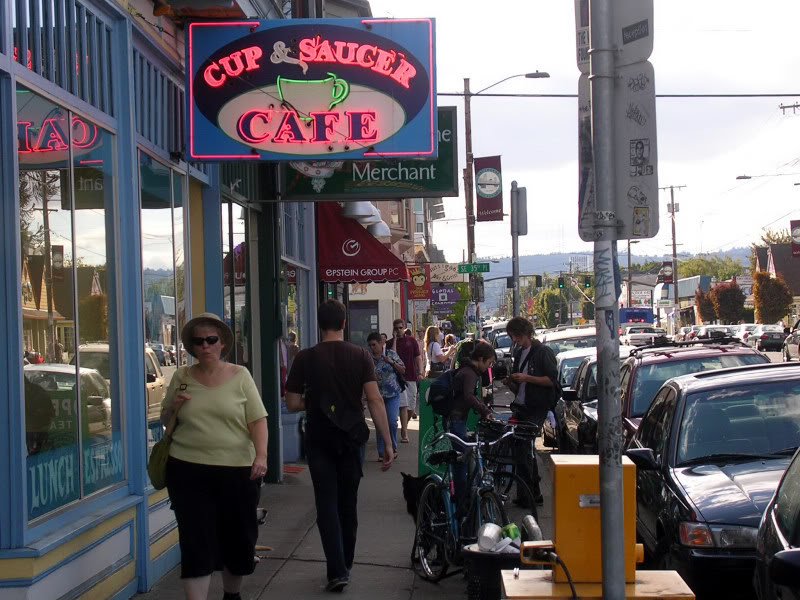 The neighborhood also has music. I saw the Ditty Bops in concert on my last trip to the city. The Hawthorne Theatre has a busy schedule of upcoming concerts. Right now the calendar shows mid-level national acts like G Love & Special Sauce, Olivia O’Brien, Lightning Bolt, Monster Magnet, and Anti-Flag. 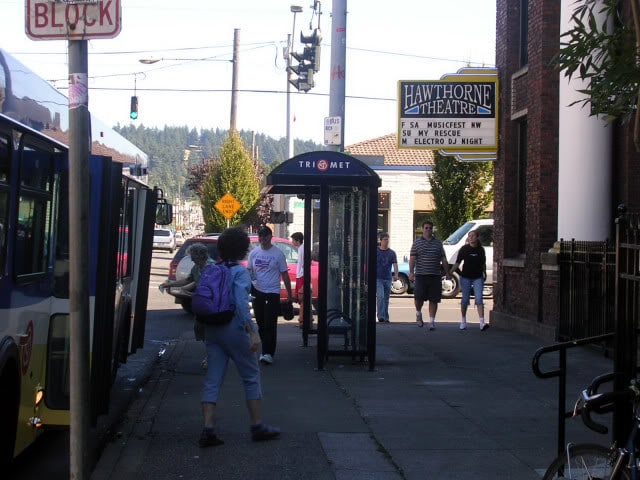 And the Hawthorne District even offers a nature escape, because that’s where you’ll find Mount Tabor, the extinct volcano in Portland that has hiking trails, tennis and basketball courts, a dog park and a view of downtown. 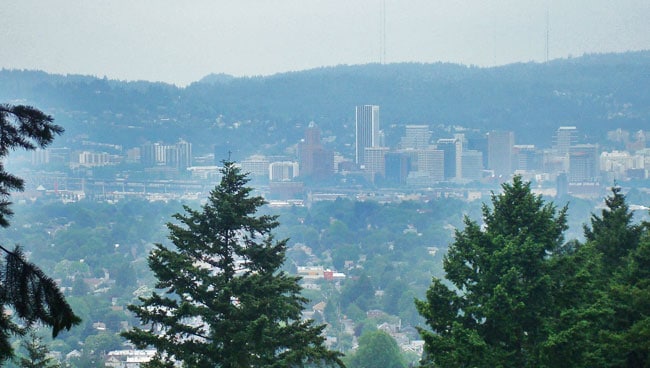 Things To Do in the Hawthorne District These Days

I visited Portland again last year and saw that the Hawthorne hadn’t changed a ton. Sure, a few new storefronts and restaurants had popped up, but the place still had the same vibe it did roughly ten years earlier. There’s some interesting street art if you look around corners. 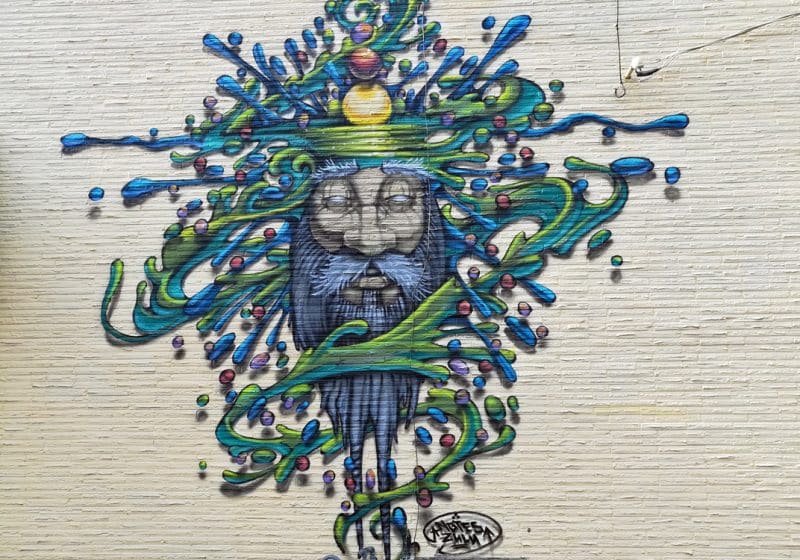 As for things to do, many of the earlier recommendations hold up: Bagdad Theater, Powell’s Books, and Mount Tabor. Catch a show at the Hawthorne Theater if there’s a good band in town.

Walk down Hawthorne Blvd. to get a feel for the neighborhood and find random businesses to stop in. I found an awesome gift store called Asylum that has all sorts of cards, magnets, and fun trinkets. 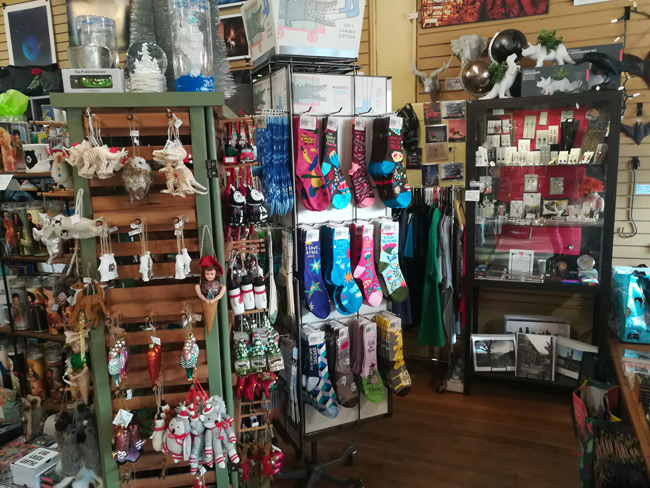 If you’re a thrift store addict like me, stop into all of the secondhand shops. Crossroads, Buffalo Exchange, and Goodwill all have stores here, but the best is Red Light Clothing Exchange, which has a large collection and the coolest store design with its bright red exterior.

For food, there are a ton of options, ranging from coffee shops and pizzerias to more modern places like 3 Doors Down Cafe (which, despite its name serves upscale Italian food) and ¿Por Que No?, the funky-looking Mexican restaurant that serves a lot of Oaxacan dishes.

And the Cup & Saucer diner is still there, too!

What are you favorite things to do and places to go in the Portland Hawthorne District?

4 thoughts on “Love for the Hawthorne District in Portland, Oregon”