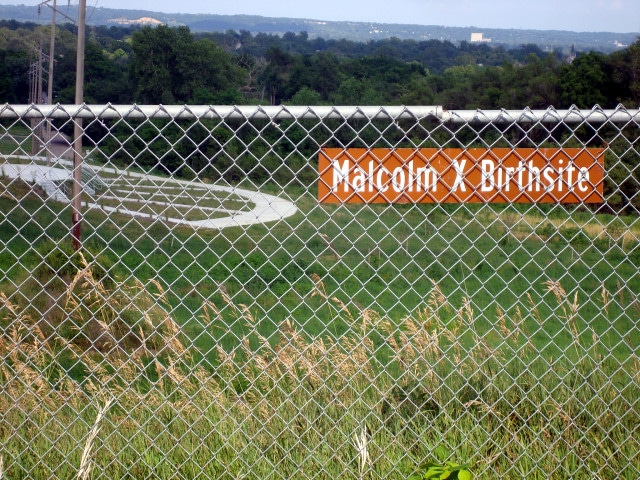 Malcolm X is viewed as a controversial figure in some circles, but regardless of how one feels about him, it’s always interesting to see the birthplaces of famous individuals. Especially in his case – who knew that the civil rights activist was born in Omaha, Nebraska?

The actual house in which the baby then known as Malcolm Little first lived was torn down decades ago. Little was actually born in 1925 in nearby University Hospital, but this site is recognized as his birth home. Malcolm apparently didn’t live there long; he said that his family left for Milwaukee in 1926 due to threats from the KKK.

The Malcolm X birthsite on Pinkney Street has come a long way since my first visit there a decade ago. Back then, there was just a wooden sign hanging on a fence. Today, the site has more to offer visitors, including a national historic marker.

Where to find the Malcolm X birthplace

The traditional address of the site is 3448 Pinkney Street. But you may also see 3448 Evans Street listed as the location. That’s because there’s a 14-acre memorial in development taking up the better part of a full city block. Both addresses lead to the same spot. 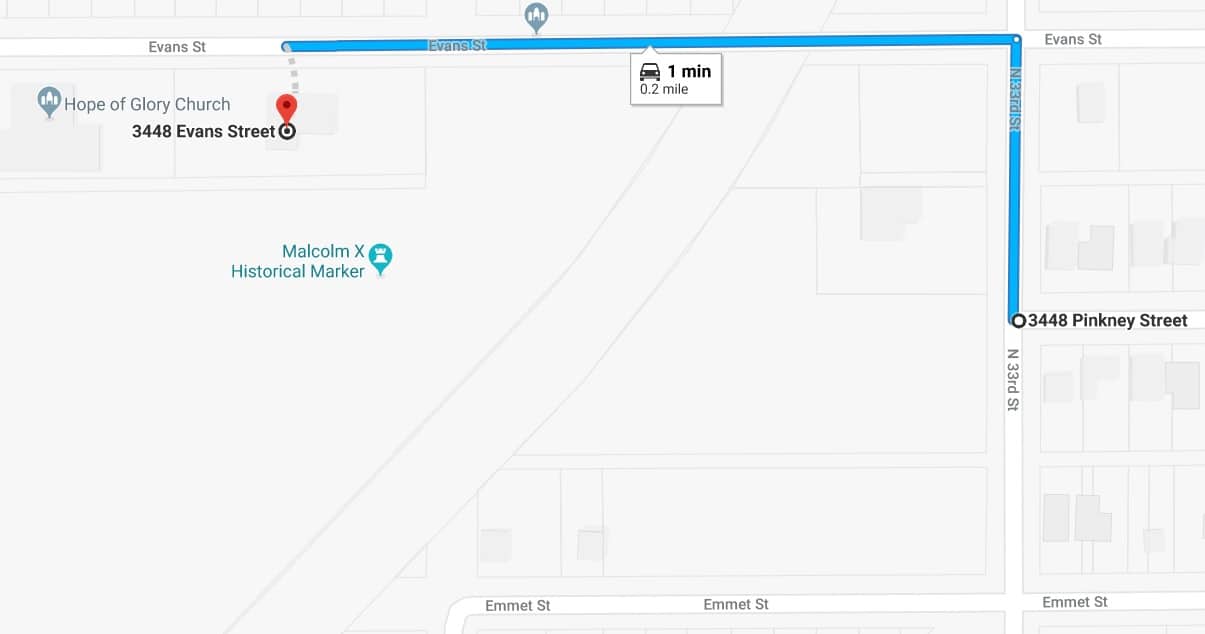 For a long time, the sign hanging on the fence at the intersection of Pinkney and 33rd was the only indication that Malcolm X had lived here. But now there’s the Malcolm X Foundation, visitor center, and a historic marker describing Malcolm’s life. The foundation aims to “perpetuate his uncompromising leadership and contributions towards social justice.”

The foundation hosts community and entertainment events as well. As of this writing, the foundation’s website lists upcoming events such as: weekly yoga nights, the Sol and Music Food Festival, an outdoor concert from singer Donell Jones, and an annual week-long celebration in recognition of Malcolm X’s birthday, May 19.

Those who are truly interested in Malcolm X and his history might want to plan ahead to make sure you can visit the foundation and access it archives.

READ NEXT
Visiting the Last Blockbuster Store in the World in Bend, Oregon!

Behind the foundation, closer to Pinkney Street, sits the proper historical marker. Portions of the sign read, “El-Hajj Malik El-Shabazz was born Malcolm Little at University Hospital in Omaha, Nebraska, May 19, 1925… Malcolm X formed the Organization of Afro-American Unity in 1964 and become renowned as an articulate spokesperson for human rights.” Perhaps someday there will be a full-fledged museum here.

As of now, the site has volunteer board members on site every Saturday between 10 am and 6 pm to greet guests. If you visit any other time, you’ll be on your own, and it’s possible the gate to the site may be locked. The site is located in a part of town that some tourists describe as sketchy, but visiting during the daytime is fine.

The Malcolm X birthsite in Omaha is listed on the National Register of Historic Places. Perhaps some day, this location will be as developed and popular as the Martin Luther King Historic Site in Atlanta. For more information on Malcolm X, read his autobiography.