When I attended the Fathom cruise in the Dominican, one of the coolest side trips was riding the Puerto Plata cable car, known locally as the Teleferico.

This aerial tram takes guests to the top of the Isabel de Torres mountain overlooking the city of Puerto Plata on the northern side of the country. It’s one of the coolest things to do in this part of the country. 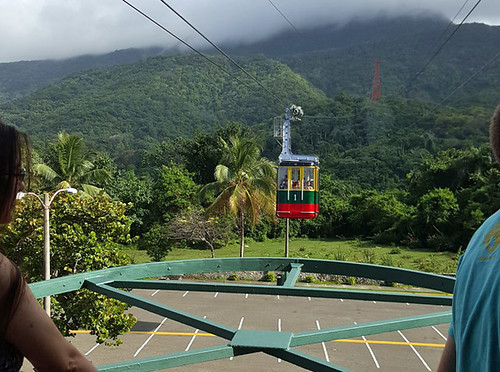 About the Teleferico in Puerto Plata

Built in Italy, the Puerto Plata Teleferico has been operating since 1975. The ride to the top is just 10 minutes, and it takes visitors up 2625 feet to Mount Isabel de Torres, which is actually a national park.

There are two cable cars, so one will be going up while the other is going down. Each car has a capacity of 20 people.

Currently, payment is $10 USD (cash only) for the round-trip ride on the tram. Local guides often try to offer their services, but you can simply decline.

Getting reliable statistics on the Teleferico is difficult, but one website reports that roughly 20,000 people visit the top of the mountain on the Puerto Plata cable car each month.

At the top, you’ll find a botanical garden, nature reserve, gift shop, Dominican restaurant, and mini-sized statue of Christ the Redeemer, similar to the one in Rio De Janeiro.

Billed as the first cable car in the Caribbean (one was later opened in Santo Domingo), the Teleferico is open everyday until 5 pm. After paying a small fee, you step inside the car and begin heading up the mountain. 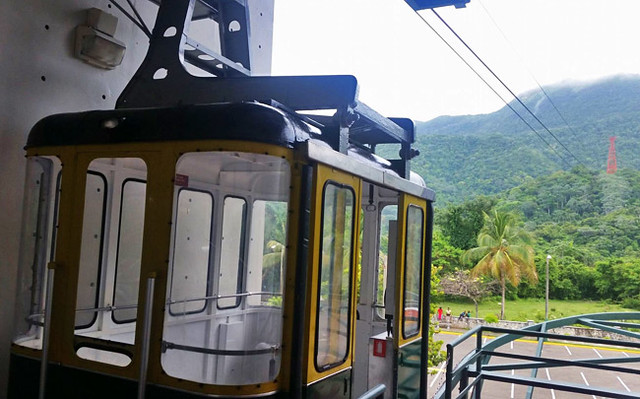 The scenery becomes more and more awesome as the town, the beach, and the mountain trees come into view. 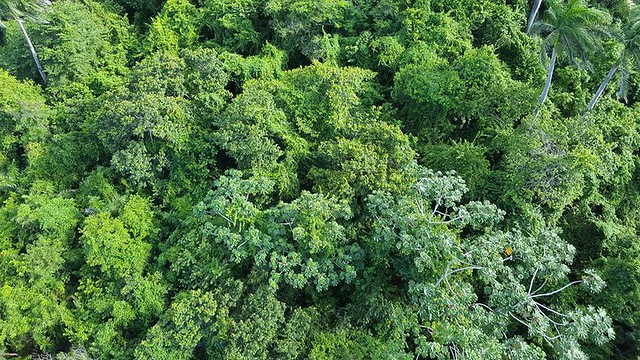 Guests are advised to go early in the day, before the clouds roll in and block the view. Unfortunately, we did not take this advice to heart.

As a result, by the time we got close to the top, we were soaring through the clouds and got a nice view of fog. Next time, we will know better! 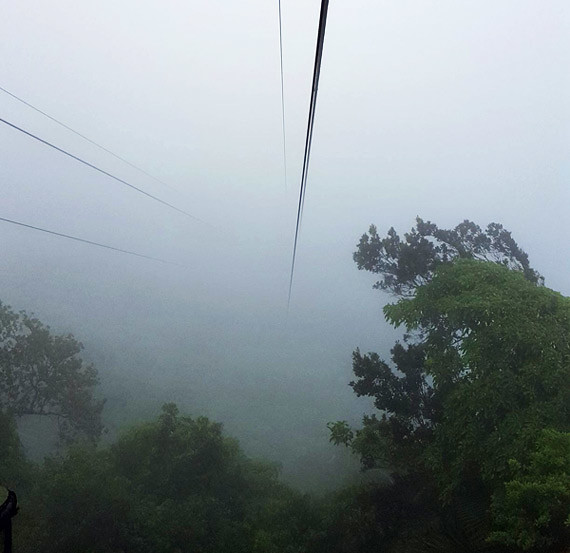 At the top of the mountain, we found souvenir vendors, along with the garden and mini Christ the Redeemer.

My cruise friends and I made sure to take a bunch of pics with the statue. This unexpected side trip became one of the highlights of the visit. 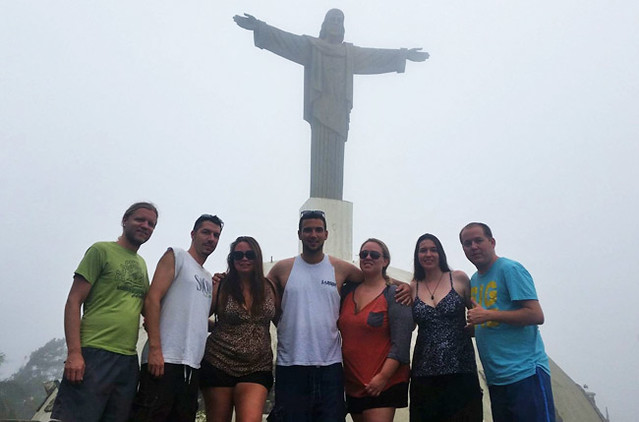 The Puerto Plata cable car used to have an official website, but it’s not functional as of this writing. You can find them on Facebook for now.

Has the skycar ever broken down? That sort of thing is rare, but yes, it has happened. In 2021, 32 people (16 in each car) were stuck suspended in the air due to a pulley that malfunctioned.

Emergency personnel worked non-stop for 15 hours to get everyone to safety, and they were all rescued unharmed.

The pulley that broke down was repaired, but the Puerto Plata Teleferico was closed down for more than 4 months anyway. The cable car is now full reopened, though it does close occasionally for a few days at a time for preventative maintenance. 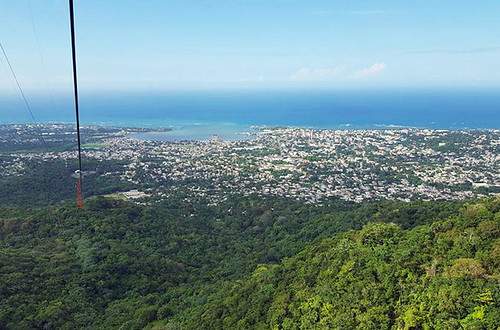 Take a look at our lengthy article with more background about the city of Puerto Plata and the many things to do while you’re in town.

While you’re in Puerto Plata, consider also checking out the 27 waterfalls tourist attraction in the jungle, or the Dominican Amber Museum!

Would you consider riding the Puerto Plata cable car?