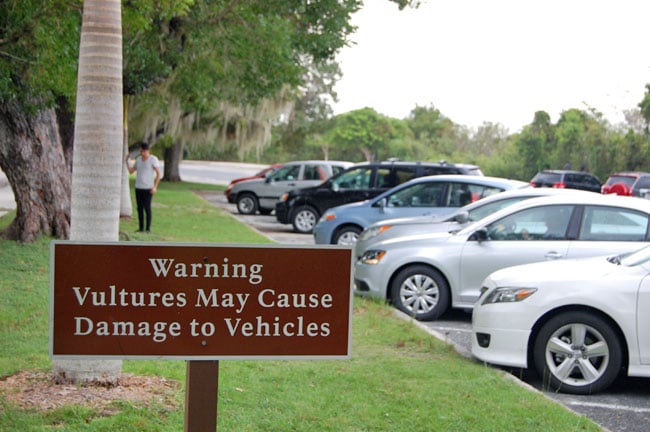 I was a little skeptical of the warnings I had heard from the park rangers. Come on… the vultures will actually attack your car in the Everglades? I don’t believe that!

Then I made it to the Royal Palm Visitor Center and the beginning of the Anhinga Trail, the best place to see alligators in the Everglades. And there they were… a few vultures doing their best to snack on the rubber in windshield wipers and on roofs.

Battling Everglades vultures when you have a rental car in Florida

As someone who was driving a rental car, the knowledge about vultures defacing vehicles worried me a little. Sure, I had the insurance, but you can never figure out exactly which kinds of damage are actually covered in those rental car agreements.

On the other hand, unless I wanted to pass up the chance to see alligators, I had to leave the car and take my chances. I discovered that the vultures were staying toward the far end of the lot, where foot traffic is at a minimum. That’s your tip: Park near the trailhead as close as possible, next to the other cars. Don’t park at the lonely far end of the lot.

When I returned after an hour, my car was fine. Others were not so lucky. The vultures were ripping up the windshield wipers and biting the rubber on the roof of one vehicle. 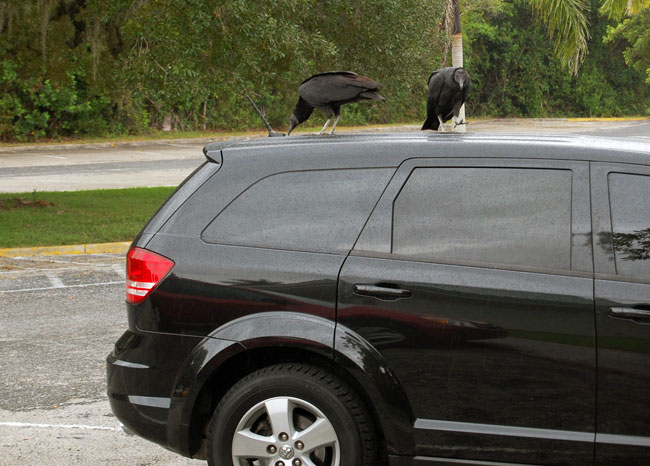 I didn’t see any significant damage to the vehicle, and before long, one man ran toward the car yelling, which chased the vultures away. For a short time. They didn’t go far, hanging around in the trees above, just waiting for another victim. 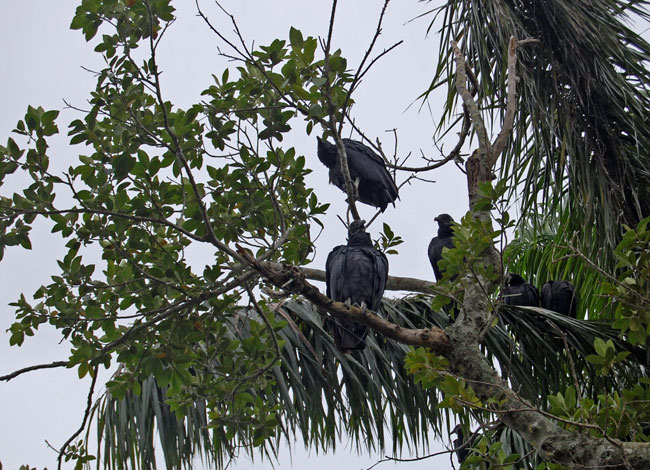 One visitors to Royal Palm tried to be smart by placing a large car cover on top of their vehicle. It didn’t work. The vultures apparently chewed right through the tarp to get at the rubber. Those savages! 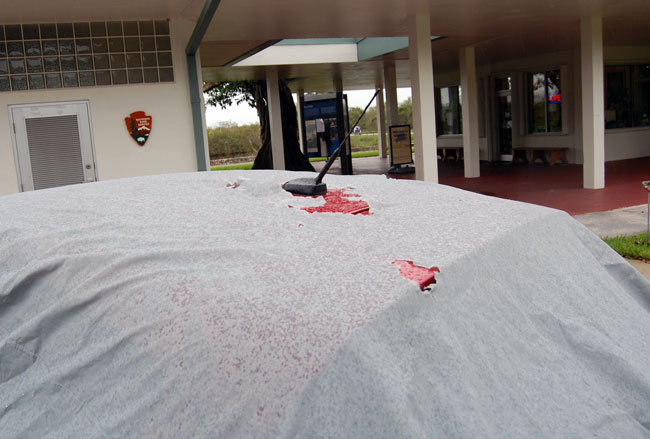 Why do the vultures eat the rubber and vinyl vehicle parts?

It’s not clear why the vultures attack the rubber car parts. They reportedly don’t even eat the rubber – they just like ripping it up. One official compared them to a bored gang of juveniles just causing trouble to pass time. Crazy!

In any case, be prepared when you visit the Everglades. Park close to the station, and consider wrapping plastic bags around your wipers, because the noise of the flapping bags seems to deter the birds.

The NPS offers some additional tips for how to make your Royal Palm Everglades visit a vulture-free one. They evidently hand out free tarps now, along with bungee cords to tie them down. However, as the photo above indicates, cultures might even try to eat through the tarps. So you can never be 100% safe.

Have you had any experiences with the Everglades vultures attacking your vehicle?

17 thoughts on “Yes, the Vultures Will Attack Your Car in the Florida Everglades”