In 1920, a Namibian farmer stumbled upon a piece of black rock as he was working. Closer examination revealed that the rock shined upon being scratched. Little did the farmer know that he had just discovered the world’s largest meteorite!

The Hoba meteorite, named after the farm on which it’s found, was soon fully excavated. It was discovered to be 82% iron and 16% nickel. That makes it a rarity among meteorites, as only about 6% of meteorites are primarily iron.

Most impressively, it weighs around 50 tons, making it the biggest intact meteorite on the planet. And yet it left virtually no crater! How is this possible? 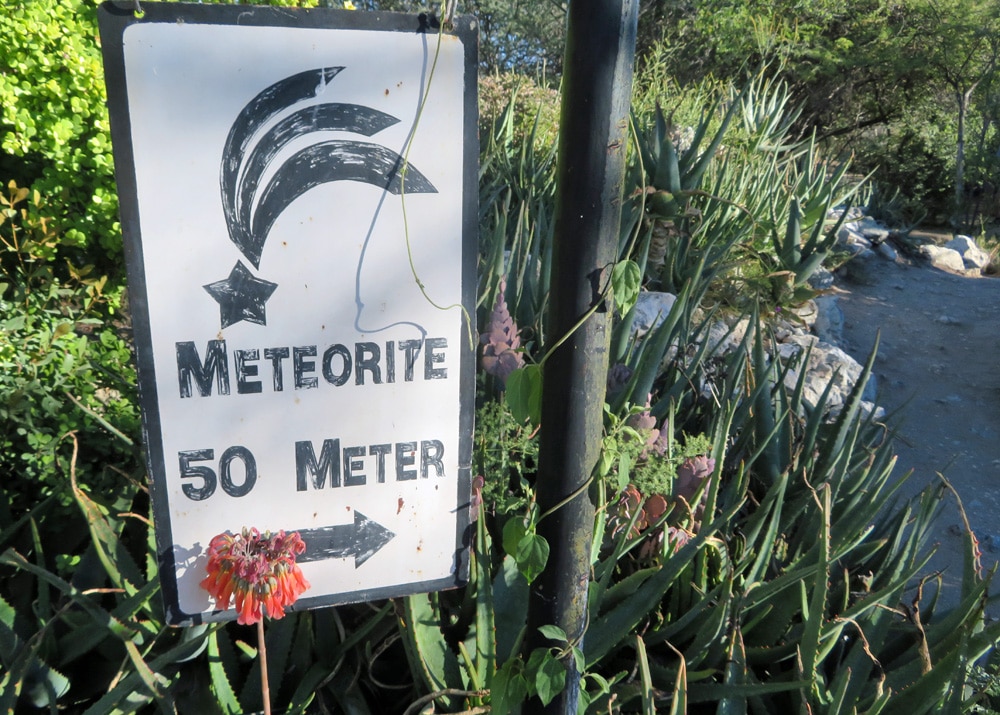 Most meteorites burn up in the atmosphere before reaching earth, but experts believe this one slowed down on its way into the atmosphere, which somehow allowed it retain much of its form. Also, it may have fallen in somewhat of a sideways direction, which made it bounce across the surface of earth, much the way that a rock skims across the top of water. That kept it from breaking up too much.

Eventually, it settled in its landing place in Namibia. The best date scientists have for its arrival to earth is around 80,000 years ago. The rock itself is 200 to 400 million years old, a number which is almost impossible to fathom.

The Hoba meteorite has never been moved from where it was found (obviously!) Reportedly, the American Museum of Natural History once tried to purchase it, but they weren’t able to transport it. Thank goodness! The Hoba meteorite is better off where it actually landed. Its “natural habitat,” so to speak. 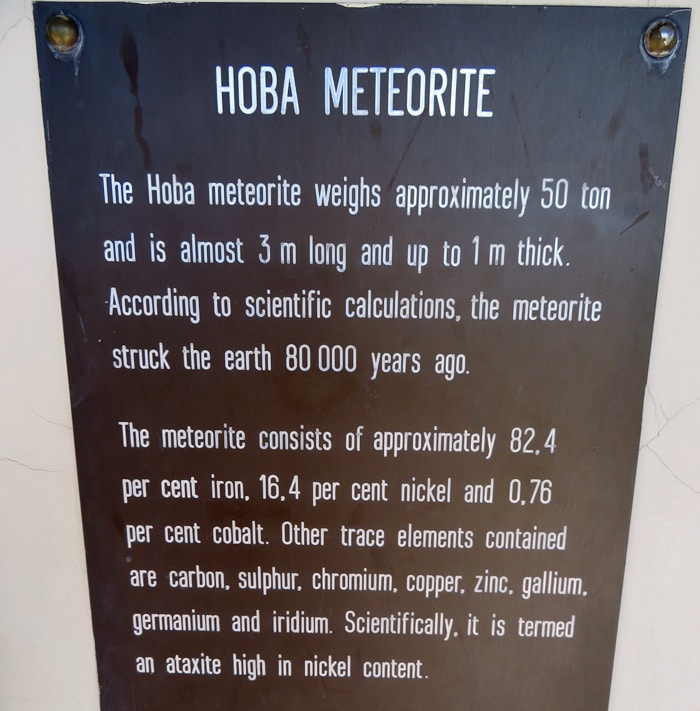 Some websites report the weight of the meteorite as 60 tons or even 66 tons, but the site itself says 50 tons. In any case, it’s undisputed as the world’s largest meteorite. It currently sits in a very small crater with ring-shaped steps built around it. 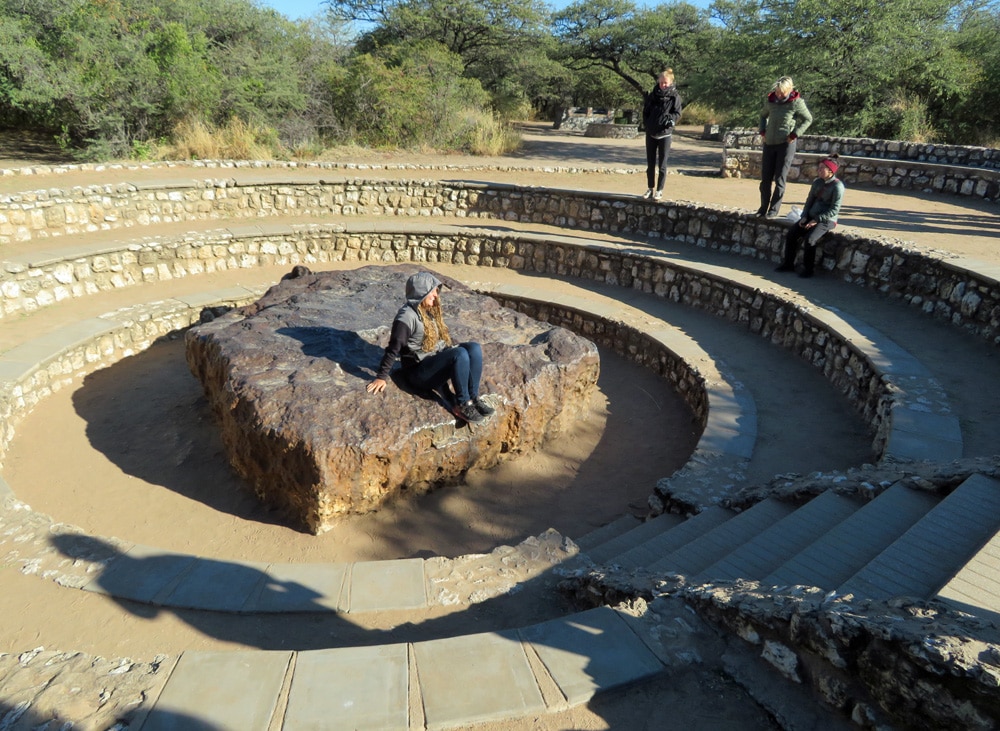 Today, visitors to the Grootfontein region of Namibia can stop by the see the meteorite, touch it, even stand on it. The hunk of rock measures roughly 9 feet by 9 feet, while standing 3 feet tall. The top and bottom are both nearly flat. It rest there like a giant slice of extraterrestrial toast.

The meteorite center charges admission. Cost at the time of our visit was around $50 Namibian Rand, or $4 USD. However, these prices are not necessarily set in stone. There is no price at all listed on the entrance sign, and visitors say the price they are charged can range from $25-50 Rand. 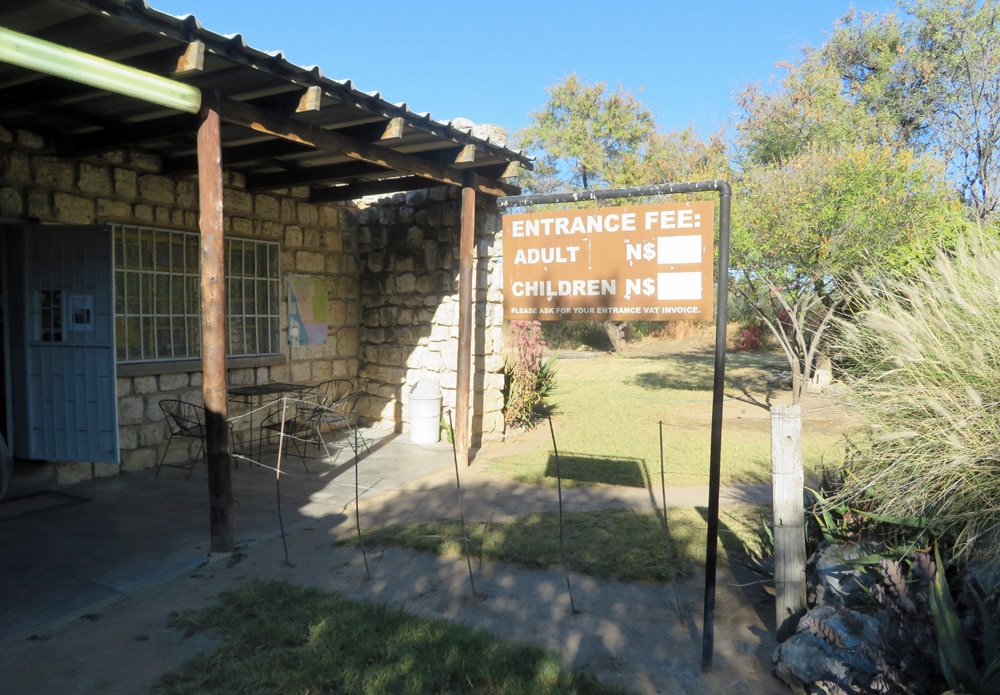 I believe our tour leader negotiated a lower rate. Conversely, if a huge group of obviously wealthy-looking foreigners shows up, they might charge you more. That’s just how things are in Africa sometimes.

The Hoba Meteorite National Heritage Site also has a gift shop selling novelty items and souvenirs. You won’t need a ton of time at this site since there’s not much to see aside from the rock itself. But the world’s largest meteorite is a cool place to stop by if you’re in the Etosha National Park area.

RELATED READING: My 39 Most Amazing Wildlife Encounters in Africa 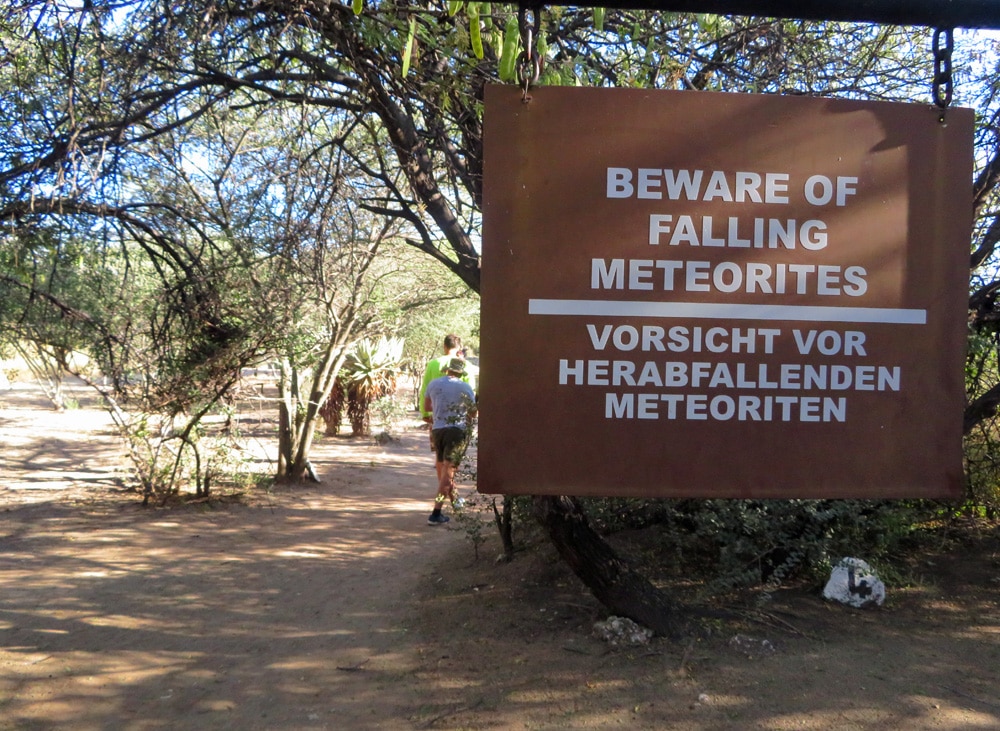 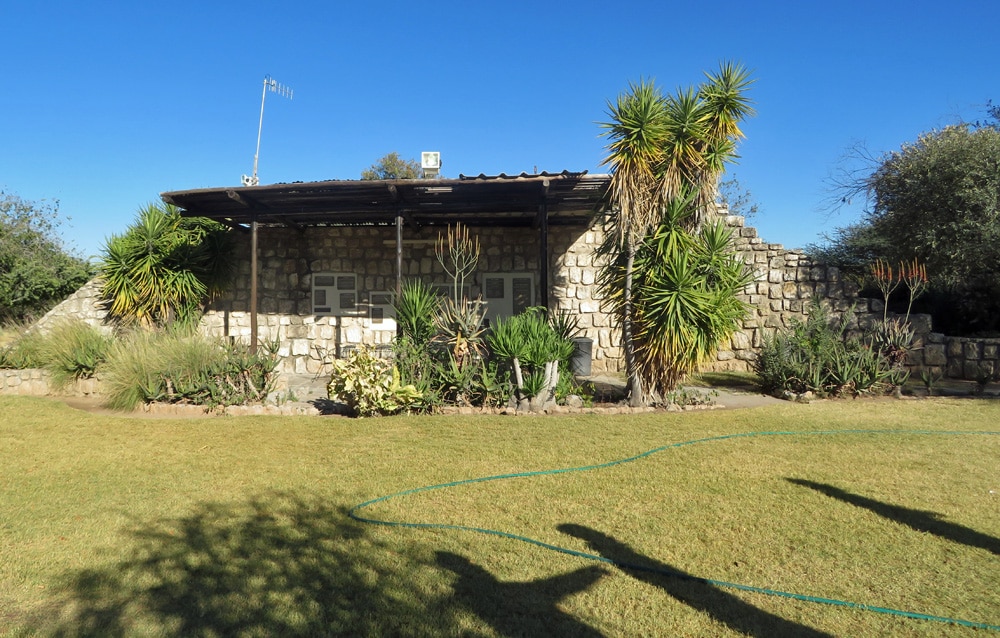 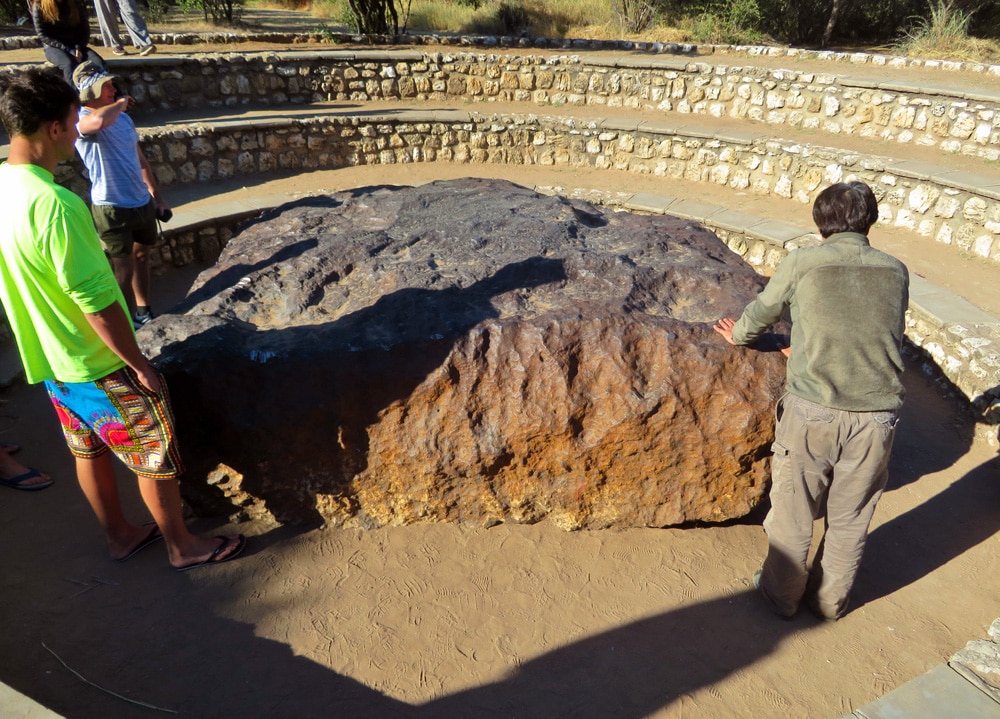 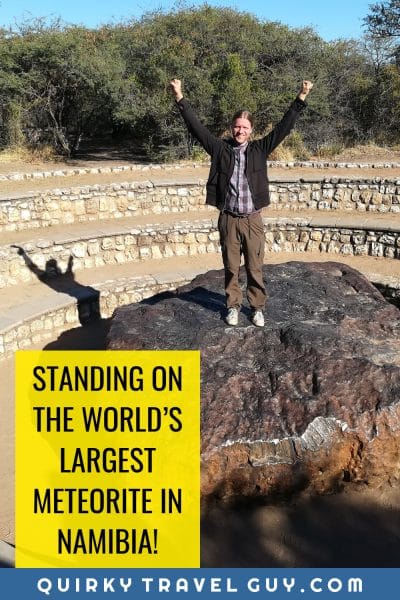