Yellowstone is often considered the jewel of American national parks. The history, the scenery, the wildlife… this place has it all.

If you’re a national park junkie, you may already know some of this trivia about the park. For the rest of us, here are some Yellowstone fun facts about the interesting history of the park!

The park was established by Congress and President Grant in 1872. Most of Yellowstone (96%) is in Wyoming, but parts extend into Montana and Idaho.

The park is larger than Rhode Island and Delaware combined. Its elevation ranges from 5,282 feet to 11,358 feet (at Eagle Peak.) About 80% of the park is forested.

That’s pretty remarkable when you think about it. Most people are familiar with Old Faithful, the geyser that shoots out scalding water every 90 minutes or so. But the park has around 10,000 thermal features, including about 500 geysers, as well as hot springs and mudpots. 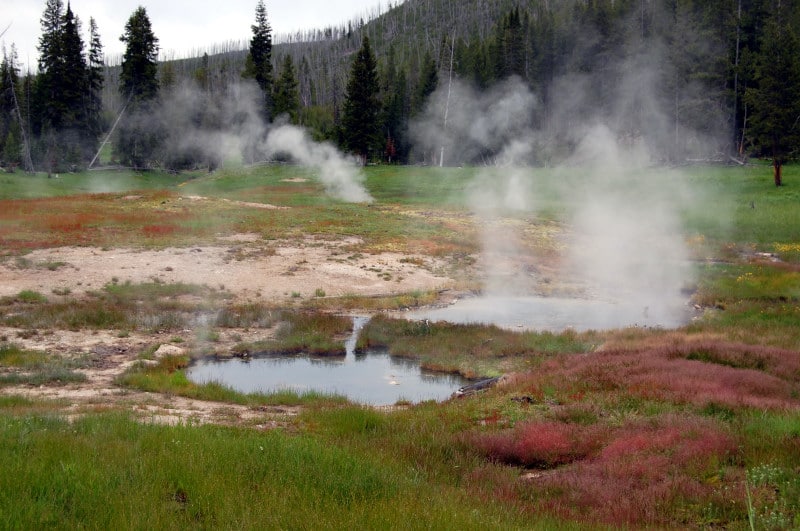 3 Old Faithful was once used as a laundromat

In the 1880s, members of the Washburn-Langford-Doane Expedition discovered that clothes placed inside the crater became totally clean once ejected by Old Faithful.

They found that linen and cotton washed just fine, but wool clothes were shredded by the geyser. It was the world’s first heavy-duty washing machine!

4 Old Faithful is not the park’s largest geyser

That distinction belongs to Steamboat Geyser, which can shoot water as high as 300 feet, more than 100 feet higher than Old Faithful. Steamboat Geyser’s eruptions are unpredictable, though.

Between 1992 and 2014, it only erupted nine times, with the amount of time between eruptions varying from 30 days to nine years. However, in 2018, Steamboat erupted 14 times between March and August.

As reported in a book by Tim Cahill, the southeast corner of the park is home to the Thorofare Ranger Station, the most remote occupied dwelling in the lower 48 states. It’s more than 32 miles from any other road or dwelling.

A park ranger travels by horse to reach this station. It sounds like an awesome place to visit… if you’re not a people person! 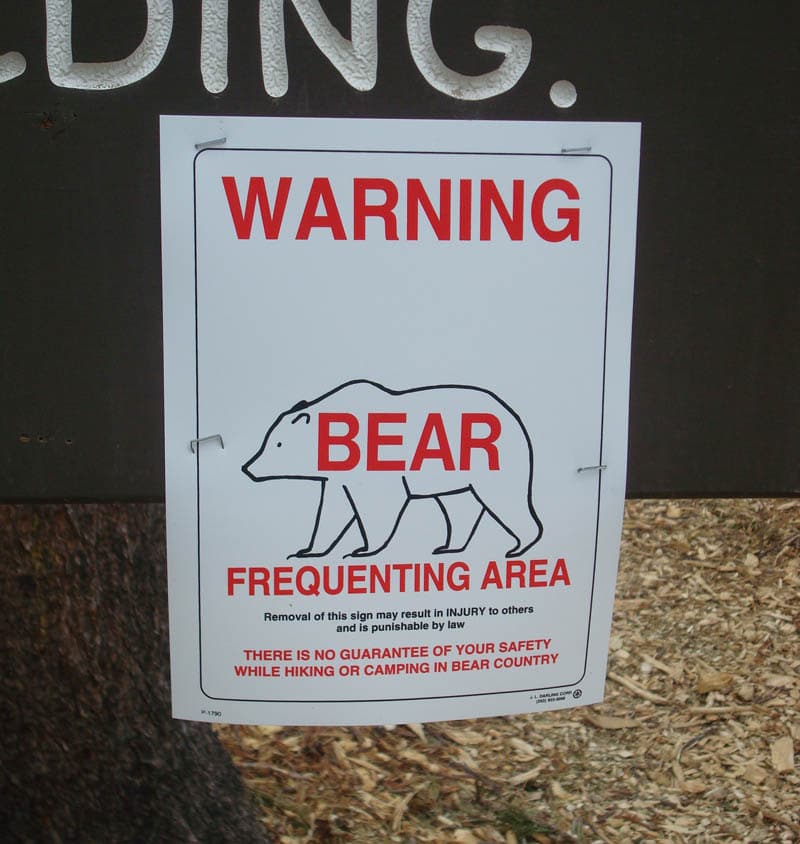 6 Deaths from bear attacks inside Yellowstone are extremely rare

While the park has plenty of grizzly and black bears, visitors to Yellowstone are almost never killed by bears. In fact, there were no deaths from bears between 1986 and 2011. Unfortunately, in 2011 a grizzly killed a man when he surprised the bear, who was with its young.

Later in 2011, a second person was killed in a bear attack. In 2015, a solo hiker was killed. So incidents do seem to be on the rise. But the park notes that there’s still only one bear attack for every 2.7 million visits to the park.

Yellowstone visitors spot bears all the time – I saw a few on my hike to Mount Washburn – and generally, the animals keep their distance from humans.

Wyoming officials claim there are more than 1,000 grizzlies in the park – too many, they say, and they’re trying to get the authority to cut the population.

Check out my article on where to see bears in Yellowstone if you’re interested in having a bear experience. Keep your distance and stay safe!

7 The strongest Yellowstone earthquake in recorded history came in 1959

One of the more interesting Yellowstone fun facts is its recent earthquake history. With all the crazy geological features and the instability of the land underneath Yellowstone, you’d think there would be powerful quakes there all the time.

Indeed, there are more than 2,000 quakes here a year. But the strongest was the 1959 quake in the Montana portion of the park that registered between a 7.3 and 7.5 on the Richter scale. It destroyed roads, created new geysers and was said to cause a landslide that killed 28 people.

8 Yellowstone is a supervolcano

The Yellowstone Caldera is known as a “supervolcano.” Its eruptions helped form the Snake River Plain. Molten lava is believed to exist perhaps as little as two miles below the surface. 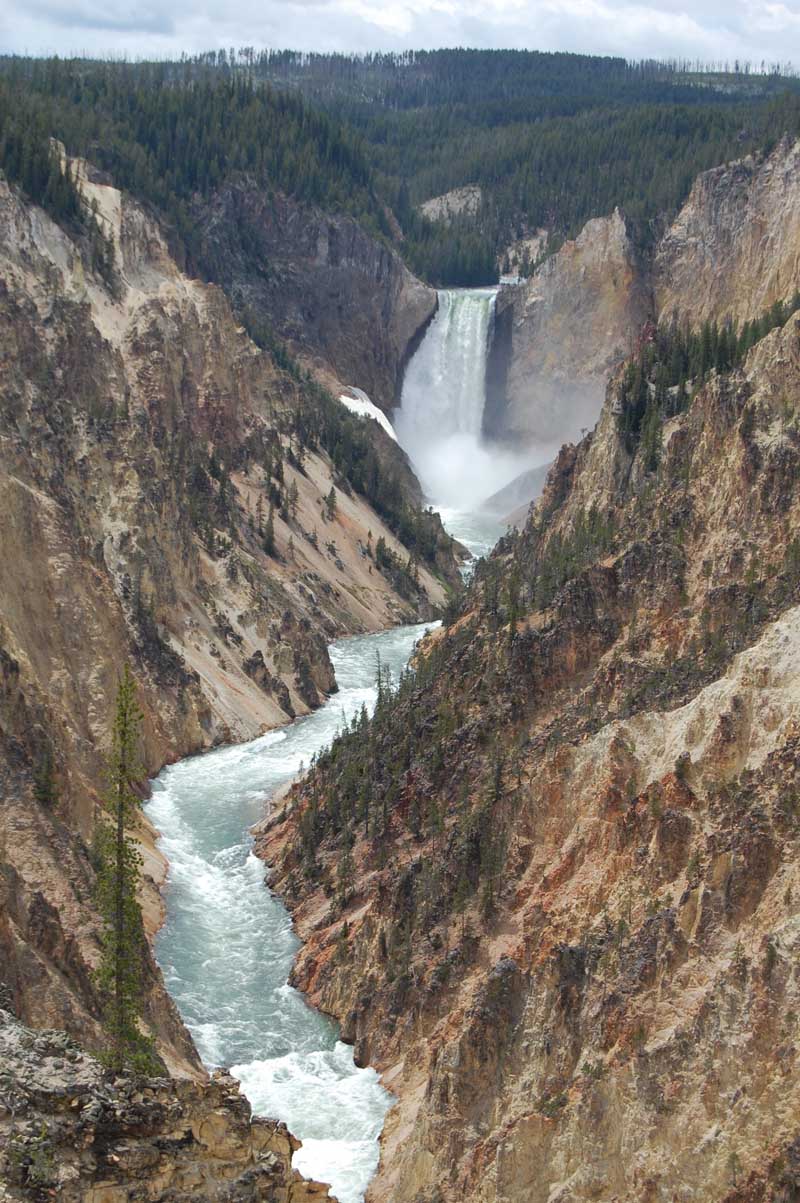 9 Yellowstone has a Grand Canyon

Creatively titled “The Grand Canyon of Yellowstone,” this waterfall was carved by the Yellowstone River and reaches up to a half-mile in width.

This is one of nearly 300 waterfalls inside Yellowstone National Park, and stopping by here to take some photos is one of the most popular things to do in Yellowstone.

46 thoughts on “Yellowstone Fun Facts: 9 Things You Didn’t Know About the National Park”