It took me a long time to figure out exactly what the House on the Rock attraction was. I had heard there was this weird place in Spring Green, Wisconsin with all these weird items in display in a bunch of different weird rooms, but details beyond that were sketchy. 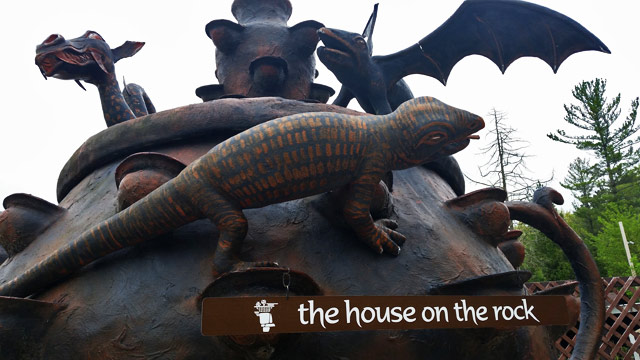 It was only after checking out the House on the Rock brochure that things started to become clear. The brochure calls the house “An experience that will entertain, astound, and amaze!” It also explains, “Alex Jordan’s retreat built atop a chimney of rock opened to the public in 1960. The retreat was only the beginning.” It goes on to discuss the “eclectic, exotic, and whimsical exhibits” on display inside.

Ok, got it. Now things were finally starting to make sense!

So there are weird collections here. Including a whole bunch of toys. Toys and carousels and giant sculpted sea creatures and dolls and Rube Goldberg machines. 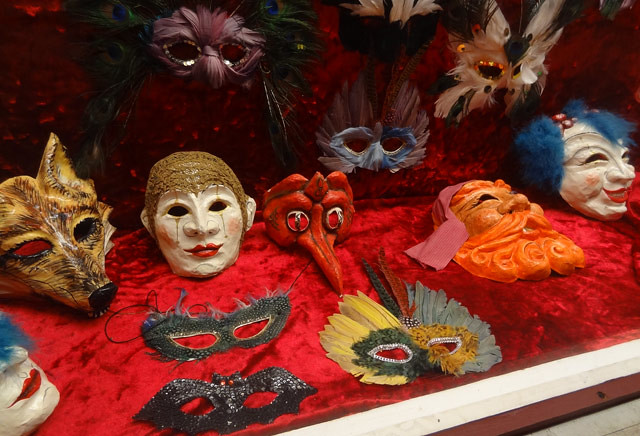 Read on to see lots of House on the Rock pictures, and to learn about the attraction’s cost, admission hours, and specific exhibits.

Admission price for the full tour in Spring Green s $30 for adults, $27 for seniors, and $16 for kids over age 3. Our group concluded that the mildly entertaining sights within the House didn’t necessarily justify the hefty price tag. But you may feel differently, so take a look at our collection of photos from the House and decide whether you may be interested in visiting.

You can buy a $15 ticket for Section 1 only. That covers the main house, Gate House, Infinity Room, and Japanese Garden. But it doesn’t include the carousel and the other kooky and weird exhibits. Other rooms worth seeing are called Mill Room, Spirit of Aviation, Music of Yesterday, Streets of Yesterday, Heritage of the Sea, Circus Room, and Doll House Room.

As of 2020, daily hours run from 9 to 5, with additional evening hours being available on certain dates. The place is closed on Tuesdays and Wednesdays during the colder months (mid-October to mid-May.) Even if the place is slightly overpriced, it still qualifies as one of the coolest things to do in Wisconsin.

This is supposedly the world’s largest carousel. Can you ride the carousel at the House of the Rock? Nope, sorry. Visitors can’t ride it, so the amount of enjoyment it provides is limited. After a short time, I was ready to move on to the next room. 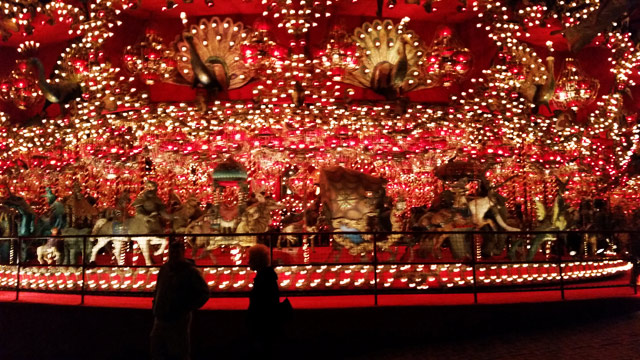 The House of the Rock attraction has a massive carousel.

Here’s a sign with some facts about the carousel. There are more than 20,000 lights on this thing! 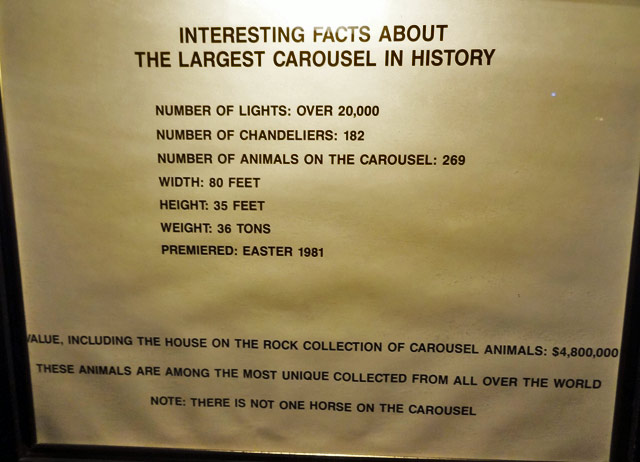 The musical instrument rooms might be my favorite part of the House on the Rock. There are a bunch of instruments that play on their own, thanks to machines. They make great, old-timey music. This one is a banjo that plays when the little metal bars on the side pluck its strings: 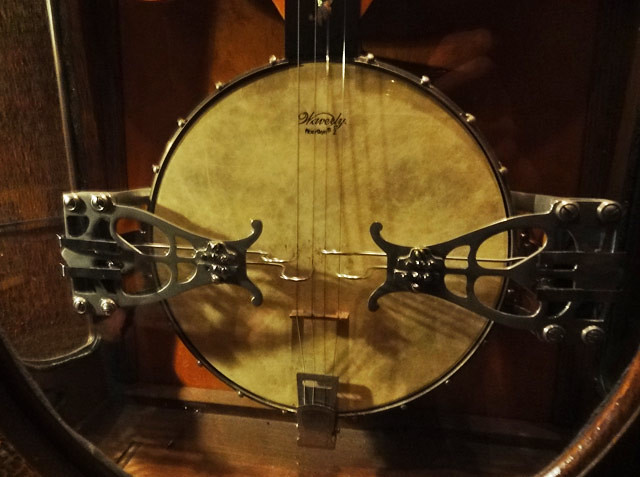 There are a few giant rooms with mechanical orchestras that operate on their own. These human statues are life-size. It is literally a full-sized orchestra playing music just for you as you walk past. 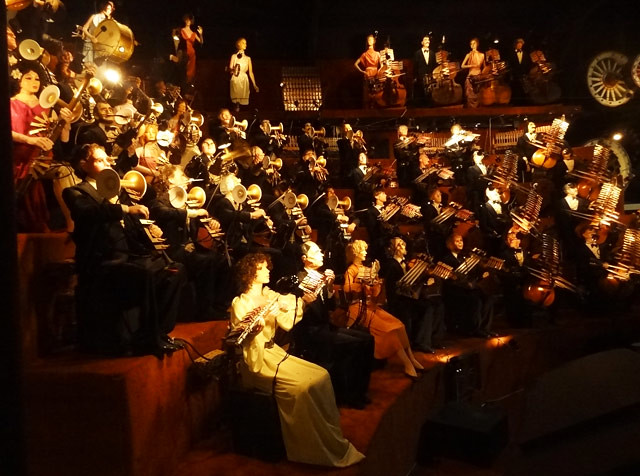 One huge room is dedicated to stories of the sea. It features a 200-foot long sea creature sculpture. The jaws are scary. I wouldn’t want to ever run into something like this in the ocean. It’s almost too big to photograph, but for scale you can see people on the ground floor walking beneath the creature: 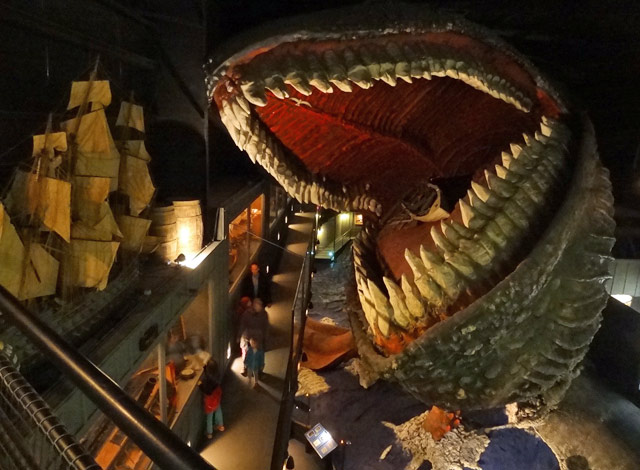 The House on the Rock Infinity Room

This is one of the most popular sections of the House, called the Infinity Room. It’s a long hallway that narrows to a point. It juts out 218 feet from the main house. 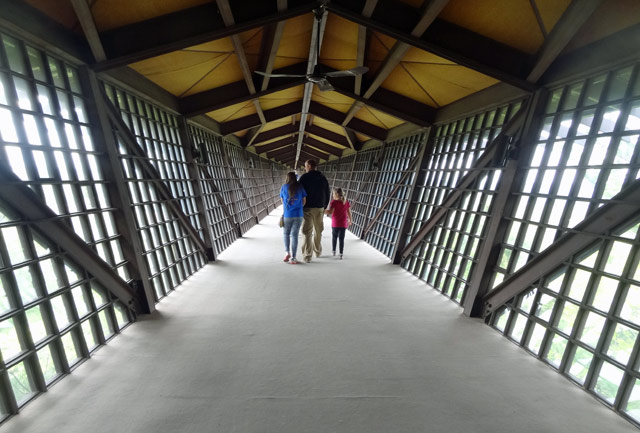 The Infinity Room is one of the coolest parts of the House on the Rock attraction!

The Infinity Room has a floor window where guests can look down and see the forest beneath them: 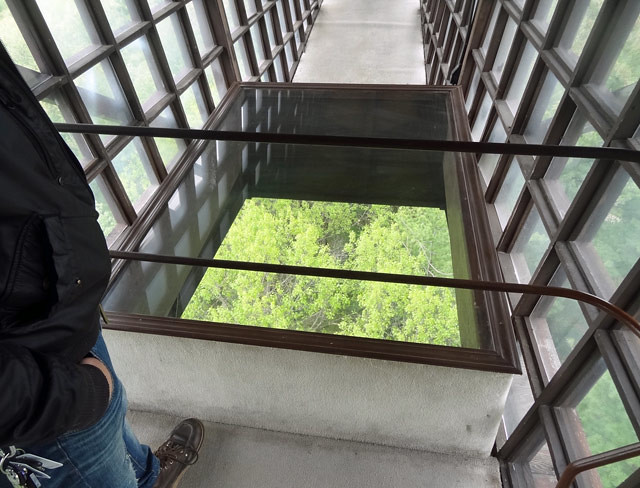 The gardens between rooms are nicely maintained: 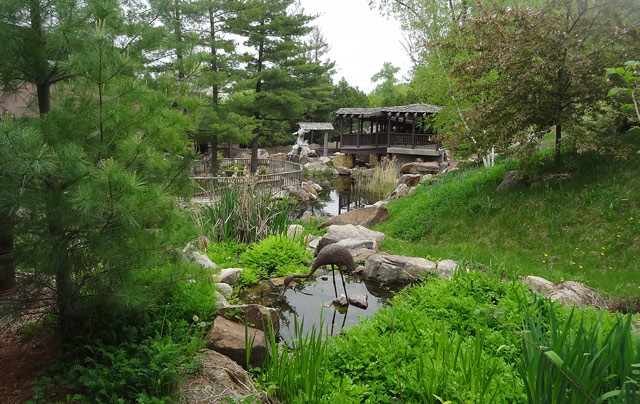 As noted, this place was designed by Alex Jordan. Many people wonder whether Frank Lloyd Wright might have built the House on the Rock or the Infinity Room, but he did not. (He did, however, design this cool-looking visitor center in the Rocky Mountains!)

More photos from the House on the Rock attraction are posted below. Would you visit here to see the whimsical displays? 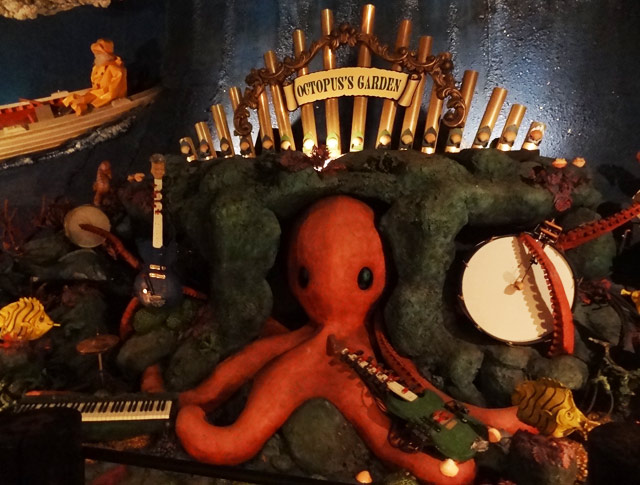 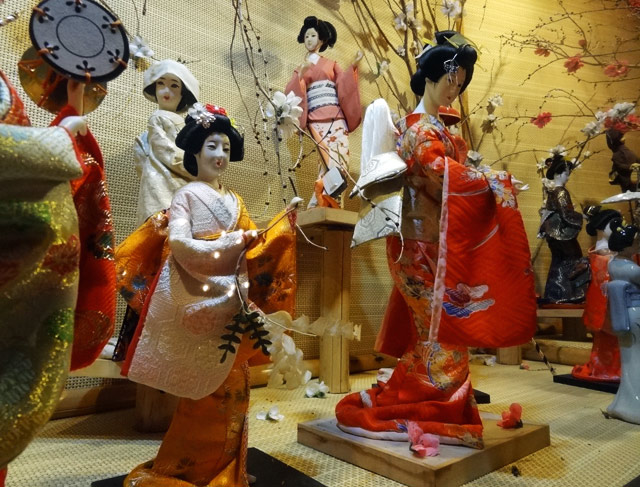 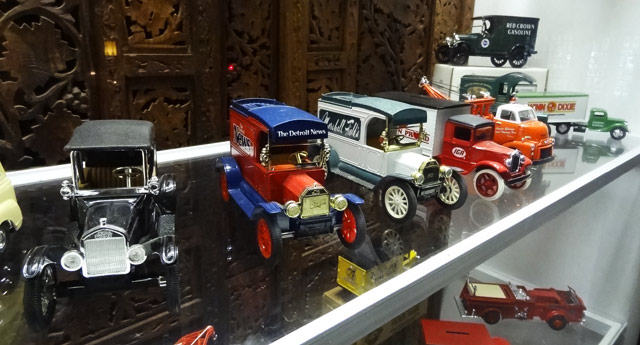 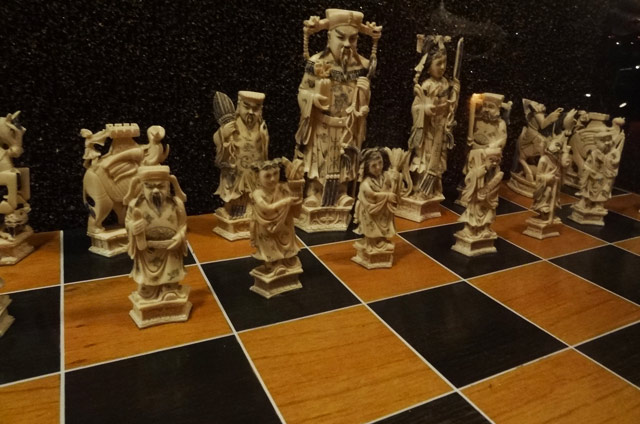 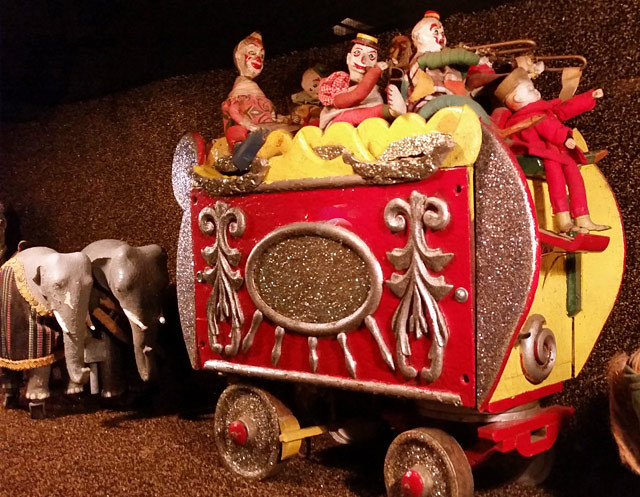 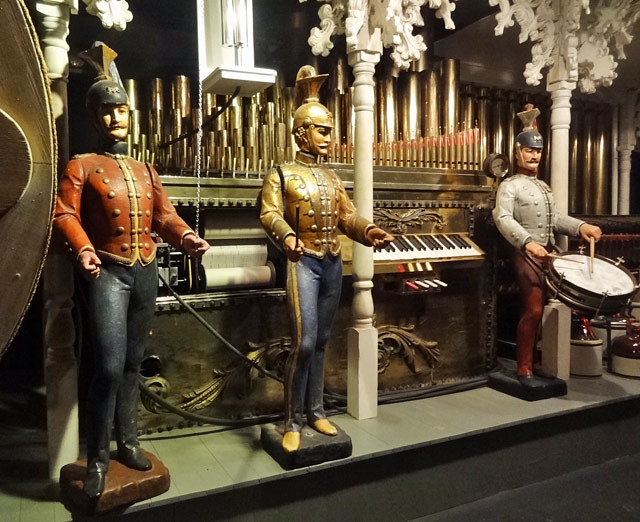 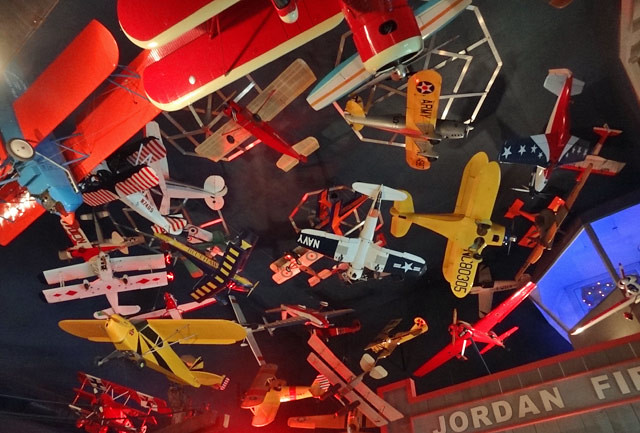 Is the House on the Rock attraction a place you should travel great distances to visit? No, probably not. But if you’re in Madison (40 miles away), the Wisconsin Dells (60 miles away), Milwaukee (125 miles away), or Kenosha (160 miles away), it might be worth taking a half-day jaunt over to check it out. Spring Green is close enough to take a day trip from Chicago as well.

They have special “After Hours” nighttime experiences, and they have lots of special presentations during the Christmas season. So check their website if any of those extras appeal to you. There’s also a hotel resort on site.

Interestingly, the House on the Rock has some connections to popular culture. Author Neil Gaiman included the House in the plot of his cult favorite book American Gods. The band 10,000 Maniacs filmed their 1997 video for “More Than This” – their final Top 40 hit – at the house.

Would you visit the House on the Rock in Wisconsin?