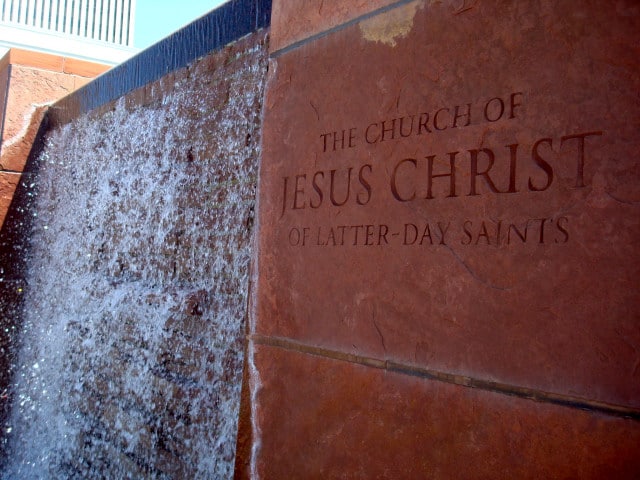 As I walked cautiously through the north gate and into Temple Square on the Mormon Church grounds in Salt Lake City, Utah, I began looking suspiciously at the other folks on the premises, wondering which ones were the “undercover” Mormon recruiters I’d heard so much about.

They’ll come up to you and start an innocent conversation, I’d been told, and before you know it, they’re trying to convert you. This is apparently a regular occurrence – they have lots of non-Mormon visitors, since the land is open to the public and happens to be one of the nicest parks in the city. The site claims to have more annual visitors than the Grand Canyon, which may be true, but many are just people strolling through on their lunch breaks, so it’s not really a fair comparison. 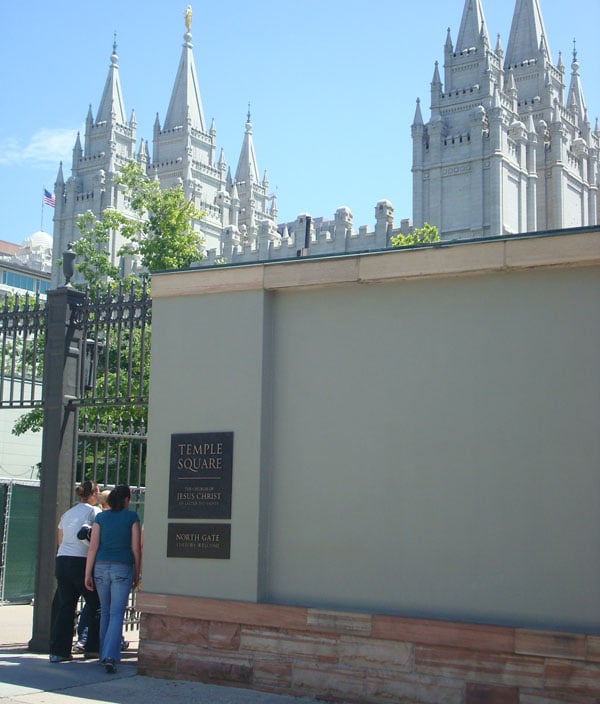 I was surprised that no one came rushing up to me after I walked in, so I continued on, bracing myself for that awkward moment when someone would ambush me. Part of me was looking forward to the experience just to see what it would be like, but a larger part of me wanted to be left alone.

Salt Lake City, Utah is such a contradiction. The church controls large chunks of the town, with a heavy influence in local government and business. Yet, the rest of the city, like any American urban center, is very liberal, and that seems to lead to a lot of unspoken resentment between the two sides.

Salt Lake City also has a sizable gay population, and as we learned from the Prop 8 debate in California, these two groups are typically not friends. I was expecting these two sides to be at each others’ throats, but that didn’t seem to be the case. Instead, there was a peace, if an uneasy peace. It felt like both sides were walking on eggshells, as if trying to avoid setting off the other.

I don’t think I could live in such a fragile social environment, but plenty of people do. When I visited, even though I’m pretty sure no one would ever mistake me for a Mormon, curiosity got the best of me and I checked out Temple Square on the Mormon church grounds.

Walking through the Mormon Church grounds

As I walked through, I passed a number of statues and serenity pools. This place was certainly scenic and beautiful.

This statue of Brigham Young made for a very imposing visual. 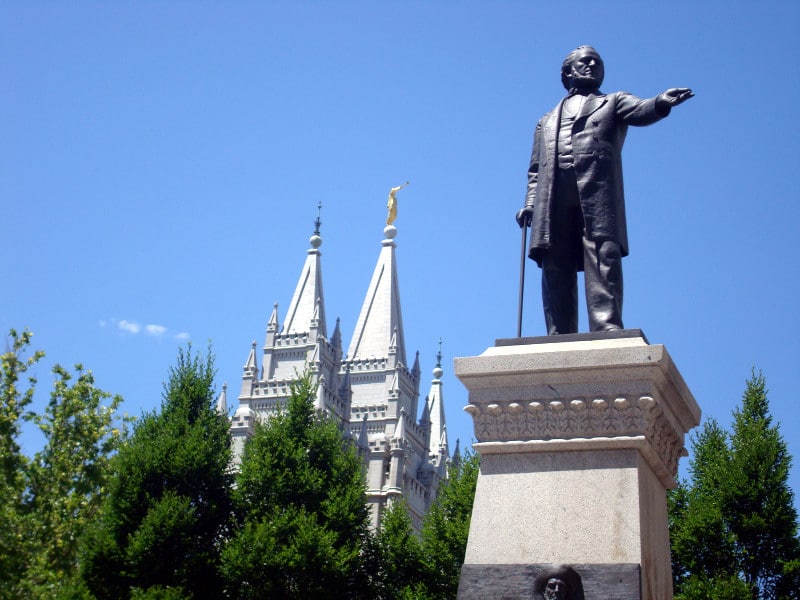 More statues every way I turned. 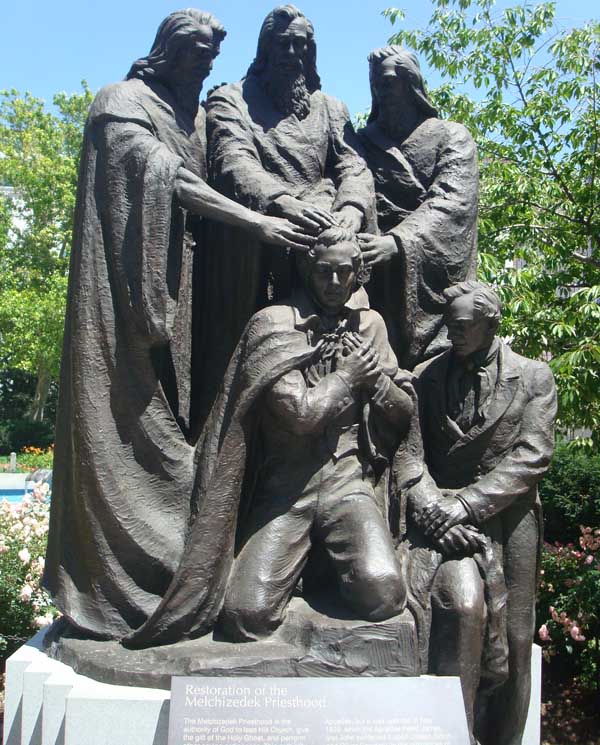 Other statues told the story of how the Church of Latter-Day Saints came to be. This description, for instance, seemed wildly far-fetched. Did you know John the Baptist was resurrected and met Joseph Smith in the woods in 1829? 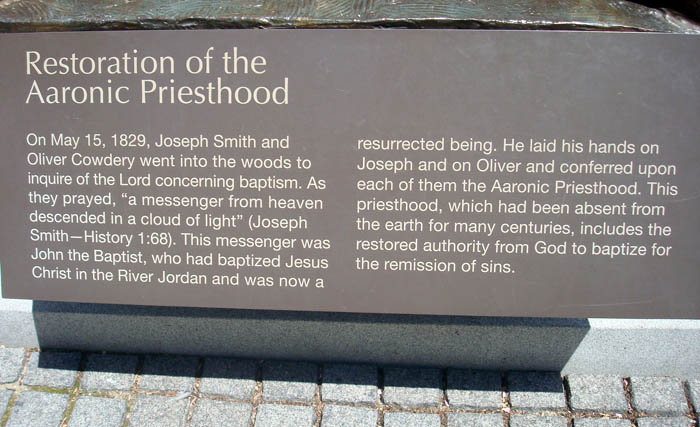 Even though I had initially wanted the covert recruiters to stay away from me, as I left the square, I started to feel a sense of disappointment they hadn’t tried to recruit me. Why was I not deemed a worthy recipient of their propaganda efforts?

So I left feeling slightly insulted. Although I should probably take it as a compliment and assume they simply realized they didn’t stand much of a chance with me, anyway.

Visiting the Mormon Church grounds in Salt Lake City was definitely very different than visiting Paoay Church in the Philippines, the many historic churches in Creuse, France, or the tiny Westboro Baptist Church in Kansas.

A few additional frequently asked questions that resulted from my visit:

Yes, the Temple Square Mormon grounds are open seven days a week. There’s a visitor center open everyday from 9 am to 9 pm. Be aware that certain buildings on the grounds may be closed on Sundays, such as the Family History Library (a massive geneaology resource.)

What Are Some of the Highlights of Visiting Temple Square in Salt Lake City?

This area has numerous places to see, in addition to everything mentioned above. Just outside Temple Square itself, you can find: a Church History Museum (open seven days a week) for those interested in the history of the faith; the Deuel Pioneer Log Cabin, which is representative of a typical log cabin from the 1840s; the Mormon Tabernacle Choir rehearsals on Thursday nights; and Brigham Young Historic Park, a small green space that hosts summer concerts and was once part of Brigham Young’s farm.

Would you visit the Mormon church grounds?