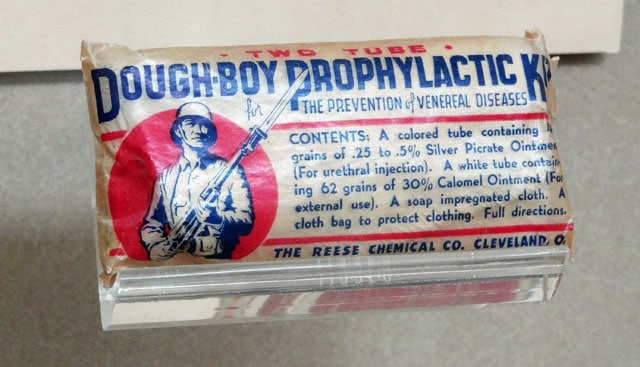 Have you ever considered using a lemon wedge as a birth control device? How about a teapot lid? Or the ear wax from a mule?

If you’ve never contemplated utilizing any of these items as a way to prevent pregnancy, you’re not nearly as creative as your predecessors. It’s time to start thinking outside the box!

The History of Contraception, a small facility inside the Dittrick Medical History Center on the campus of Case Western Reserve University, documents all of these failed birth control methods from the past and provides educational exhibits on popular (and more successful) ways to keep people who fulfill their carnal desires from ending up with a bundle of joy.

Most of the collection was donated by Percy Skuy, former president of Ortho Pharmaceutical, which manufactured contraceptives. The exhibits cover the entire history of human contraception. One cabinet features packages of prophylactics and cervical caps from the 1800s through modern times. Condoms in the early 20th century came in little tins. 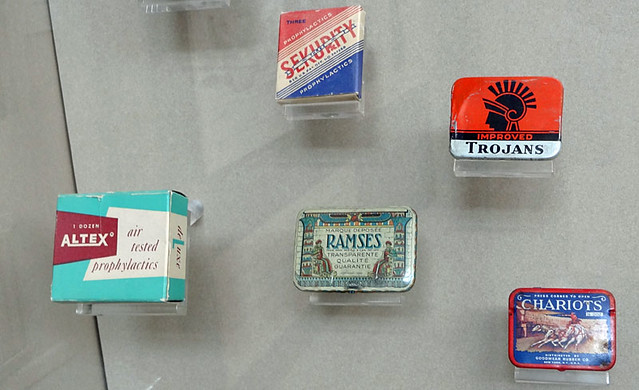 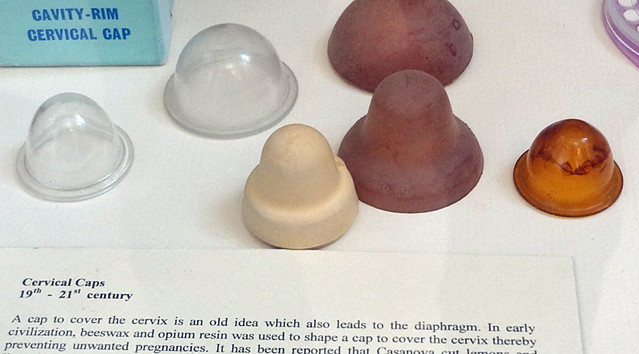 Here’s that lemon juice display. Interestingly, lemon juice is one of the few oddball birth control methods on display that actually works – at least somewhat. Studies show that a 20% concentration of lemon juice kills human sperm within one minute. Mediterranean women have been applying lemon juice prior to intercourse for more than 300 years!

There was a story from Australia in 1990 in which a 12-year-old boy used a ‘Violet Crumble’ candy bar wrapper as a condom substitute. Yikes. Does he get partial credit for at least trying to be safe?

Any fan of Seinfeld will recall the Spongeworthy episode in which Elaine had to decide if a potential suitor was worth using up one of her last remaining Today sponges. 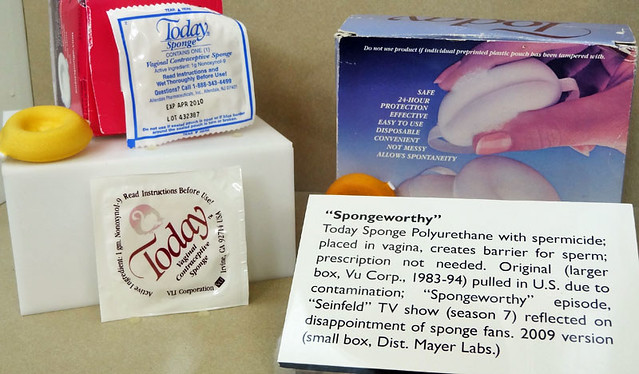 Not all of the intercourse-related products were aimed at women. Here’s one for the fellas: Something called “Retardex desensitizing cream,” which actually existed and was marketed to gents who find that “the very presence of the female body makes them to react much too soon.” 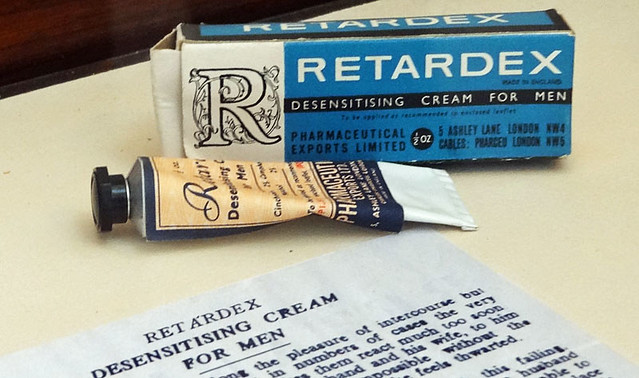 Exhibits inform visitors that some people in the past have made amulets from the bones of black cats and the ear wax of mules. They were thought to have magical or spiritual powers that made women less fertile. In 1958, one British lady tried inserting a teapot lid as a cervical cap. It didn’t work – she gave birth nine months later.

Other unique attempts to limit pregnancy from the past include beaver testicle tea(!), a male oral contraceptive powder and a nasal spray contraceptive. Nasal spray? Gee, how surprising that shooting fluid into one’s nostrils didn’t prevent human reproduction!

If you’re unable to visit the Contraception Museum but have a strong interest in this sort of thing, you can order one of the museum’s posters online. They actually look pretty cool and they’d be guaranteed to serve as conversation starters.

Check out more offbeat activities in Cleveland, including the Police Museum, the Garfield and Rockefeller graves, and the Rock & Roll Hall of Fame.

2 thoughts on “Quirky Attraction: The History of Contraception Museum”