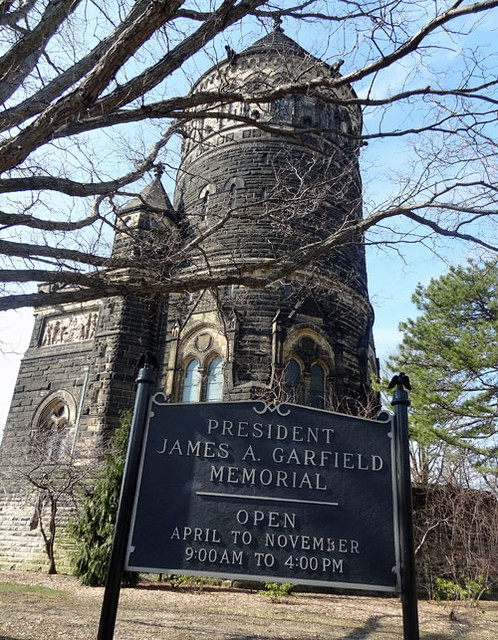 Some presidents get extremely modest final resting places. Others get elaborate tributes. The latter is the case for James A. Garfield. Despite serving just six months as chief executive in 1881 before falling victim to an assassination attempt, Garfield has one of the most spectacular memorials I have seen. 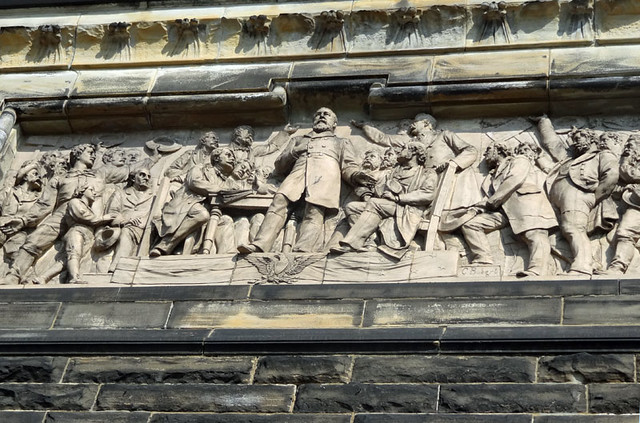 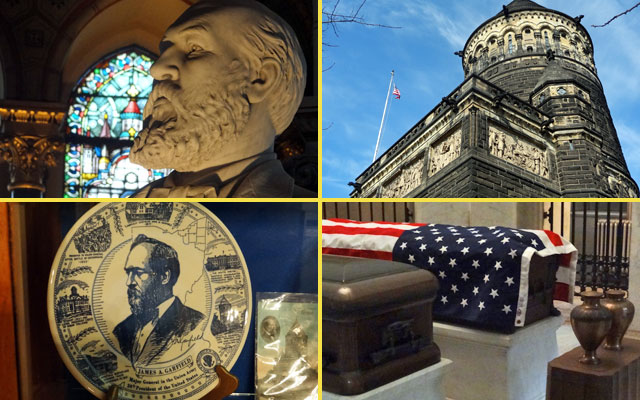 Dedicated in 1890, Garfield’s memorial is spectacular. It’s a 180 foot tall monument featuring Roman and Gothic architecture and intricate exterior panels depicting important moments in the life of the 20th president.

The interior of the building features mosaics on the ceiling, stained glass windows, granite columns, and an impressive statue of the man. 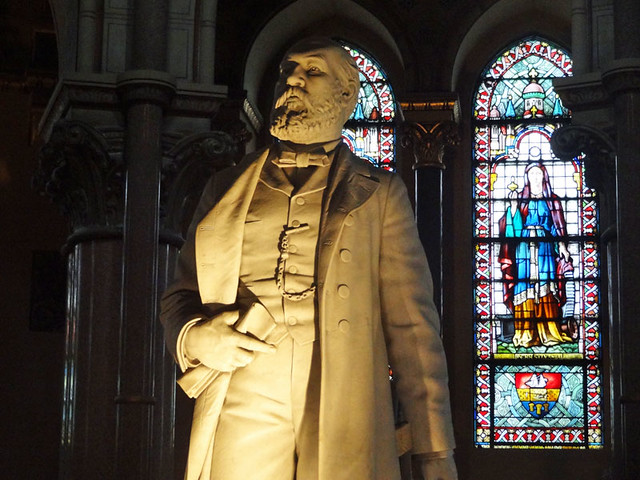 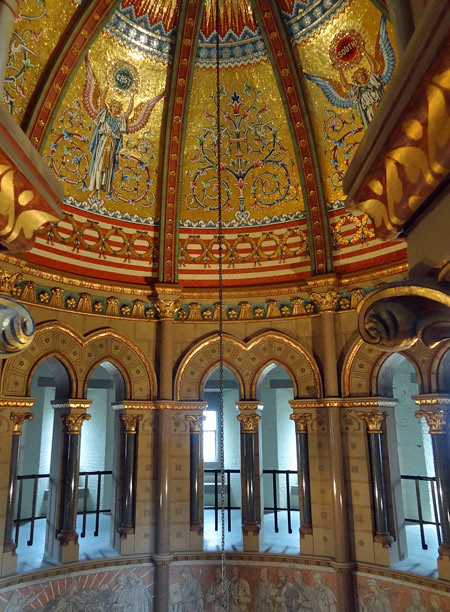 Down in the lower level are the caskets of Garfield and his wife Lucretia, as well as the urns of their daughter and son-in-law. Garfield’s is the only presidential casket on full public display anywhere in the country. 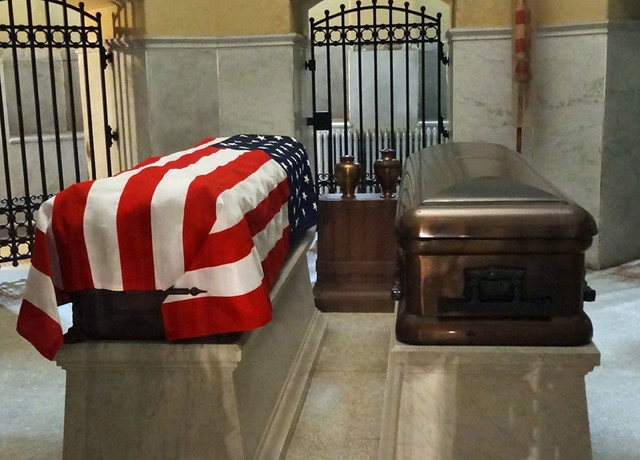 There’s also an upper level allowing visitors to see the memorial from above and to step out on the balcony and view the rest of the cemetery and the Cleveland skyline. 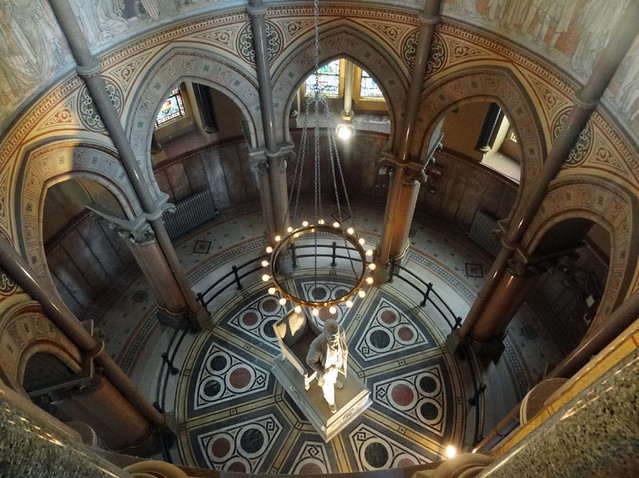 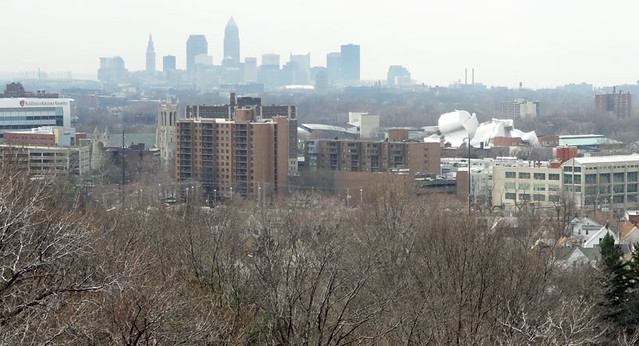 The Garfield Memorial has limited visitation hours – from 9 am to 4:30 or 5:30 pm, depending on time of year. There’s no charge to visit the cemetery or the monument.

A short walk from the Garfield Memorial are the graves of billionaire philanthropist John D. Rockefeller and several members of his family. Rockefeller was born in New York state but ended up settling in Cleveland.

The family obelisk is one of the tallest in the cemetery. Many visitors leave dimes at the grave site, in honor of Rockefeller’s habit of giving dimes to children. 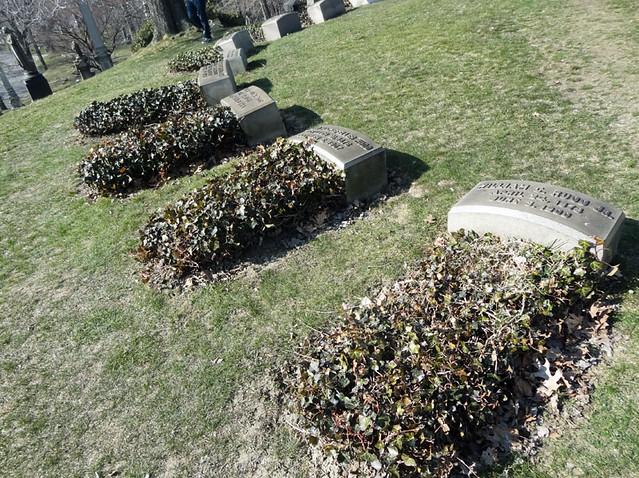 This was probably the saddest grave in the collection: A Rockefeller infant who lived only one month and had apparently not been named. 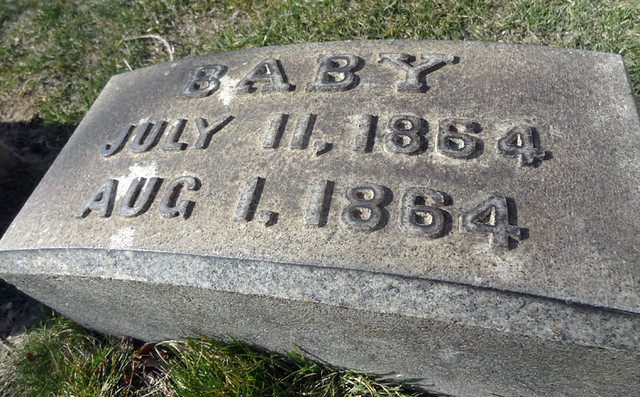 Elsewhere in Lake View Cemetery’s 285 acres are the graves of early American settlers, 22 former mayors of Cleveland, soldiers from the Revolutionary and Civil Wars, and more than 100,000 other people. 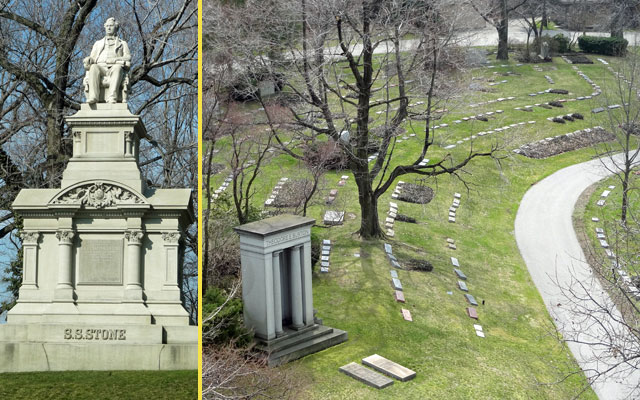 Lake View Cemetery is a must-visit in Cleveland if, like me, you’re fascinated by historic cemeteries. Don’t forget to check out our list of cool and offbeat things to do in Cleveland, such as the Cleveland Police Museum!