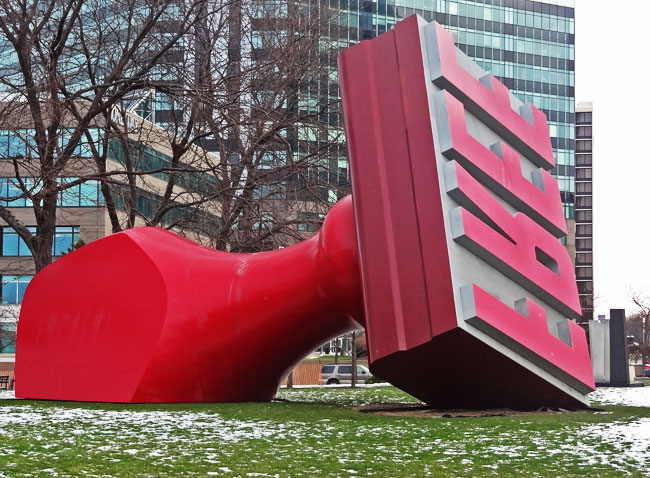 The stamp sits near City Hall, perhaps mocking government officials with its subtle political statement. But the artwork, created in the early ’80s by sculptors Claes Oldenburg and Coosje Van Bruggen, has a much longer backstory that has nothing to with politics.

History and Meaning of the Cleveland Free Stamp 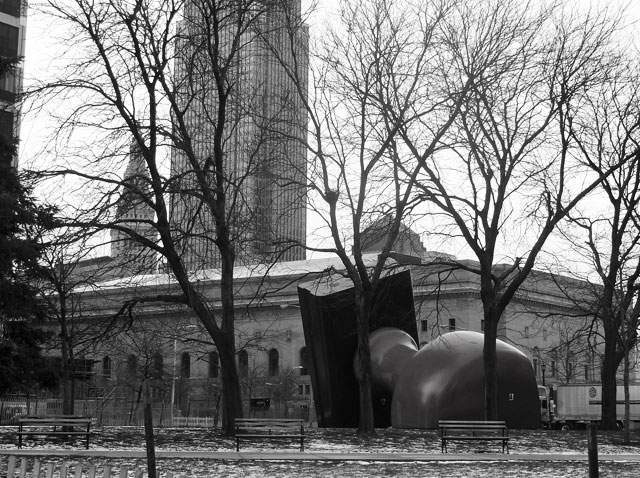 The giant free stamp was commissioned in 1982 by Standard Oil of Ohio, which intended to install it in front of its own building and across from the Civil War Soldiers’ and Sailors’ Monument. Initially, the stamp would have stood upright, meaning that no one would see the word on the bottom.

The sculptors had to choose a short word, so they selected “FREE,” which had many connotations, including the concept of liberty and the freedom of slaves after the Civil War.

When BP purchased Sohio, the BP execs thought the word “FREE” was a sarcastic slam on their company and corporate culture, so they nixed the project, calling it “inappropriate.” (A bunch of suits failing to understand an artist’s intentions… we’ve never heard that story before, have we?) The Cleveland free stamp was sent into storage. 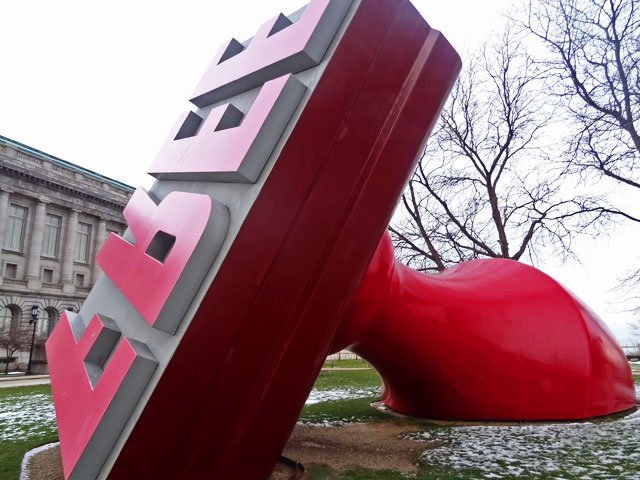 Eventually, the company realized it made no sense to keep paying to store this thing, so new discussions opened about whether it could be relocated. The sculptors agreed to place it in Willard Park and to rest it on its side, as if it was flung across town into the park.

On November 15, 1991, the stamp made its public premiere. The stamp rests near the Cleveland Fire Fighters Memorial. It definitely looks better resting on its side, since you can see the entire thing including the bottom.

You can see the “world’s largest stamp” for free in Willard Park in downtown Cleveland. Willard Park is actually more of a parklet between blocks of businesses and high-rise buildings. There’s not a ton to do in the park other than see the stamp.

The giant stamp is not far from Lake Erie, Cleveland Browns Stadium, and the Rock & Roll Hall of Fame. It’s one of the cool and quirky things to do in Cleveland. 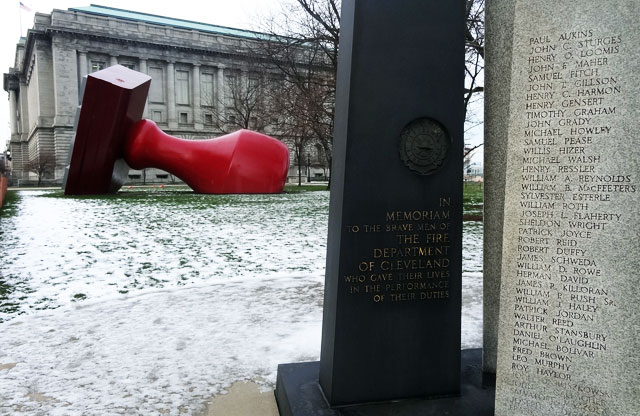 Would you visit the giant stamp? What do you think about the world’s largest rubber stamp in Cleveland?

12 thoughts on “Quirky Attraction: The Giant ‘Free’ Stamp in Cleveland”