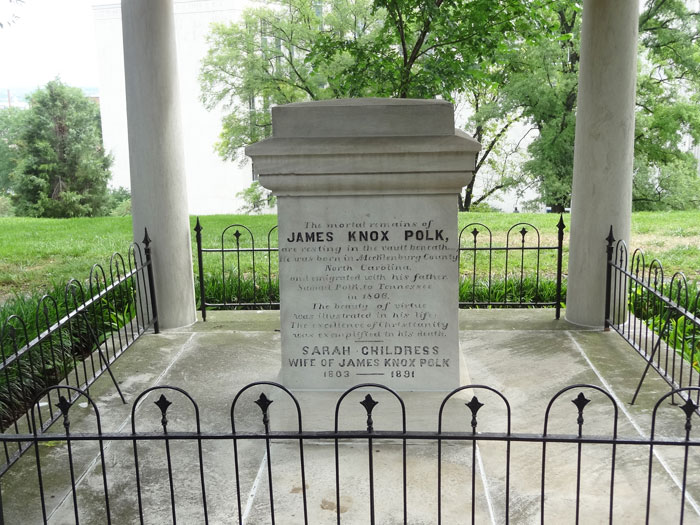 Nashville is a paradise for dead president seekers. In addition to President Andrew Jackson’s grave at the Hermitage, the tomb of one James K. Polk lies next to the Tennessee Capitol building downtown. His wife Sarah is in the grave with him.

Our 11th president died in 1849 and was moved to this location in 1893. The tomb is very modest, with the grave under a small roof surrounded by a short fence.

There’s not even a statue of Polk here. That’s especially odd when you consider that literally steps away are statues of both Andrew Jackson (left) and Andrew Johnson (right), two other presidents from Tennessee. That’s right – President Polk’s grave has statues of two other men but not himself. 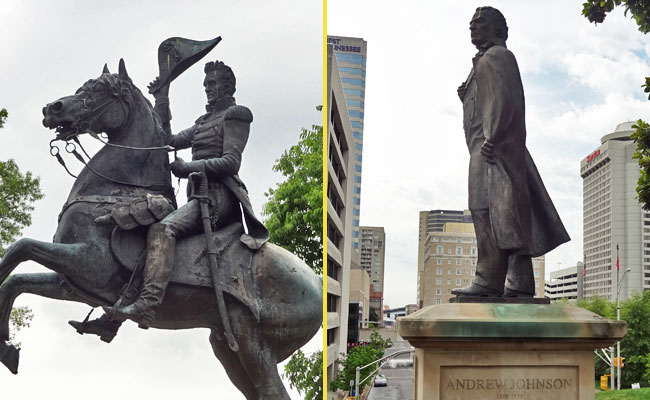 Thanks to a reader for noting that the James K. Polk Home & Museum in Columbia, Tennessee offers a much greater chance to get to know President Polk. They have daily guided tours and lots of exhibits about the former president. The museum is the place to go if you’re really into presidential history!

I leave you with a few quirky facts about Mr. James K. Polk:

-He was the only president who had been Speaker of the House. (Sorry, Newt Gingrich. It was never going to happen for you.) 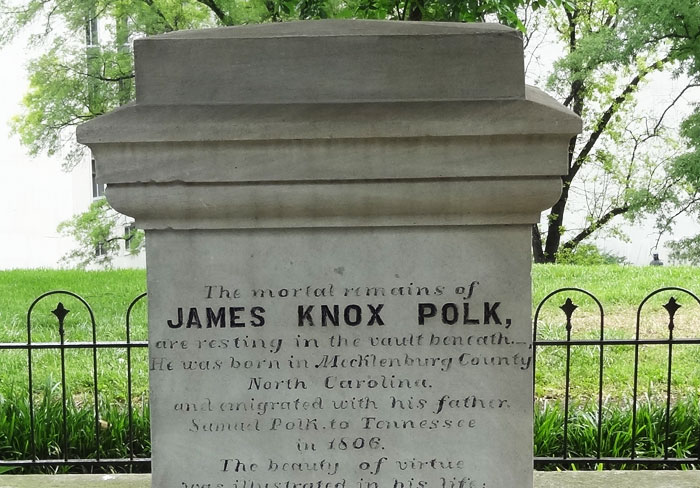 -He became president at age 49, making him the youngest commander in chief to that point.

-He was the first president to voluntarily step down after one term, fulfilling a campaign promise he had made. 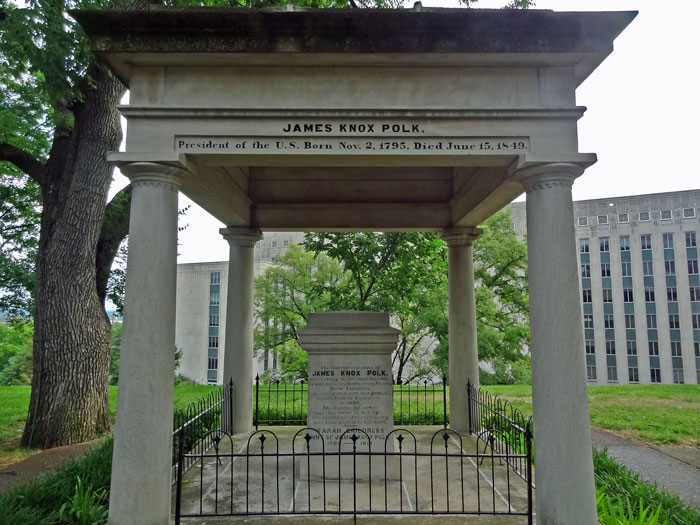 -He passed away just three months after leaving office.

-He died of cholera. (Cholera is such a pain. I used to hate when I got it while playing Oregon Trail.)

-Historians consider him one of the most underappreciated presidents, since he accomplished most everything on his agenda.

The Quirkiest Things Inside the Jimmy Carter Presidential Library

How to See the Bush Family Compound in Kennebunkport, Maine

Checking Out the Clinton Presidential Library in Little Rock

The Statues of Ulysses S. Grant and His Wife in Galena, Illinois