When you think of modern and trendy cities, Saskatoon, Saskatchewan doesn’t usually come to mind. But maybe it should. 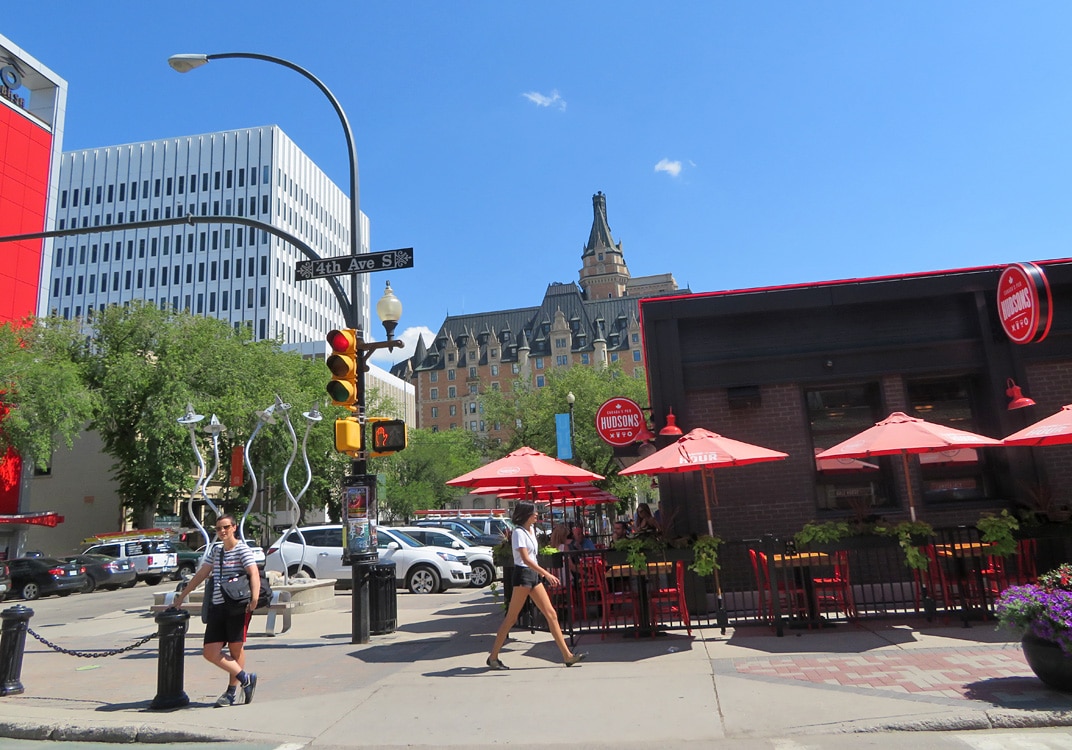 I was impressed when the wooden board of bacon-wrapped dates arrived at the table. When a delicious kale Caesar salad and maple-syrup-drizzled sausage pizza followed, I realized I had stumbled upon a winning culinary experience in the Canadian prairie city of Saskatoon.

Una Pizza & Wine is not a Saskatoon original – its first location opened a few years earlier in Calgary. But my outdoor patio lunch there set the tone for a city that turned out to be more sophisticated than many people might have imagined.

That feeling that would be reinforced several times during my three days in Saskatoon, with subsequent meals like the burger at Ayden Kitchen & Bar and the French toast at Poached Breakfast Bistro. And with memorable visits to hipster hotspots like farmer’s markets, cool neighborhoods, and record stores.

Saskatoon felt immediately comfortable, like a place I’d enjoy living. That was the biggest surprise of all. Here are some of the fun and unique things to do in Saskatoon.

Discovering the Modern Side of Saskatoon

After years of traveling, I know to never pre-judge a destination. I’ve found awesome culture and communities in the most unexpected places. There was no reason to think Saskatoon would offer anything less.

But the eight-hour drive from Winnipeg might have subconsciously lowered my expectations. A day-long commute past wide-open fields, farms, and tiny towns was enough to make me ask myself, “Why am I driving all the way up here again?” The scenery made me temporarily forget that a vibrant city could be waiting at the end of the drive.

Once I reached the Saskatoon area, there was still plenty of farmland, and lots of canola fields. But there was also a cosmopolitan side, with outstanding eateries and quirky activities that made the city one of my favorite stops on my Canadian road trip.

I felt at home seeing the adorable, tree-lined residential streets that reminded me of my old Chicago neighborhood… 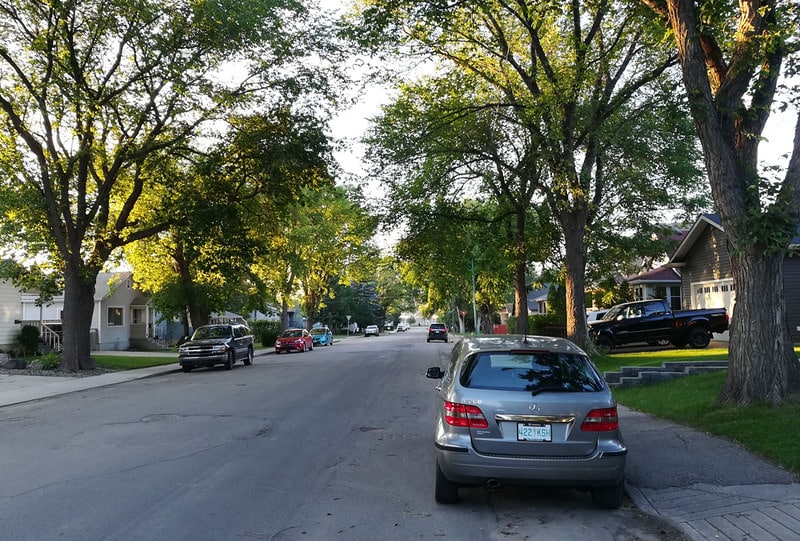 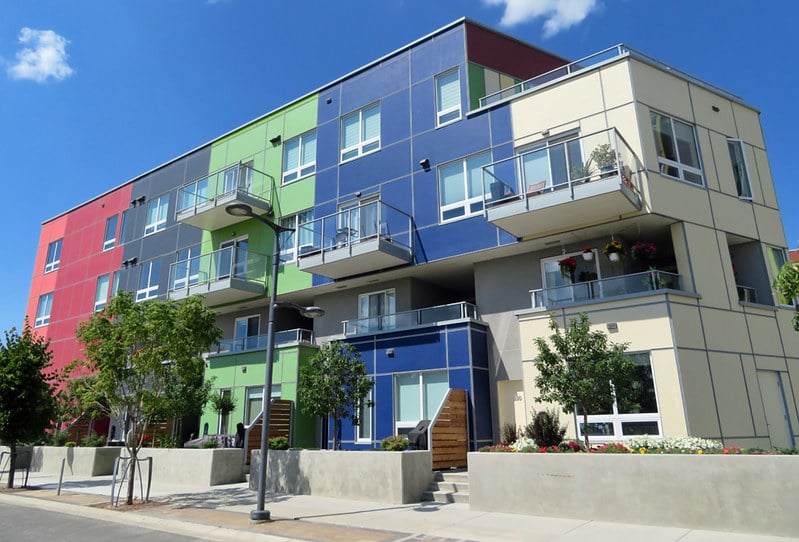 …and loved the top-notch restaurants. The CBC recently called Saskatoon’s burgeoning and creative culinary scene a “wild west of possibility.” 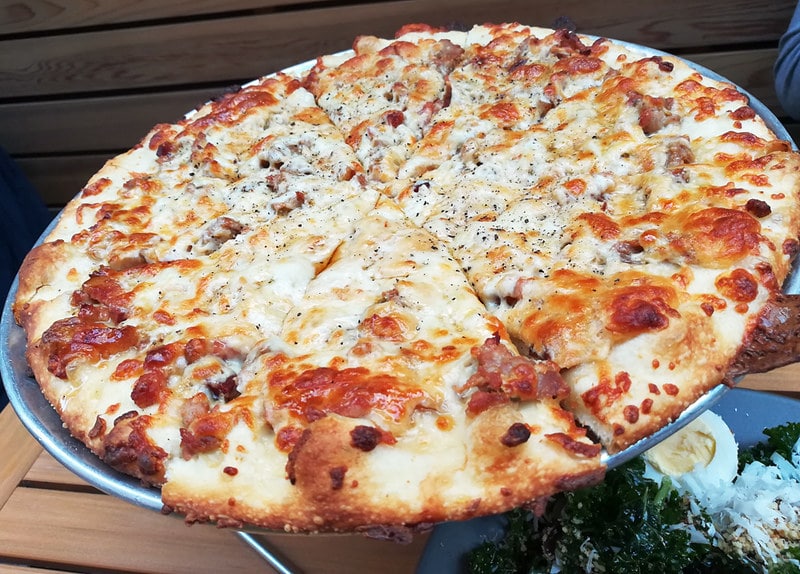 With a population of roughly 323,000 people, Saskatoon is the fastest-growing city in Canada. I was quickly discovering the reasons why Canadians would want to come here.

Finding Quirky, Fun Things To Do in Saskatoon

I had a secret weapon in my efforts to explore Saskatoon – my friend Kat, who moved here a couple years back and was able to guide me to some of the city’s best spots. As we headed out for a day of city exploration, we passed by a KFC with some amusing signage that I feel compelled to share. KehFC! Those wacky Canadians… 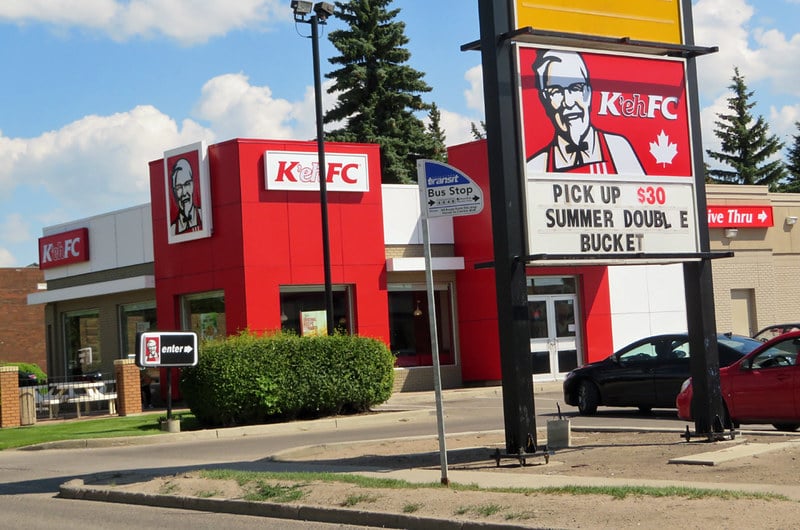 Fresher food offerings could be found at the farmer’s market at Market Square, where we picked up veggies for the night’s dinner. Then I nabbed a cool Saskatchewan magnet at a nearby gift shop for my fridge collection. 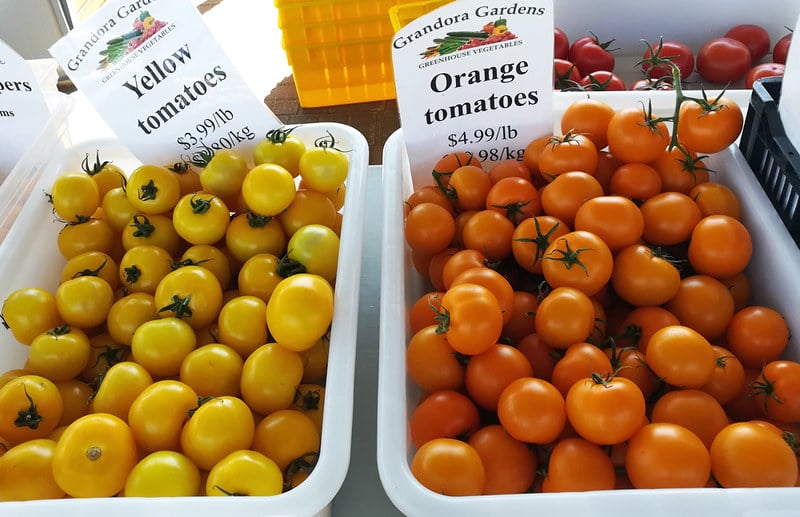 Next, it was onto an awesome local clothing store. I regret not picking up a “Prairie Proud” tshirt at the store of the same name, because the shirts looked so comfortable and the logos were cool.

Our day of hipster paradise continued on an unassuming side street in the Riversdale neighborhood with a scoop of homemade rhubarb crisp ice cream at Fable, a scoop shop that primarily uses organic and local ingredients for its seasonal menu of inventive flavors.

You have to admire the confidence it takes to open a homemade ice cream shop in a city that’s below freezing for half the year. Of course, I’d be the crazy one still showing up in February to buy a pint.

We flipped through the bins at Vinyl Diner CDs & Records, which would be one of my frequent hangouts if I lived here. Then we moved on to the kooky gift shop Glitch, which dubs itself “The Worst Store Ever” and sells novelty items like fake sunscreen bottle flasks. I must have one! 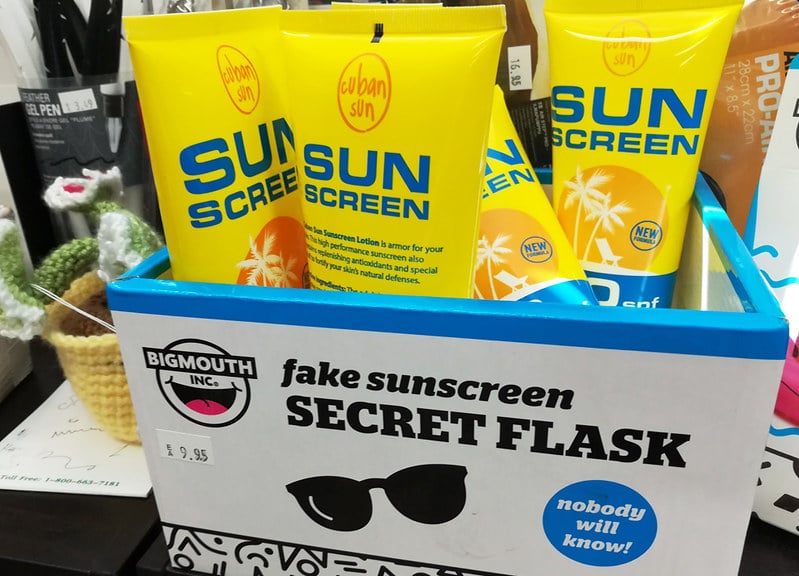 And you can’t miss Spank clothing store next to Ding Dong Vietnamese restaurant.

Saskatoon has a fancy new art museum called Remai Modern that will only enhance the city’s reputation as a growing cultural destination. But as someone who can’t get enough of quirky and offbeat attractions, I was more excited to check out the Western Development Museum, where I saw a recreation of a main street from 1910. Those old-fashioned wagons! 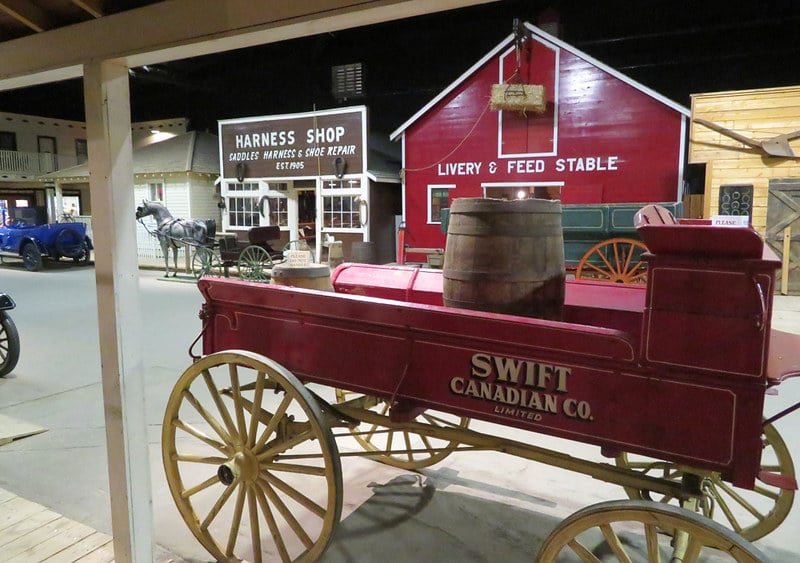 The hot, sunny day was perfect for a trip to Paradise Beach along the river. The far portion of the beach has become a clothing-optional section informally known as Bare Ass Beach. It’s safe to say I never imagined myself swimming naked in a river in Saskatoon, but life takes you to unexpected places sometimes! (Be careful – the river is wider than it looks!) 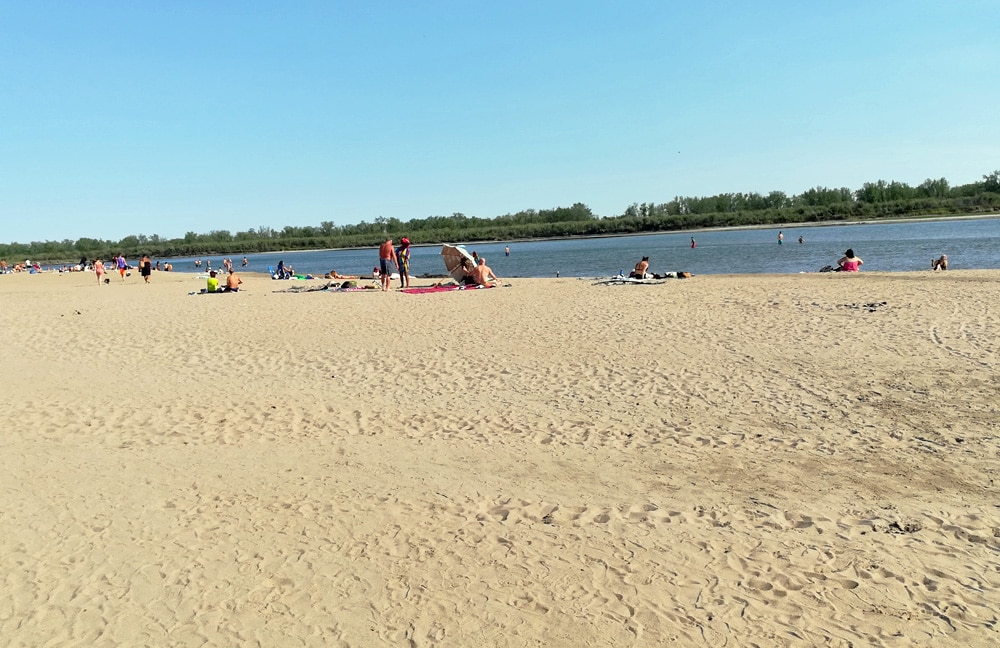 On the way back, we had to stop at one of the canola fields for the iconic Canadian prairie photo. 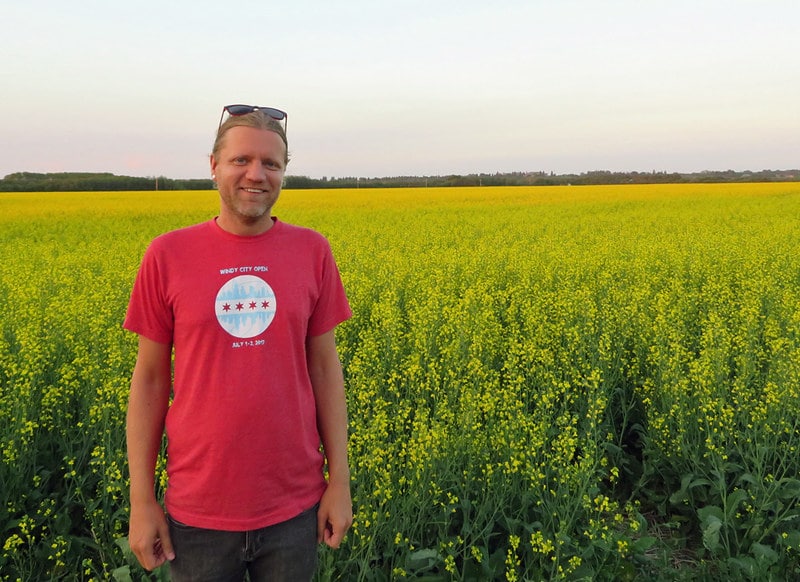 We walked along the CPR Bridge, which is unusual because it has a pedestrian walkway right next to the tracks, 64 feet above the river (freaky!) 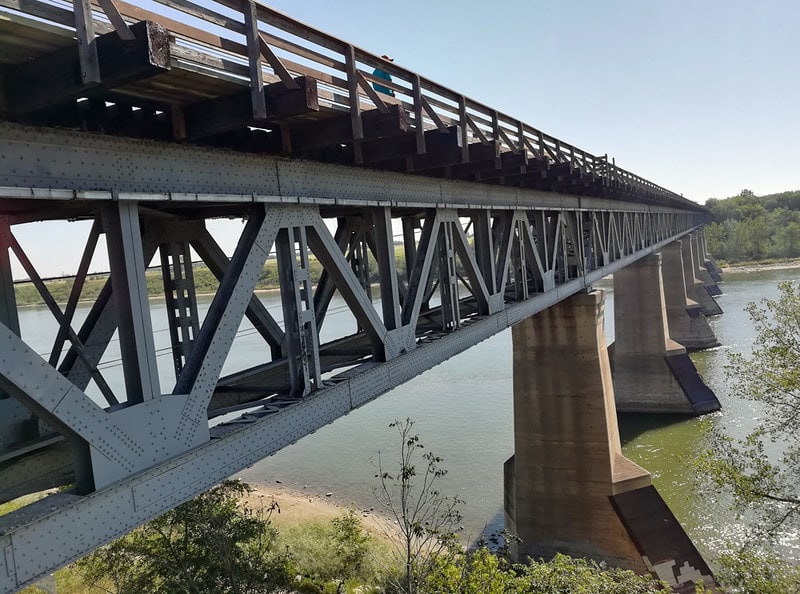 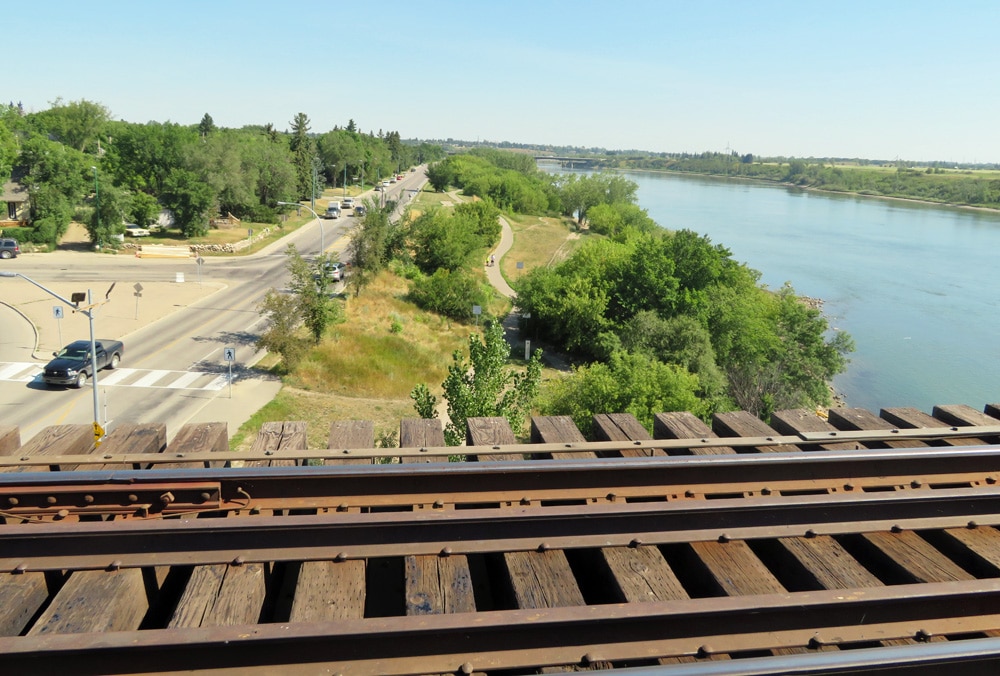 Finally, it was time to take in a sunset along the Meewasin Valley Trail before finishing the night with margaritas at the Crazy Cactus. I couldn’t imagine getting more out of a single day in Saskatoon. 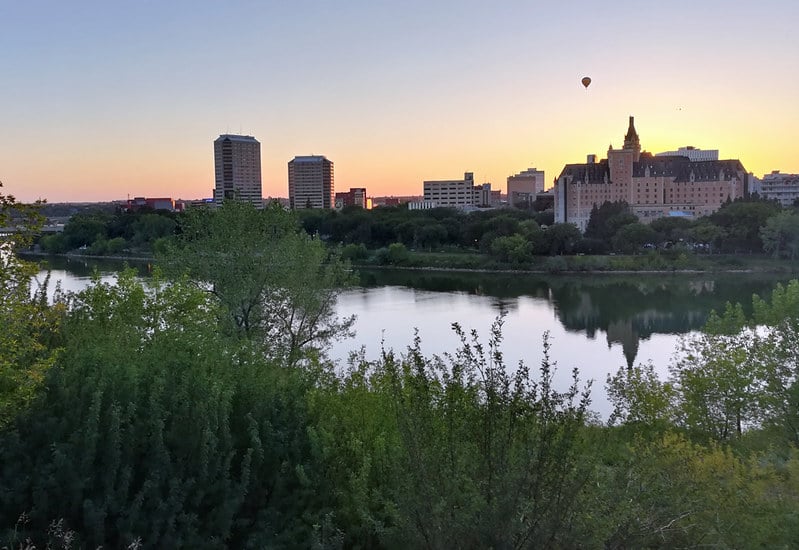 Am I Ready to Move to Saskatoon?

Saskatoon isn’t perfect, of course. It has concerns about gentrification, potholes, and questionable use of taxpayer money (the Remai Modern was way over budget, for instance.) These are typical issues that affect most urban areas, and such growing pains shouldn’t be unexpected.

My bigger concern would be the weather. Having just left a city (Chicago) with snowstorms in April and freezing temperatures that linger for months, I’m not ready to experience that again just yet!

But I would eagerly come back to visit anytime. Saskatoon feels like a place with a lot of change happening, mostly for the better. It’s easy to see why so many folks are moving there. 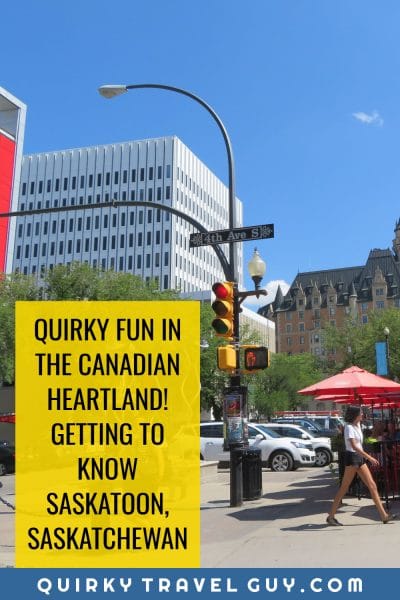