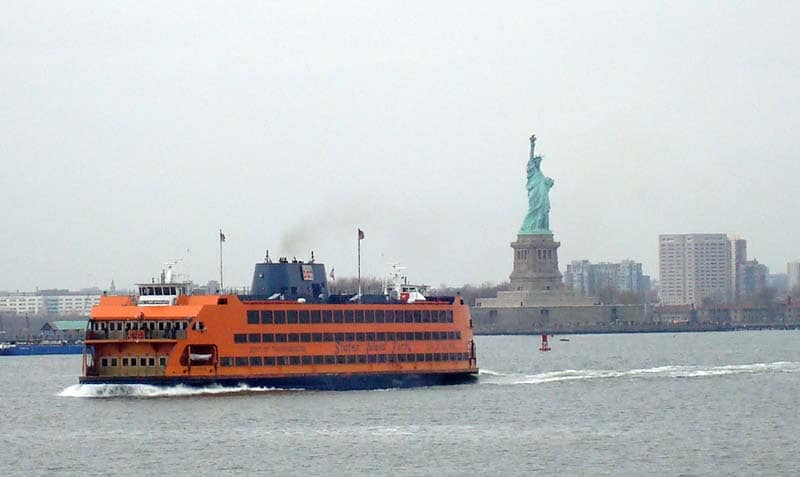 As I write about New York City tourist destinations this month, I have to share the budget traveler’s best option for seeing the Statue of Liberty up close. And that would be the Staten Island Ferry!

Simply head to Battery Park at the southern tip of Manhattan and wait for the next ferry. Ferries run 24 hours a day, every 30 minutes, except during morning and afternoon rush hours, when they come every 15 minutes. See the complete ferry schedule here.

Then, hop on and enjoy the slow ride across to the island. You’ll be leaving Manhattan behind you, and you’ll probably be followed by a bevy of seagulls. 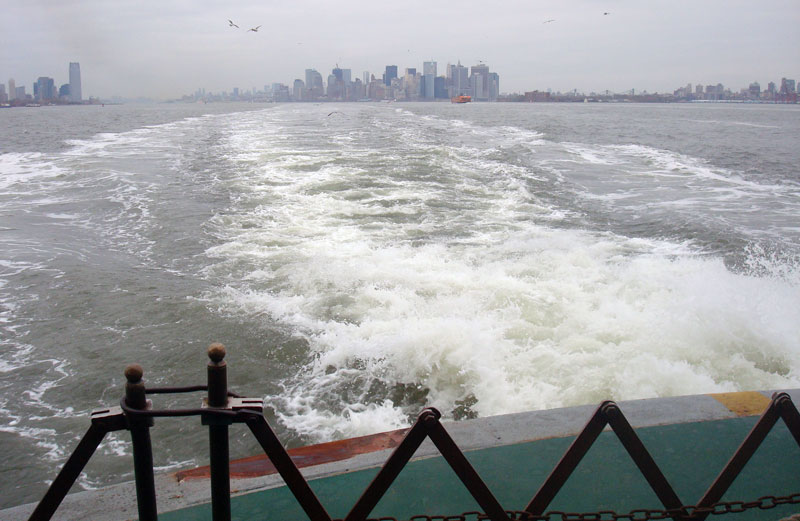 The ride takes approximately 25 minutes and covers 5.2 miles. On your way, you’ll see the Statue of Liberty on your right. There she is!

The ferry has both indoor seating and outdoor standing areas. So if it’s winter, sit tight inside and peer out the window. If it’s warm or if you want pictures, stand outside and get your camera ready. Be ready for high winds!

You’ll need to take the return ferry back to Manhattan, obviously. You have to de-board before you can get back on the next ferry. But it is totally fine to get back on the same ferry you just got off, and immediately return to Battery Park.

Soon enough, you’ll be pulling into port in Manhattan again. 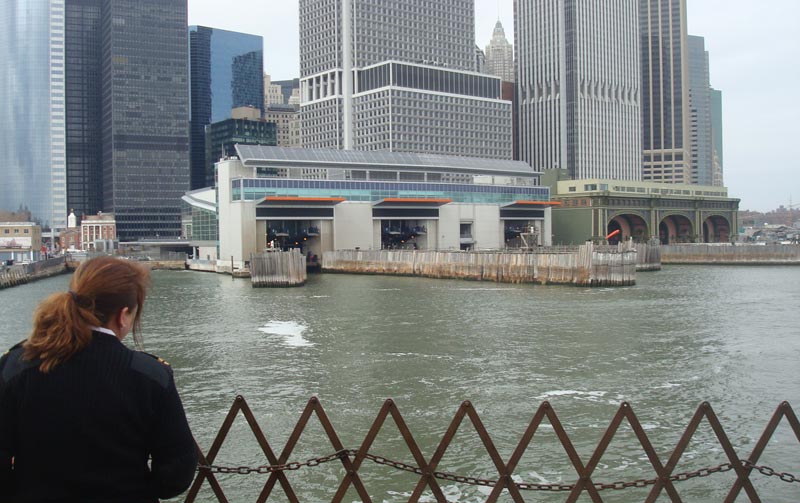 You can make the whole trip in less than 45 minutes and won’t have to pay a penny to see Lady Liberty. Combine this with staying at one of the cheap hotels in New York and checking out some of the city’s other free attractions (like the High Line and the Irish Hunger Memorial), and you have yourself a budget vacation in NYC!

Plus, you get to cross Staten Island off your list of New York City boroughs to see. Make sure to visit Brooklyn, Queens and the Bronx, and you can say you’ve been to all five boroughs.

I didn’t find any reason to stick around in Staten Island, but several sites offer lists of things to do there. I wouldn’t recommend that tourists hang around all day in Staten Island, as you have much more exciting places to see. But folks living in NYC or on an extended visit may want to spend a day on Staten Island for a change of pace.

If you really want to check out Staten Island, take the railway, which can easily transport you from one side of the island to the other. 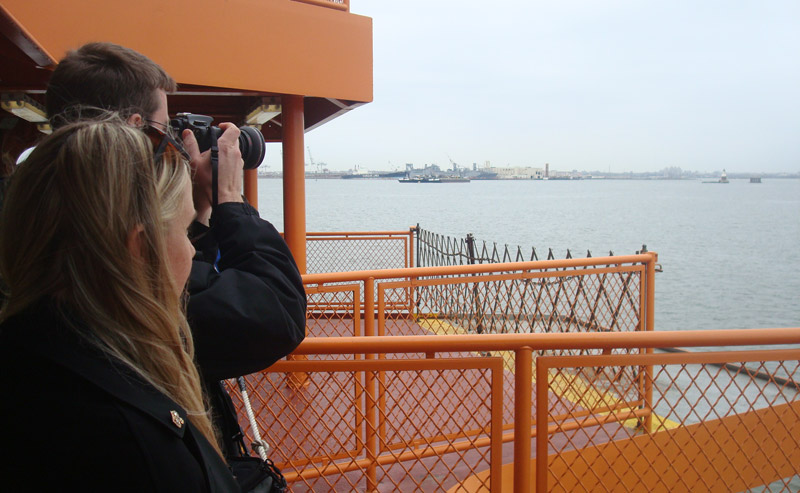 Some final fun facts: The ferry began service way back in 1817! Cars used to be allowed on the ferry, but that was changed after 9/11. The Staten Island Ferry is the busiest ferry route in the entire United States. The ferry used to charge passengers, but it became free in 1997. Since then, the city has periodically done studies to see whether it makes sense to implement a modest charge for the ferry (for everybody except Staten Island residents.)

Have you ever tried seeing the Statue of Liberty from the Staten Island Ferry?

14 thoughts on “The Staten Island Ferry: The Budget Traveler’s Method of Seeing the Statue of Liberty”