The City Museum in St. Louis is the giant playground I wish I’d had when I was a kid. You can crawl through secret passageways, run in a human-sized hamster wheel, play in inflatable ball pits and even climb through a shaky wire tunnel attached to an airplane 50 feet in the air. 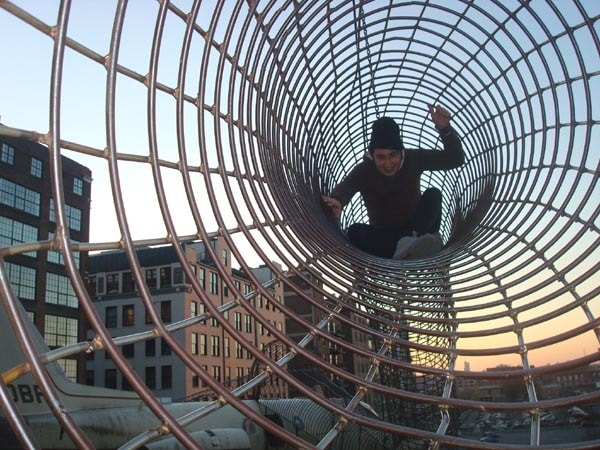 My visit to the City Museum in St. Louis

Before I visited St. Louis in December, I was trying to figure out what to see there besides the Gateway Arch. Just about everyone I talked to mentioned the City Museum.

I went with a friend on a Wednesday afternoon. It was a school day so attendance was, thankfully, sparse. There were a few kids running around the “Enchanted Caves” room at first, which made me bashful, because I didn’t want to butt into their action.

But they left before long, and soon we were crawling around the secret passages and unseen tunnels in which one room led to another. 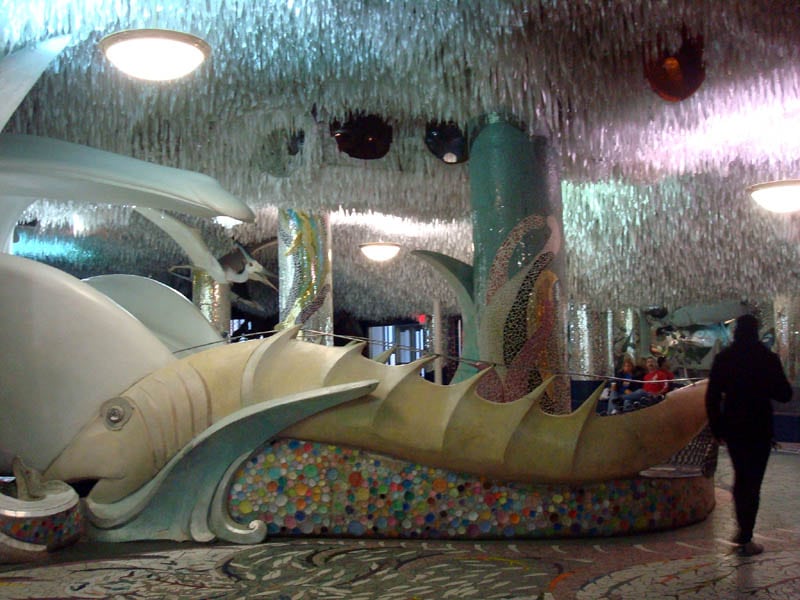 This is definitely a place everyone should visit, regardless of their age!

Slides and hamster wheels inside the St. Louis City Museum

It took a bit of wandering around, but we found the stairs and headed up to a human hamster wheel, where we took turns trying to get the thing going. (It was a challenge.)

We also found some of the giant slides. If you venture deep into the Enchanted Caves, you’ll come to the Shoe Shafts room, where workers used to send shoes down slides when the building was a shoe factory.

If you have the patience and stamina to climb up 10 floors, you can ride a spiral slide all the way back down. 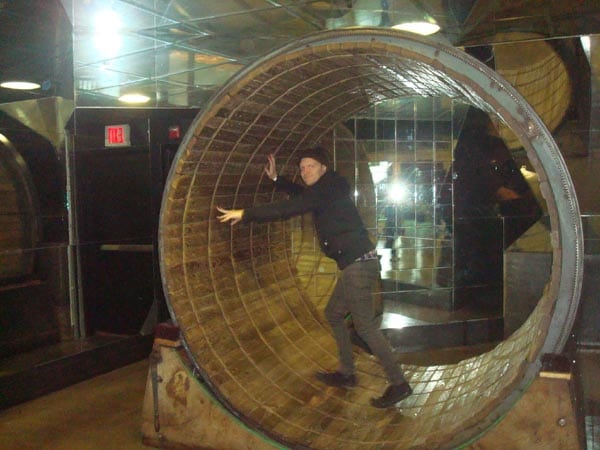 The spiral slide was fun, but we enjoyed the smaller 3-story slide by the entrance more. The front slide features bright colors all the way to the bottom.

The museum also houses the world’s largest pencil, a 76-foot-long, 21,000-pound monstrosity that actually contains graphite and a working eraser.

Ball pits and airplanes in the outdoor playground

We didn’t see anybody outside, so we thought that part of the museum was closed. But eventually (on the fourth floor, perhaps?) we spotted a door that led to the outside. 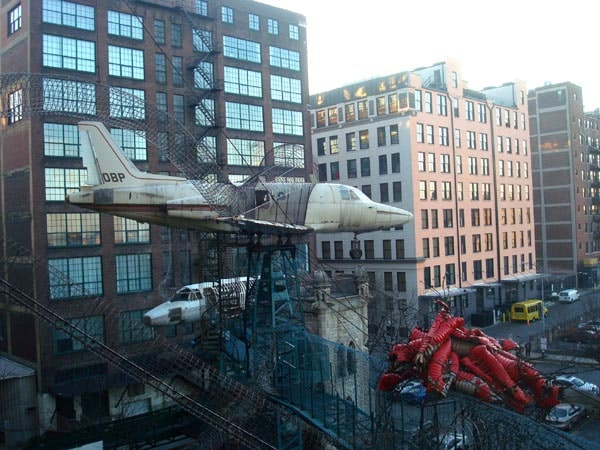 Known as MonstroCity, the outside part of the City Museum features two large Saber 40 aircrafts suspended in the air. You can crawl through wrought-iron slinky tunnels to reach these planes, where you can visit the cockpits or stand on the wings.

Climbing through the iron slinky from one plane to another was a bit scary, but in a good way, like a thrill ride. The tunnel felt wobbly, but we knew it had to be safe, otherwise they wouldn’t let people climb through, right? 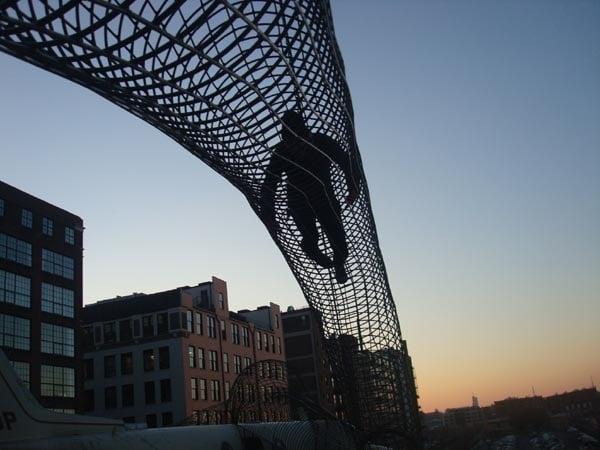 While climbing through the tunnels, I noticed a vintage clothing store on one of the floors inside the building.

But I never figured out how to get there – that’s one of the drawbacks of a museum where navigation so difficult. I later learned it was called The Baleout. It would have been cool to check it out.

The outside playground also had a giant ball pit with lots of old rubber dodge balls. While digging through the balls, we found lots of weird items, like earrings and, bizarrely, a half-eaten bag of baby carrots. You’ll want to make sure you wash your hands after leaving this place. 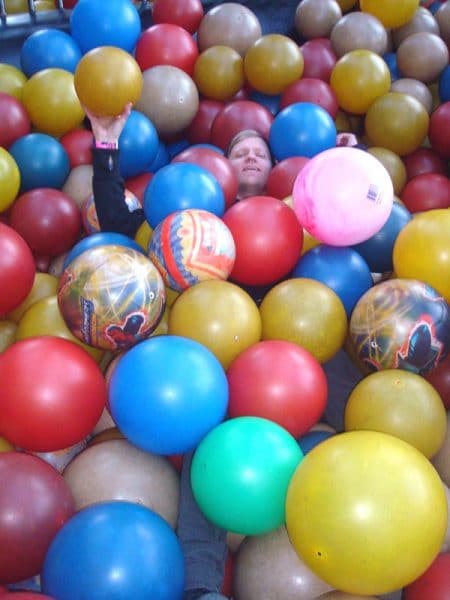 In the winter, the museum is closed on Monday and Tuesday. On Wednesday, Thursday and Sunday, the facility is only open until 5 pm.

On Fridays and Saturdays, they stay open til midnight, and those late nights are when many of the adult events are held, complete with a bar serving alcohol.

Admission is currently $15.36 with fees for daytime visits for anyone over the age of 3 (there’s no child discount), with an extra $5 charge if you want to go on the roof.

The roof was not open when we visited – I’m not sure what’s up there, but it’s closed November through May. Prices are accurate as of early 2021.

The St. Louis City Museum is definitely worth the cost. I can imagine that during the summer, this place would be absolutely overrun with visitors.

If you have the time and can withstand winter temperatures, you may want to check it out during the colder months. It may not be as popular as the St. Louis Arch… but it should be.

5 thoughts on “The City Museum in St. Louis: A Giant Playground”