Who loves some quirky geography? As a map enthusiast, I enjoy oddball spots such as the exact center of the United States, which I visited several years ago in Lebanon, Kansas.

Recently in central Canada I found another geographical quirk: The exact longitudinal (east-west) center of Canada.

Sitting at 96° 48’ 35” W, this spot is situated in the town of Tache, Manitoba, just 30 minutes or so from the province’s capital city of Winnipeg.

Known officially as Centre of Canada Park, the site currently consists of just a welcome sign. You can come take your photo in front of the big sign declaring the spot the “Centre of Canada.”

Also look out for the maple leaf flag made out of flowers. It’s a cool piece of flower art! 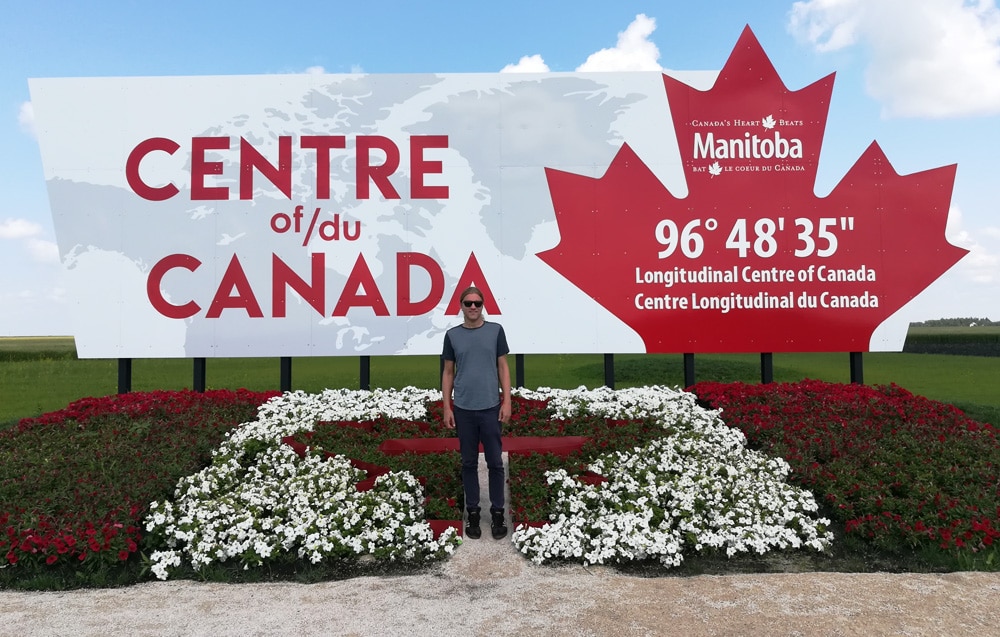 Visiting the Longitudinal Center of Canada

The “Centre of Canada” sign is easy to spot driving along Route 1, the Trans-Canada Highway that runs the distance from the Atlantic to the Pacific Ocean.

I made a stop here on my Canadian road trip, which took me from Chicago up into Manitoba, and then across from Winnipeg to Saskatoon to Edmonton, and down through Banff and Jasper National Parks.

Parking is easy. There’s a sizable parking lot where you can pull in to walk over and visit the center of Canada sign.

A small but steady stream of tourists came by to take photos while I was there. This section of Canada has a lot of long, boring highway, so it’s understandable that folks would get excited for a unique spot like this! 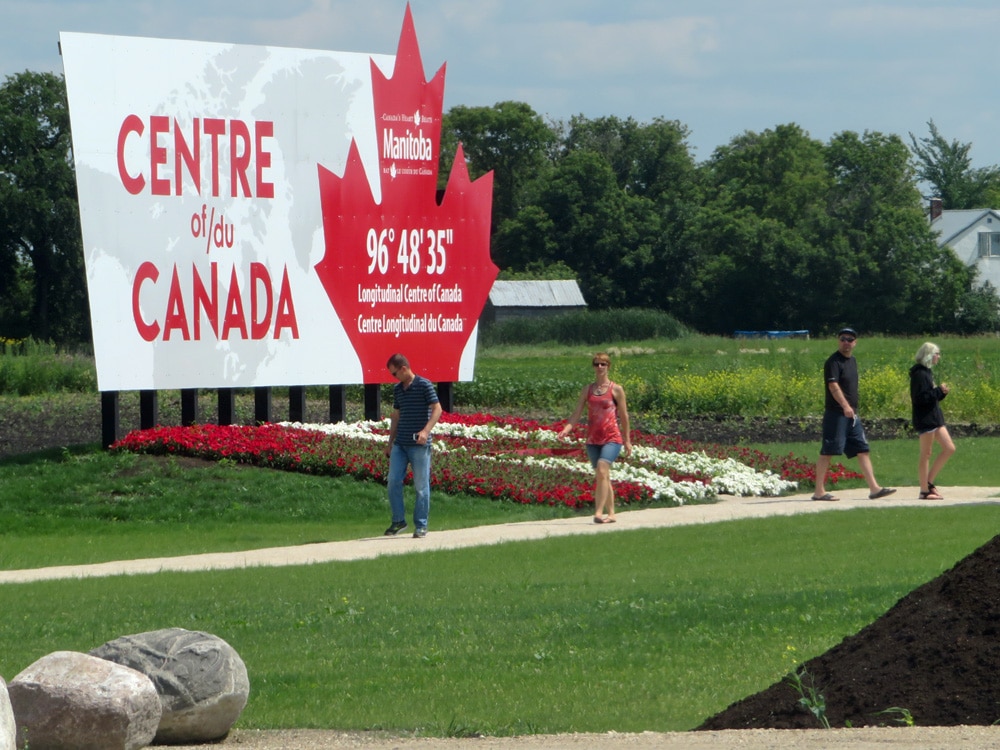 At the moment, there’s not a ton going on at this site. It’s mostly a quirky roadside stop and a chance to take a couple selfies.

But there are big plans in the works for this site, including a 20-acre park with a wetland area, an observatory, interactive elements, a playground, and a large special event area. That will all be very cool!

The Debate: Is This Precise the Center of Canada?

Is this precise spot really the exact longitudinal center of Canada? There’s some debate. The Atlas of Canada says the real middle of Canada is a spot 20 minutes east of Tache.

But this is where the official marker now rests, so it’s going to own the honor from now on. 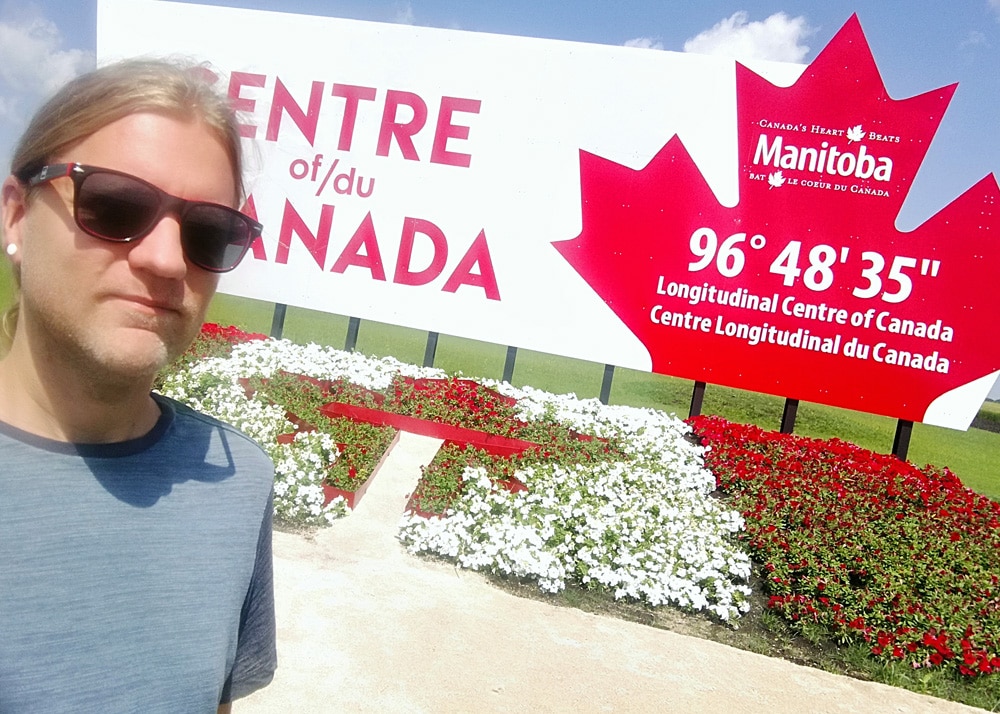 Other municipalities lay claim to the “center of Canada” title, including Baker Lake, Nunavut, which would be the center if you take into account both longitude and latitude. But Baker Lake is quite out of the way, so not many tourists are going to make that journey way up north.

So where is the center of Canada for real? Well, this attraction in Tache can at least claim to be the center from an east-west perspective.

And since it’s right off a major highway and near a big city in Winnipeg, this Longitudinal Center roadside attraction will likely be the one that gets all the visitors.

Would you visit a quirky attraction like the Longitudinal Center of Canada?