Even in the morning sunshine, without its neon bulbs illuminated, the giant Sahara sign is an impressive sight to behold at the Neon Museum.

My knowledge about old Las Vegas hotels is limited, but of course I’ve heard of the Sahara. And I’ve seen its familiar logo, with the giant letters placed above two camels. 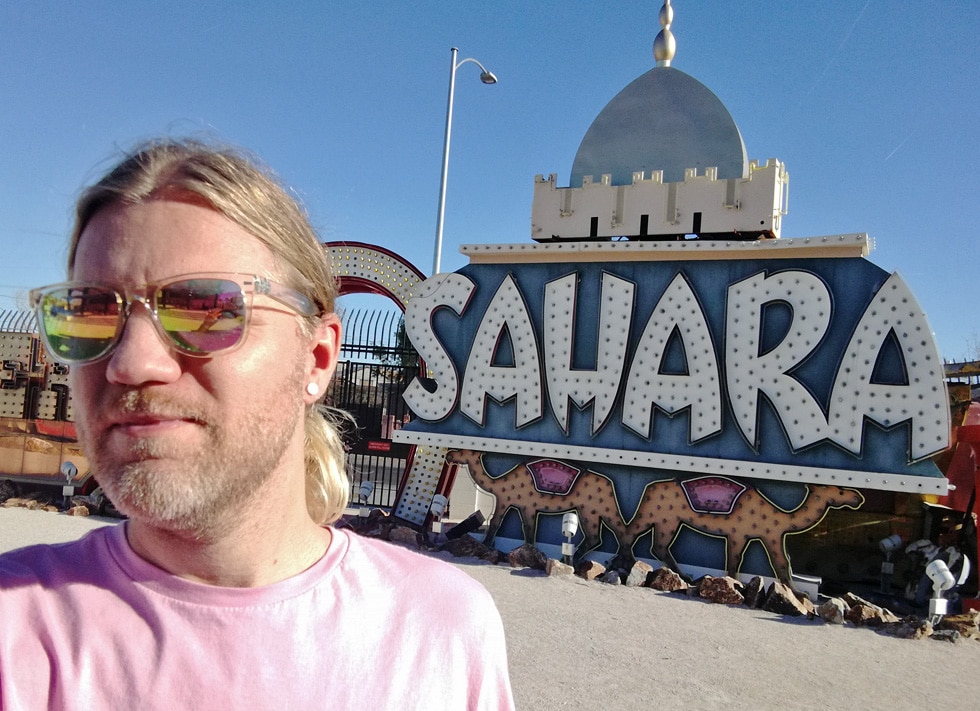 Like many Vegas hotels of yesteryear, the Sahara has quite a history. Every major singer and comedian from the ‘50s and ’60s performed there. The Beatles once stayed there. It remained in business until 2011, and a few years after that it was renovated and re-branded.

In the old days, this Sahara sign stood on a marquee at the back entrance of the casino. The sign towers over all of us, even though it’s actually the *small* version of the sign (the one from the main entrance on Las Vegas Blvd. was more than three time as big!)

RELATED READING: How I Made $7200/Hour on the Slots in Vegas

Today, the Sahara sign rests on the ground, looking much more modest and quiet. But the sign has not been forgotten. In fact, it’s a featured attraction at the Neon Museum.

For years, I’ve read about the Neon Museum, or the “Neon Boneyard,” or the “Neon Graveyard,” as some call it. It’s the place where old neon signs from Las Vegas businesses go once they’re torn down. The museum always seemed like one of the quirkiest activities to be found in Vegas.

I finally had a chance to stop by in January, and seeing the museum in person was more exciting than I had expected. The signs are huge, and they are numerous, representing everything from small inns and hotels to more iconic Vegas attractions like the Stardust Resort, the Moulin Rouge Hotel, the Liberace Museum, and the Golden Nugget.

Fun facts about some of the other locations and signs: The Moulin Rouge became the first integrated Vegas hotel in 1955. The Frontier is where Elvis played his first Vegas show in 1956, and the Aladdin is where Elvis got married. The Stardust sign was the tallest in the world (188 feet) in 1968. All of these signs are currently on display at the Neon Museum. 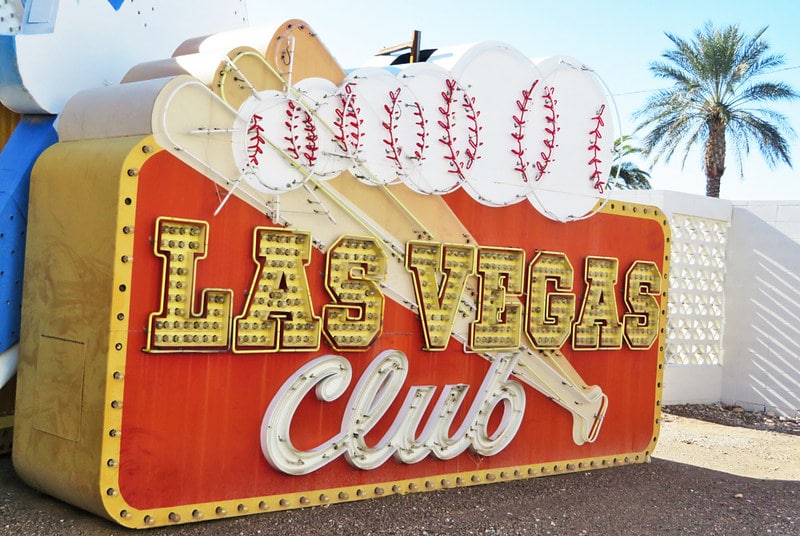 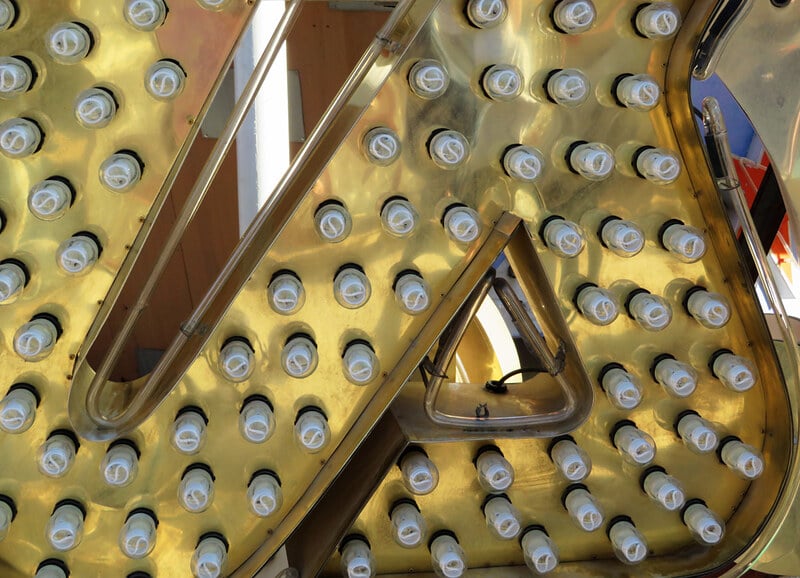 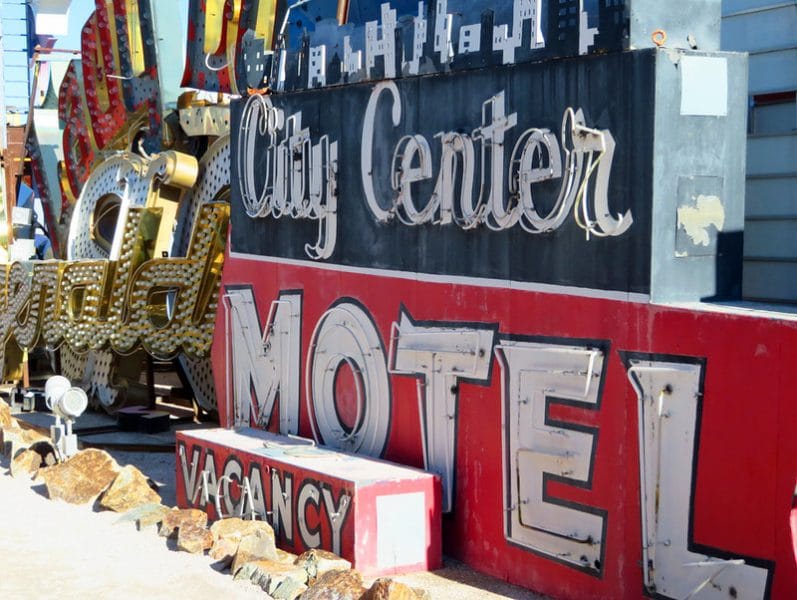 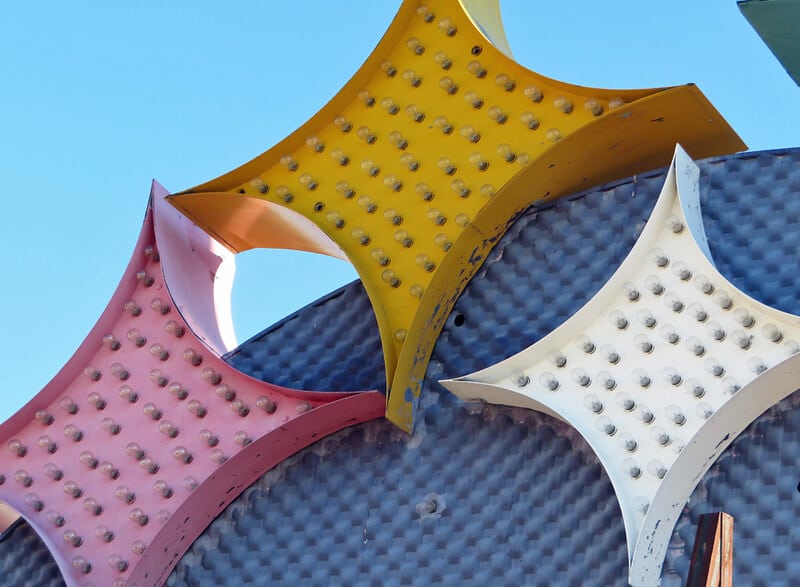 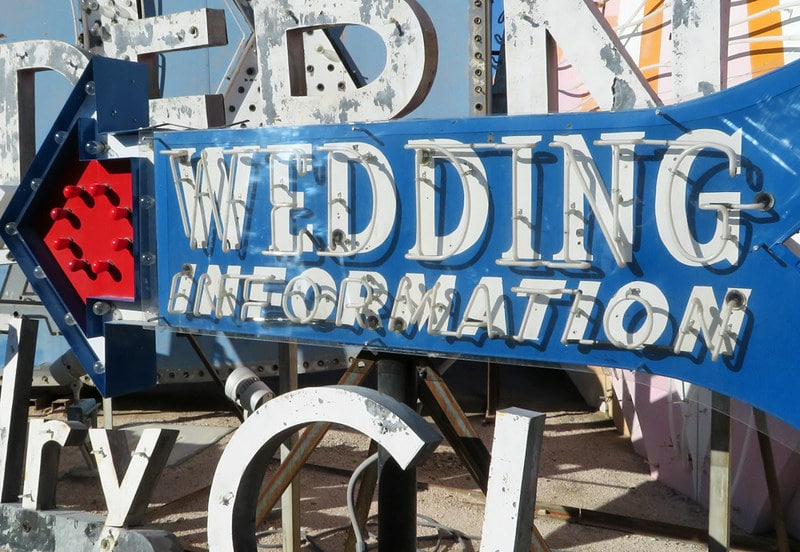 Though it feels like I’ve been hearing about it forever, the Neon Museum first opened its doors in 1996. If you’re planning to come, make sure to book online well before your visit. Walk-in visitors are unlikely to be able to get a ticket. Sometimes time slots sell out way ahead of time, though I was able to book a weekday appointment just a few days in advance. 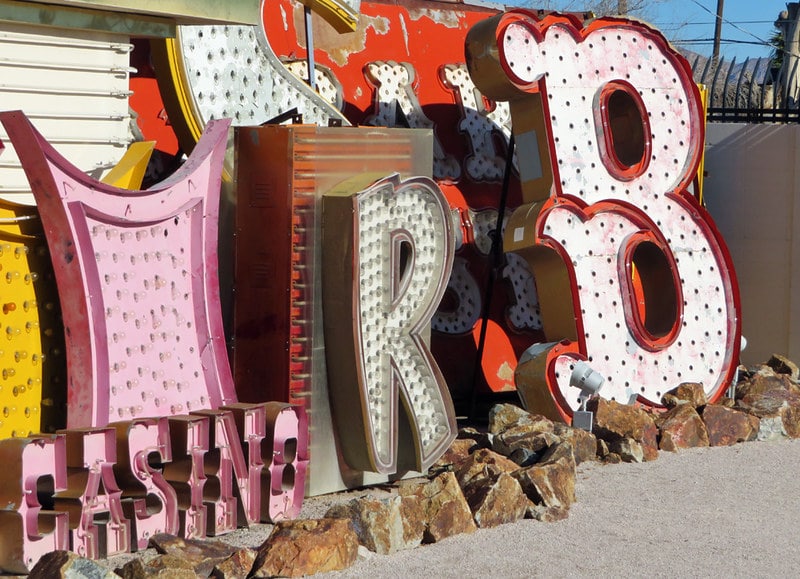 Take note that the entire museum is outdoors, taking visitors along a winding gravel path (bring sunscreen & sunglasses for daytime appointments!) A guide leads each group through the boneyard, telling the stories behind the signs. 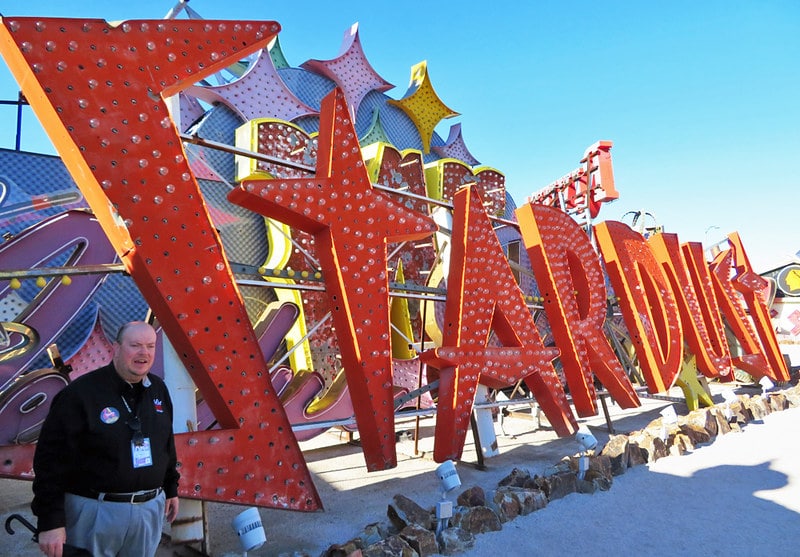 I had imagined a much bigger graveyard area, but instead the signs are piled together and nestled between each other on a fairly compact piece of property. That layout is smart because it means less walking for guests and allows everyone to get right up close to the signs. 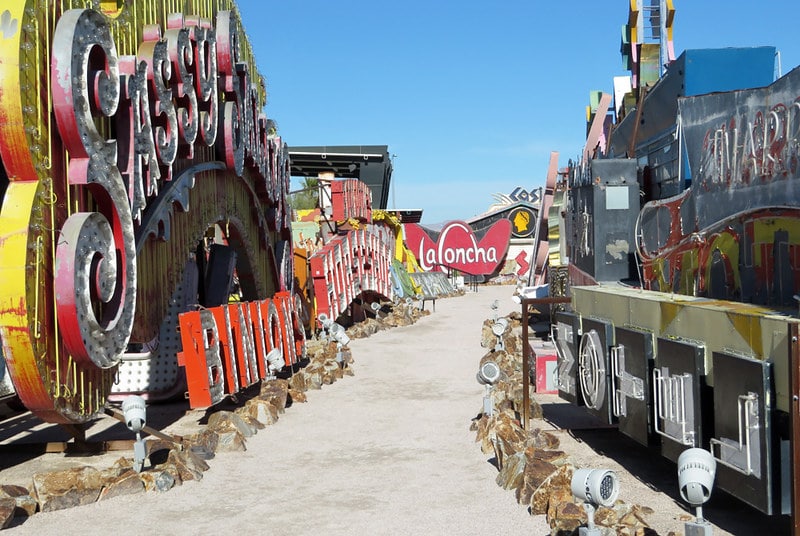 Visitors can pay extra for a night experience as well. During the night show, some of the signs are lit up and restored to their former glory. Cool! Not all of the signs light up – in fact, a majority do not.

However, in early 2018 the Neon Museum created a new evening show called “Brilliant” that blends music and light projection to create a multimedia immersion. A trailer for the experience shows the old signs illuminated with video footage while Frank Sinatra and others belt out their old-time hits.

This program looks very cool. It appears as though the audio and moving images will really give a much fuller sense of the classic Vegas experience. “Brilliant” opened just after my visit, so I’ll have to make another trip back soon to check it out.

Address: 770 N Las Vegas Blvd, Las Vegas NV 89101 (Google Map)
Cost: $19 for day tour, $26 for evening
When to Visit: Tours are offered at various times of the day and evening, from 10 am to 11 pm. Book in advance.
Website: http://www.neonmuseum.org/
Budget Lodging Nearby: Airbnb is your best bet – rooms are quite cheap in Las Vegas
Upscale Lodging Nearby: Wynn Las Vegas
Further Reading: The Unofficial Guide to Las Vegas 2018 (Amazon) 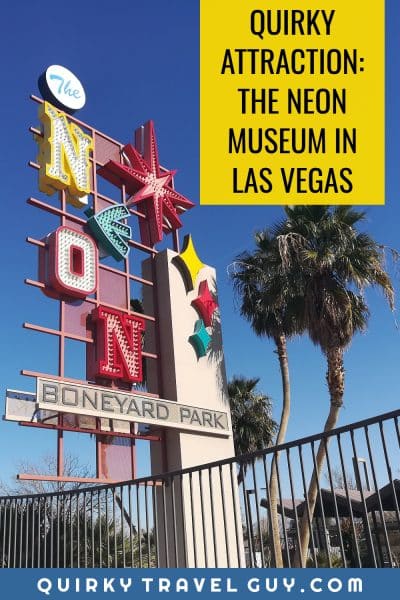