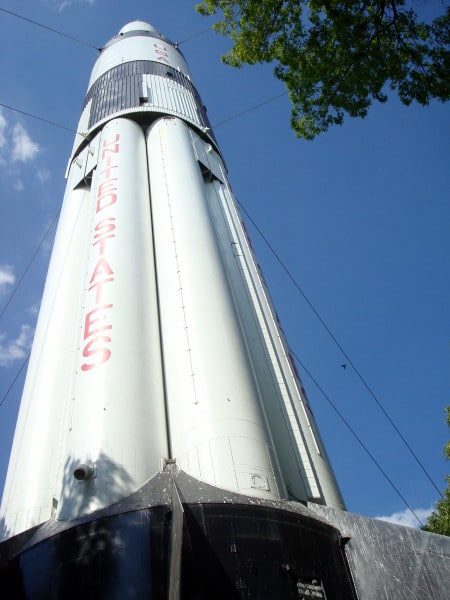 Welcome to Alabama! Look, we have a giant rocket!

That’s how visitors and road trippers are greeted as they pull in to the rest stop welcome center on I-65 in Alabama, one mile south of the Tennessee border.

I confess that I was not expecting to see a real rocket on display at a random rest stop in the Deep South, but there it was. A 224-foot-tall Saturn 1B rocket, one of three created in the Alabama city of Huntsville. A sign at the site explains the details:

In other words, one of the rockets in the Saturn series went to the moon, but not this one. It possibly could have flown into space, except it didn’t. So this rocket is kind of historic… or not.

The Saturn 1B Rocket at the Alabama Welcome Center

Regardless of where this thing did or did not go, unless you’ve been to NASA and have looked at space vehicles up close, the rocket is pretty cool to see.

There’s a fence around it (so no touching!), but you can get super close for an impressive look at a little piece of space history. Most people aren’t expecting to see a rocket in Alabama, so take pics and post them on Instagram! 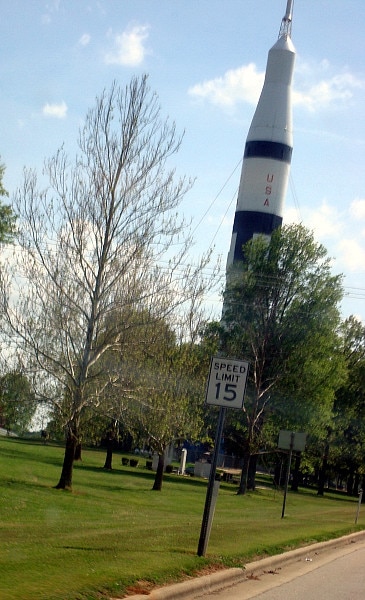 In 2014, it was announced that the rocket would be getting a facelift, with new paint (more than 100 gallons!) and a fresh cleaning. It had gone eight years without being painted, so it was way overdue for the update. The rocket has been on display here since 1979.

The Alabama rocket is one of three Saturn 1B rockets currently on display. One is in Huntsville, Alabama, and another resides at the Kennedy Space Center in Florida.

If you find yourself driving between Nashville and Huntsville, make sure to pull over at the rest stop to catch a glimpse up close.

At this rest stop, I found a couple other quirky sights. Like this menacing sign that warns outsiders not to mess with Alabama: 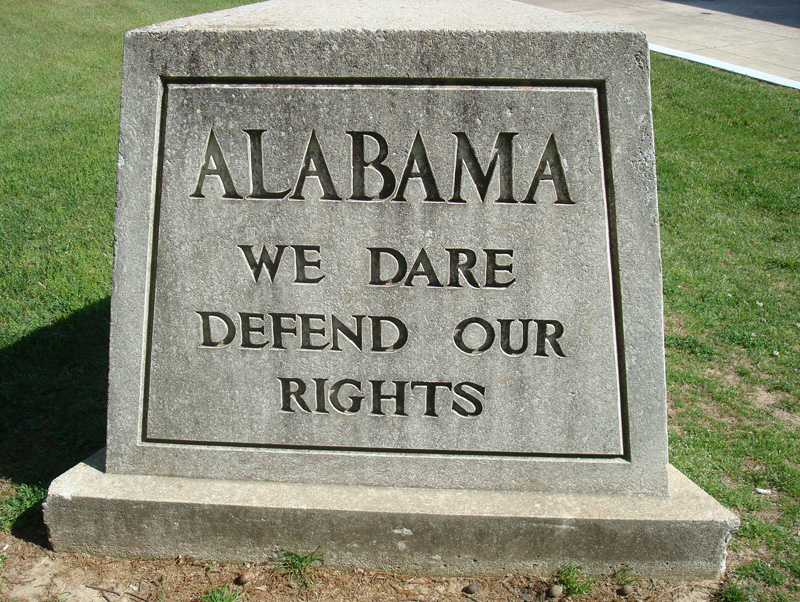 And this “beautification award” which I assumed they presented to themselves. Turns out the state of Alabama likes to present these awards to various businesses and public spaces: 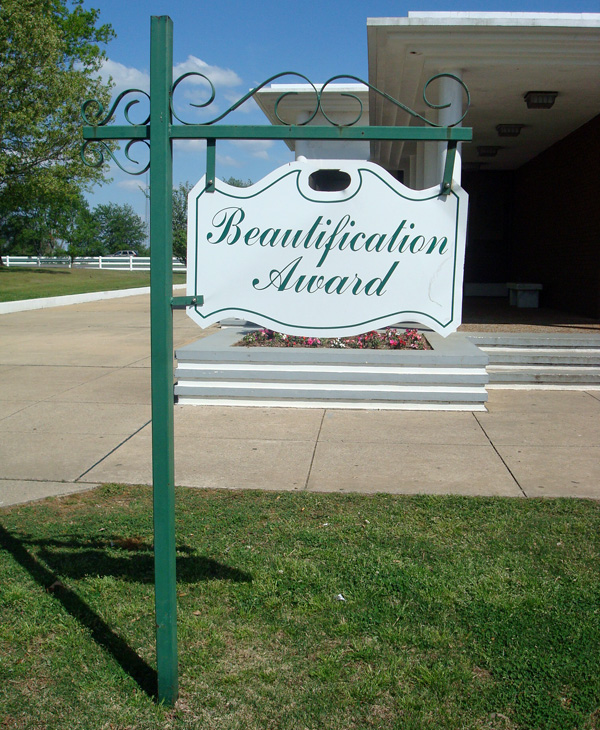 Neither is as impressive as the Saturn rocket, but I thought they were funny.

There are not a lot of places where you can see NASA history in the U.S., so make sure to stop by if you find yourself in Alabama. It’s right on the highway, so there’s no excuse not to stop!

This shuttle is especially cool place to stop on a Route 65 road trip from Nashville to New Orleans. Don’t forget to pull over at the first rest stop once you enter Alabama!

You need to be on the southbound side of the highway to pull into the rest stop parking lot next to the rocket.

You’ll see the tall shuttle from a distance as you begin approaching it from far away.

The U.S. Space and Rocket Center in Huntsville, Alabama

For those who are looking for more rockets, the U.S. Space and Rocket Center in Huntsville, Alabama has been welcoming visitors since 1970. They have a mock-up full-scale replica of the Saturn V rocket, plus lots of other attractions.

Guided tours of Saturn V Hall are available daily at 10am, 12pm, 1:30pm, and 3:30pm. Of course, you are free to explore without the guided tour.

I recently had a chance to visit the Space and Rocket Center for the first time, and saw several more rockets, both indoors and outside. The center is an awesome way to learn about the history of American space exploration, and to learn about each of the specific rockets which remain on display.

There’s one huge rocket that can be seen from the highway as you’re driving past. 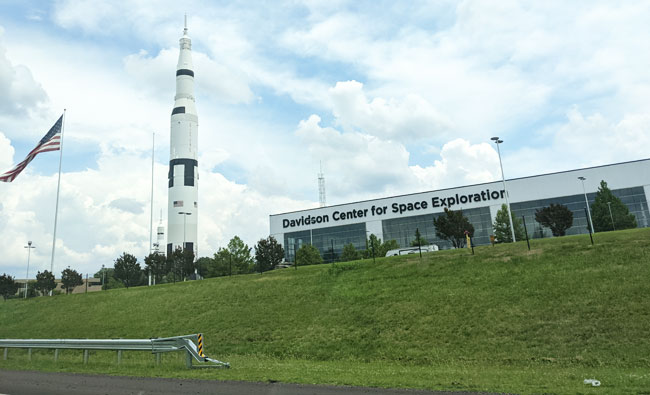 So there’s not one, but two chances to see actual rockets from the highway while driving through Alabama!

Learning about America’s history of space exploration is a fascinating way to spend time, so make sure to visit these rockets if you find yourself in Alabama.

Have you ever seen the rocket in Alabama or visited the Rocket Center?

Crazy Horse: The monument that may never be finished