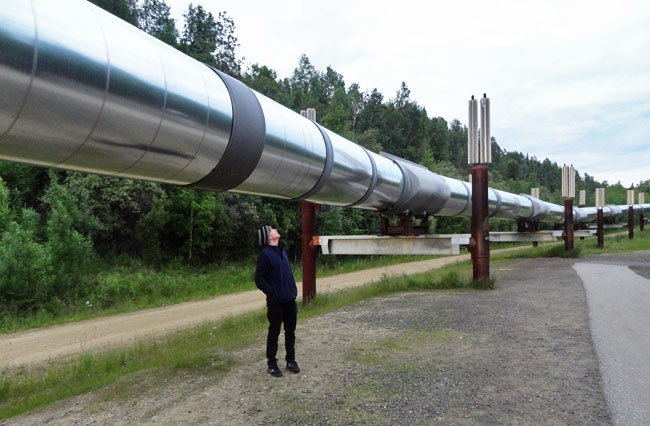 Back in the early ‘70s, before the subject of drilling for oil in Alaska became the highly-charged political hot-button issue it is today, the Trans Alaska Pipeline, or Alyeska Pipeline, was regarded as one of the great feats in modern engineering.

Completed in 1977, the $8 billion pipeline carries 15 percent of America’s domestic oil production. Parts of the pipeline are underground, and parts are above ground, like this portion at the Visitor Center, eight miles north of Fairbanks.

The visitor center has displays and pipeline maps that lay out all the facts. You can stop by anytime to learn about this structure and touch it up close. 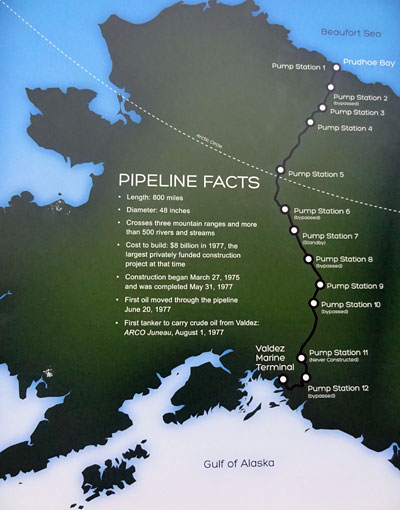 Also on display are some of the “pigs of the pipeline,” which travel through the pipeline along with the oil and help detect any unexpected changes in the system. 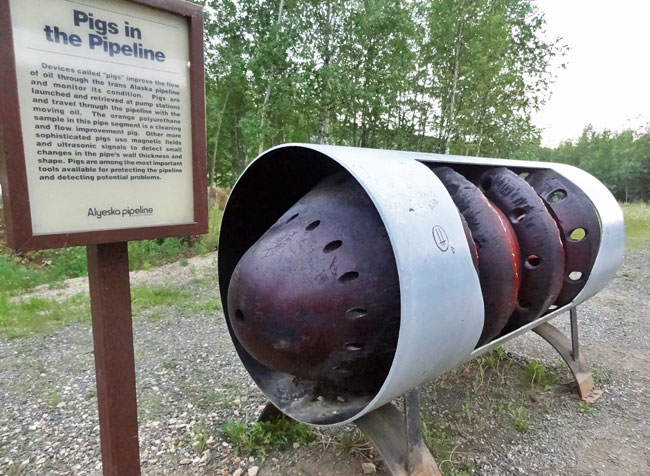 How long is the Trans Alaska Pipeline?

The pipeline travels a staggering 800 miles down the entire state. While the visitor center is in Fairbanks, you can drive south for hours and see the pipeline popping up everywhere, over mountains, across rivers, through forested terrain. 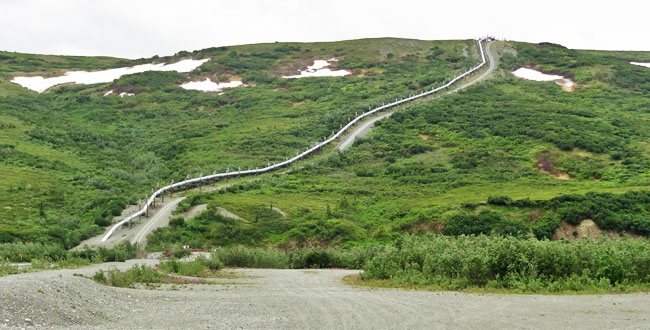 The pipeline often has its own bridges as it crosses more than 500 rivers and small streams. 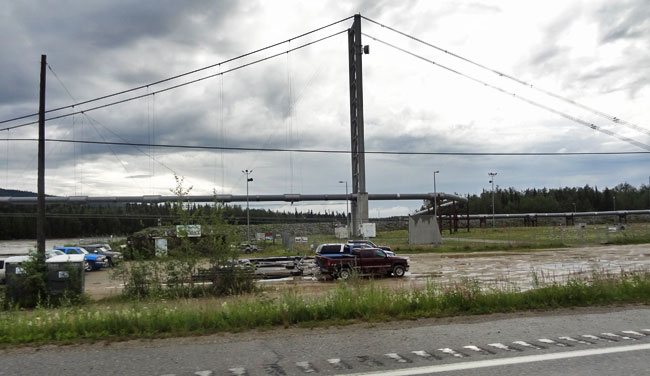 Oh, and this is bizarre but true: The pipeline has its own Twitter account. They tweet out the number of barrels that pass through each day, which is roughly 500,000 per day.

Want to hear another Alaska Pipeline fun fact? According to its website, “Telluric currents caused by the same phenomenon that generates the Northern Lights can be picked up by the pipeline and zinc/magnesium anodes. The anodes act like grounding rods to safety return these currents to the earth reducing the risk of damage to the pipeline.”