Sun Studio in Memphis is often referred to as the “birthplace of rock & roll.” The Sun Studio Tour lets you witness the history firsthand!

It’s rare that I’m ever in awe of anything, but standing in the actual spot where Johnny Cash, Jerry Lee Lewis, Elvis Presley and Carl Perkins recorded together in 1956 was pretty amazing. 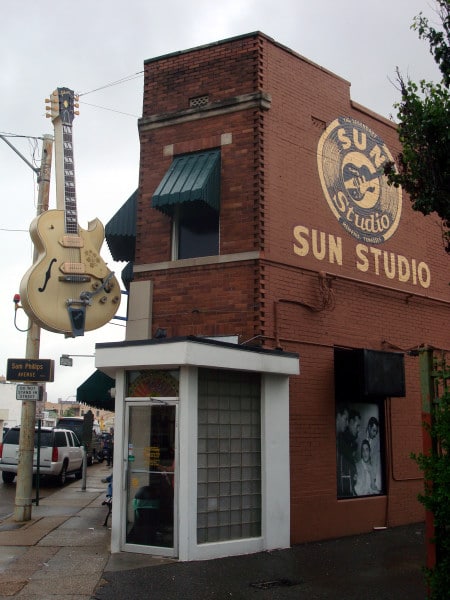 The studio was in its heyday in the ’50s and ’60s, but eventually closed down. It was re-opened in 1987, and rock bands like U2 and Def Leppard began recording there. Who wouldn’t want to record in a place with all that history?

Because of Sun Studio’s history, musicians stop by all the time when they’re visiting Memphis, so you may even get a celebrity sighting during your visit. The last time I visited, Elvis Costello happened to be there with blues legend Hubert Sumlin, as evidenced by this awesomely blurry photo: 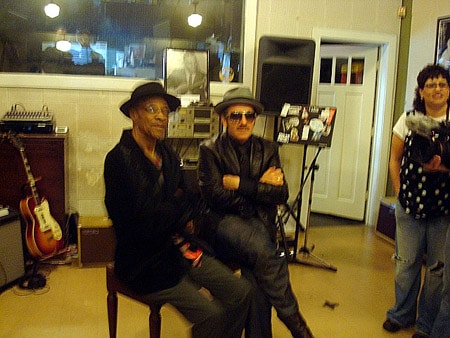 The Sun Studio tour begins upstairs, where you are treated to the sights and sounds. Historic memorabilia is on display, and audio clips are played as the guide provides information about the beginnings of rock ‘n roll history. Then, you move downstairs into the very studio where the “Million Dollar Quartet” recorded.

You can even pose with a microphone used by Elvis and the rest of the legendary figures. 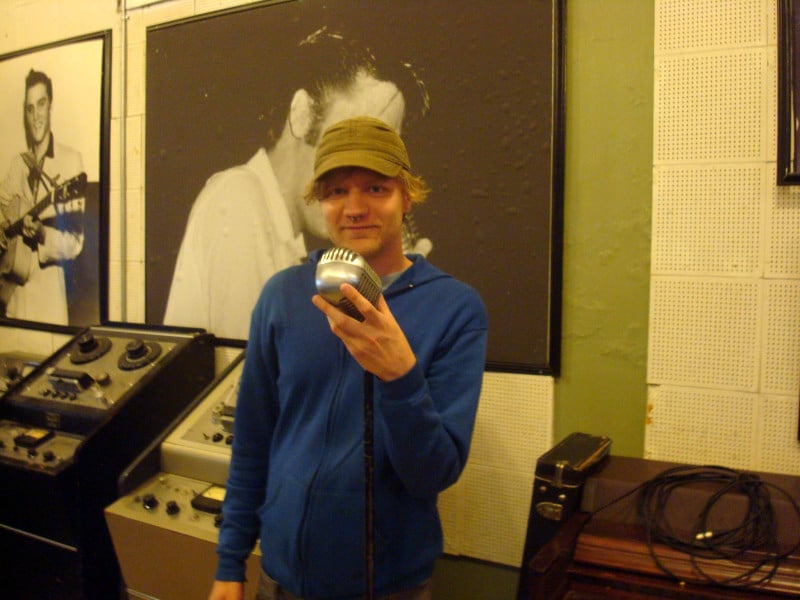 There’s also a crowded gift shop that sells t-shirts, hats, and tons of other Sun Studio items. There aren’t a lot of places left that hold real significant music history, but Sun Studio is definitely one of them. I highly recommend taking this tour.

Unlike some other stuffy recording sites (Motown Museum, I’m looking at you), Sun Studio allows you to take pictures during the tour. Score!

Parking is free at Sun Studio. The building is located at 706 Union Avenue. There’s a free shuttle bus that runs once an hour from Sun Studio to Graceland. The Sun Studio Tour is about 45 minutes. Plan to stay 60-90 minutes to give yourself time to check out the gift shop and the rest of the space.

Anyone who is interested in music or pop culture history should make it a point to stop by Sun Studio while in Memphis. It has just as much history as places like Graceland and RCA Studio B.

For more info on Sun Studio, check out the official site. 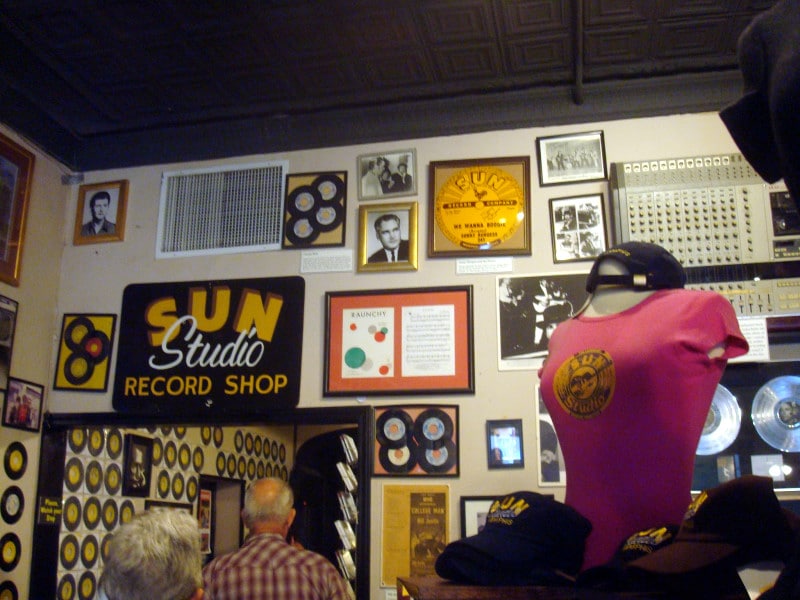