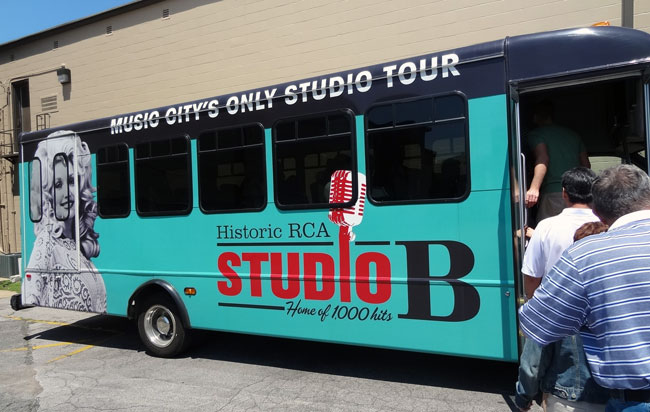 Fans of Elvis Presley are fortunate that so much memorabilia from his heyday is still available to see and touch and experience. At Sun Studio in Memphis, you can hold a microphone he once used. At Graceland, of course, you can visit his home. And at RCA Studio B in Nashville, you can play a piano he used on some of his biggest hits.

Studio B tours are available at an additional cost (currently $11) to anyone who purchases an admission to the Country Music Hall of Fame. The historic studio is where thousands of memorable songs have been recorded over the years, by superstar acts like Willie Nelson, Roy Orbison, the Everly Brothers, Carrie Underwood and dozens more.

Dolly Parton wrote two massive hits – “Jolene” and “I Will Always Love You” – on the same day and recorded both at Studio B. A handful of non-country artists have recorded here as well, like pop singer Amy Grant, buzzy rockers the Strokes, and hippie rock band My Morning Jacket.

But the big draw here is Elvis Presley, since he recorded more than 200 songs at Studio B. 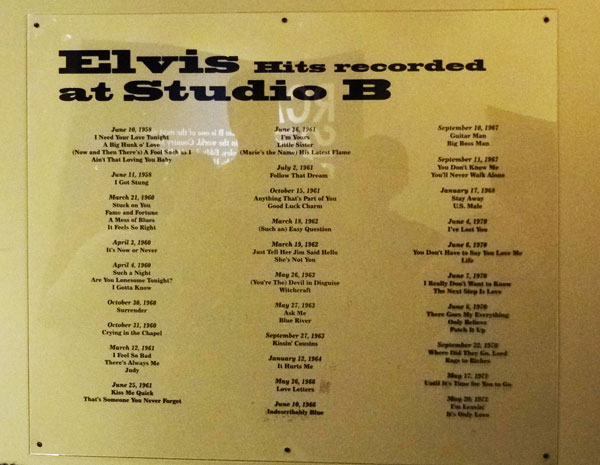 The King recorded legendary tracks like “It’s Now or Never,” “Are You Lonesome Tonight,” “She’s Not You,” and “Devil in Disguise” here. He also recorded a track called “Kissin’ Cousins” for the move of the same name. How scandalous!

Here’s a small sampling of the hits Elvis recorded at Studio B:

Taking the RCA Studio B Tour

You can only tour Studio B when you buy the Studio B Experience ticket at the Country Music Hall of Fame. It comes bundled with a tour of Studio B. Currently, the package deal is $46 per person. After purchasing, you’ll be transported to the legendary Music Row landmark by shuttle bus. My shuttle featured Dolly’s huge smile on the outside.

At the studio, guests are taken into a room with pictures of some of the acts who recorded there. The guide will play music and offer stories about as many of these artists as you care to hear. I was partial to the Everly Brothers and their old-time harmonies. 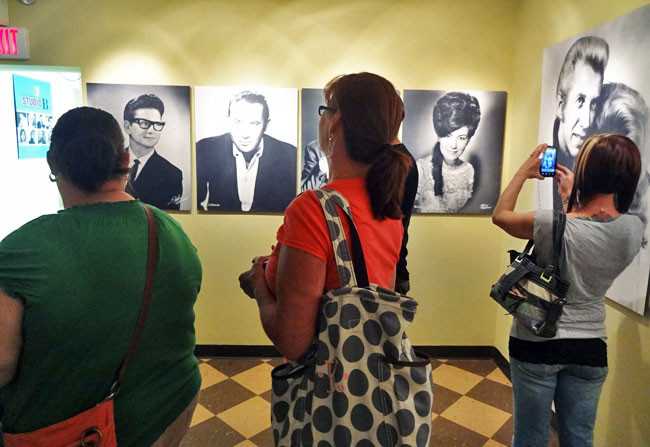 From there, it’s further down the hallway, where old tape machines and mixing boards reside. 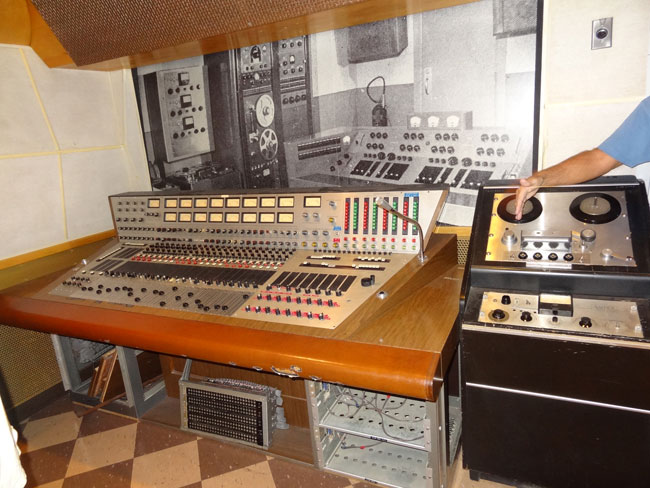 The big attraction is the recording studio itself, where all those songs were put to tape. That’s where the piano used by Elvis and countless others sits.

You can touch the piano and take pictures with it, but you won’t have much time. You have to get your pics while the guide is telling stories about the room, because once the tour is over, everyone is shuffled out quickly back to the bus to keep things running on time. 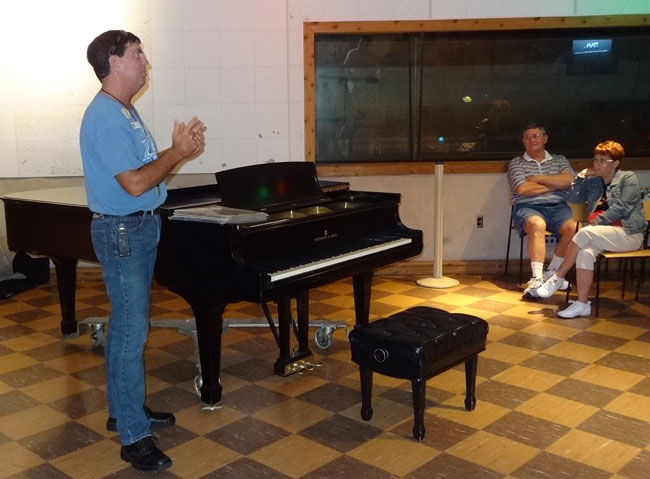 Sometimes the studio itself is closed for recording sessions, classes or other engagements, so there’s not a 100% guarantee of getting to go inside the room. If you’re not able to go in, you can at least peer inside through the glass windows between the rooms.

Those who are into music, history, or music history, or fans who just long to sit down at Elvis Presley’s piano, will want to stop by RCA Studio B to see where the magic happened!

For more Elvis history, consider visiting the Elvis Birthplace in Tupelo, Mississippi. It’s one of the highlights of a Nashville to New Orleans road trip.

Note: I was a guest of Visit Music City at RCA Studio B.

Elvis Presley, Johnny Cash and More at the Country Music Hall of Fame

Quirky Things To See in Oahu: The Elvis Aloha Statue