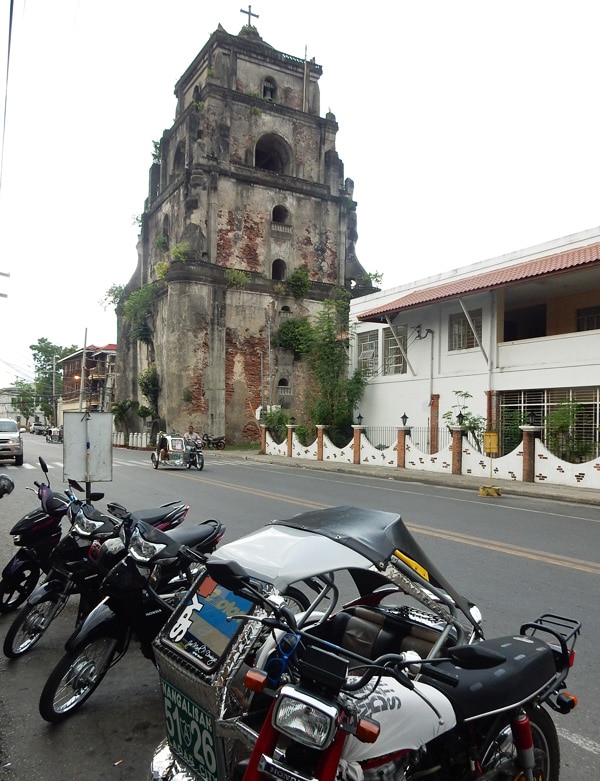 Laoag City in the Ilocos Norte province of the Philippines is not known for tall buildings. So a 147-foot tall bell tower is sure to stand out. Especially when it shows the signs of weathering and history that you’d expect from a structure built in the 17th century.

The “sinking bell tower” earned its name from the fact that it was built on a sandy foundation, and therefore it continues to sink into the ground at the rate of about one inch per year. Like the Leaning Tower of Pisa, the sinking bell tower is one of those quirky feats of engineering that manages to endure even if its original design wasn’t perfect.

RELATED READING: Inside the Historic Paoay Church and Ruins in the Philippines 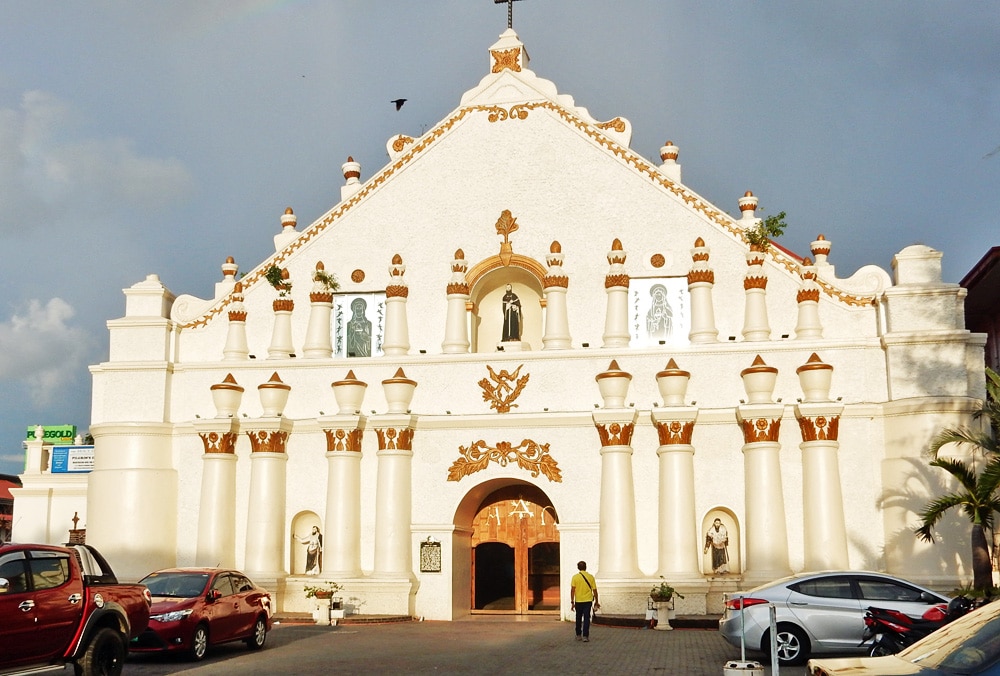 You won’t need more than a few minutes to check out the bell tower and the nearby church. The church has survived fire and earthquakes, so it has a lot of history. The bell tower has also endured the numerous earthquakes that are common in this part of the world. 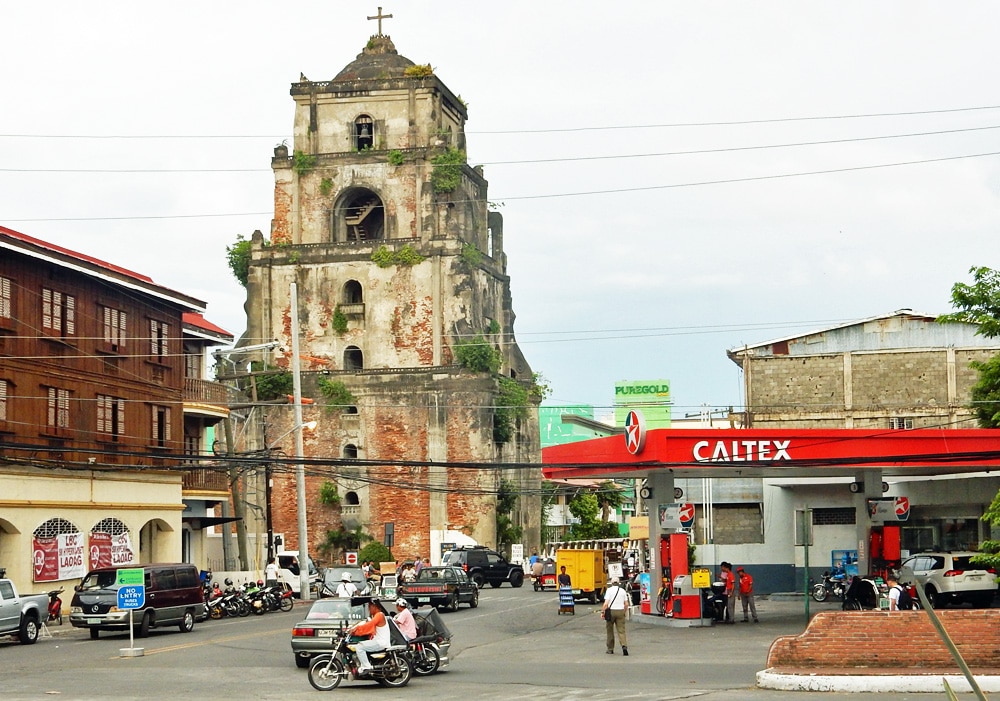 At least the tower appears to be sinking uniformly. It doesn’t appear to be in any kind of imminent danger of falling or suffering permanent damage. 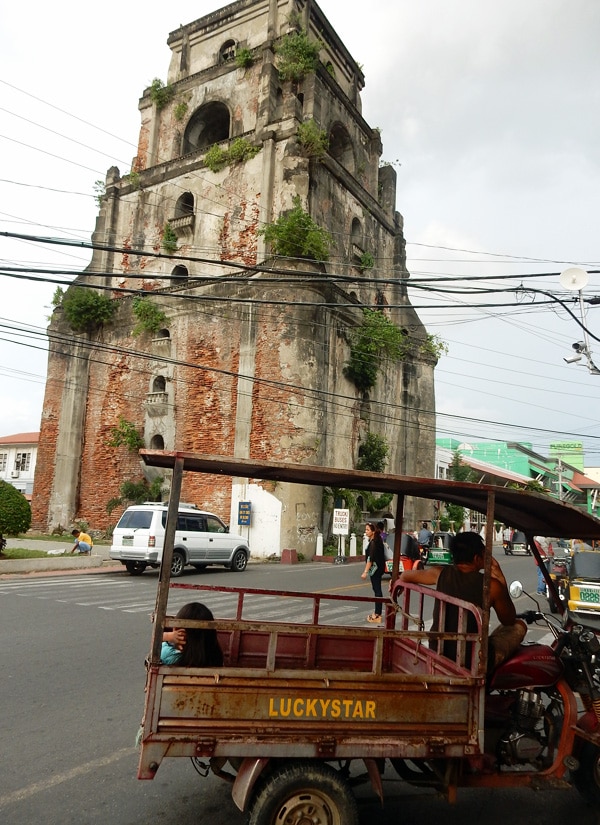 Not far from this area are the bustling Laoag market and the big “LAOAG” city welcome sign, so you can stroll around and see them all. There are so many amazing sights in the Ilocos Norte and Ilocos Sur provinces, so make sure to check them out. And don’t forget to sample the unusual foods of the Philippines.