I felt silly laying out my towel and kicking back in swim trunks along the shores of the Minneapolis beaches. These lake beaches are small by typical beach standards. But I was determined to get in some beach time, no matter what! This beach was tiny, but it was good enough.

Minnesota is known as the Land of 10,000 Lakes, and at least a couple dozen are located within the Twin Cities area. A few even have beaches. Mostly small, most man-made. With little roped-off areas where you can stand in the water. 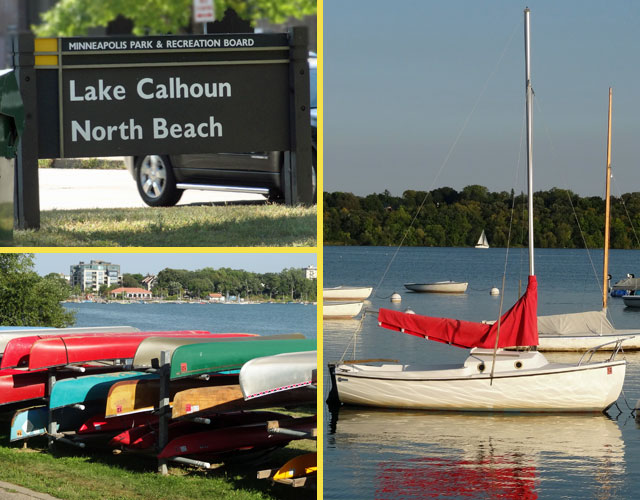 The Twin Cities’ beaches aren’t so bad. Believe me, I’ll take a beach that isn’t crowded any day over one where it’s hard to find a spot to put your towel.

Minneapolis has 12 official beaches on six different lakes. Keep reading for beach photos, followed by a rundown of all 12 beaches.

The beaches of Minneapolis have a few things going for them. Like playground equipment. Why don’t Chicago’s beaches have jungle gyms I can swing around on?

And they have volleyball courts… and sailing… and pavilions for live music. 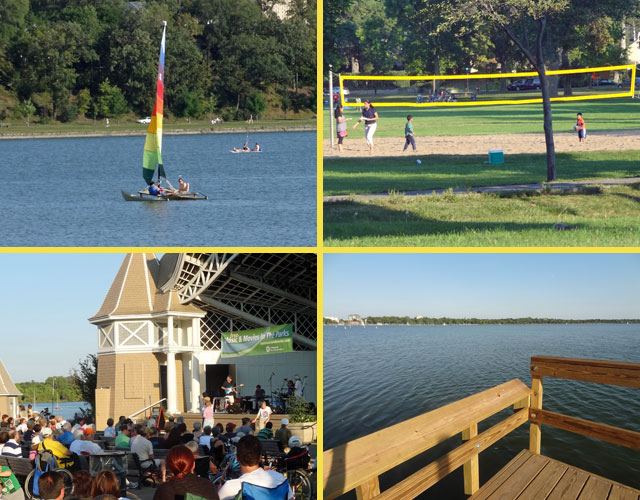 I admit, the views are special. That’s a great look at the skyline! 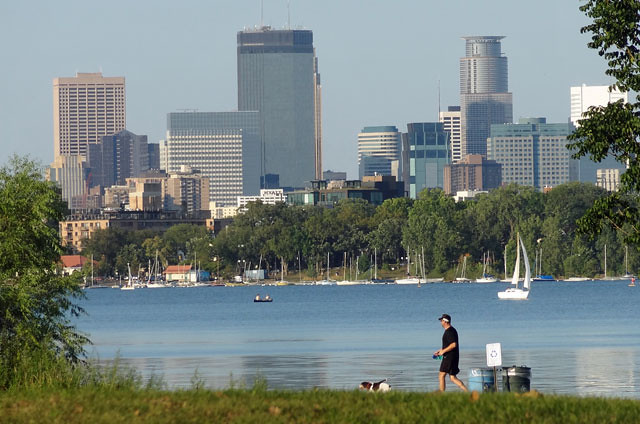 Taking in the sunset. 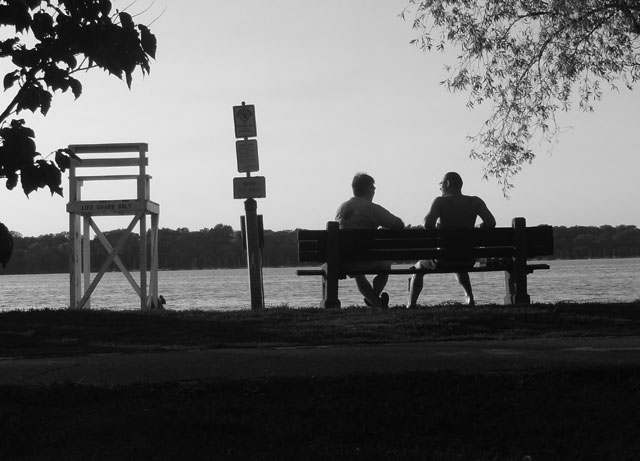 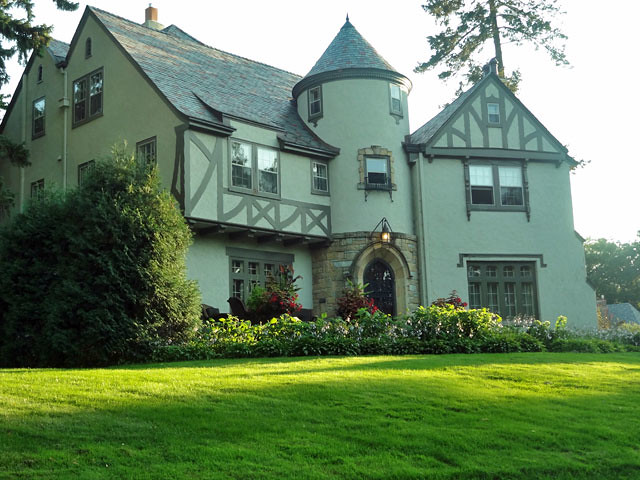 The beach I found in St. Paul was rocking. I mean, there were two whole families enjoying the sand and sun on this particular day. Not just one, but two! 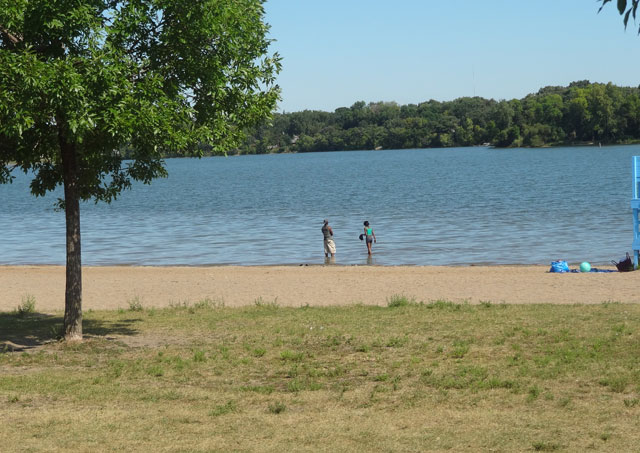 This site did have a cool environmental thing going on: A shoreline restoration project. 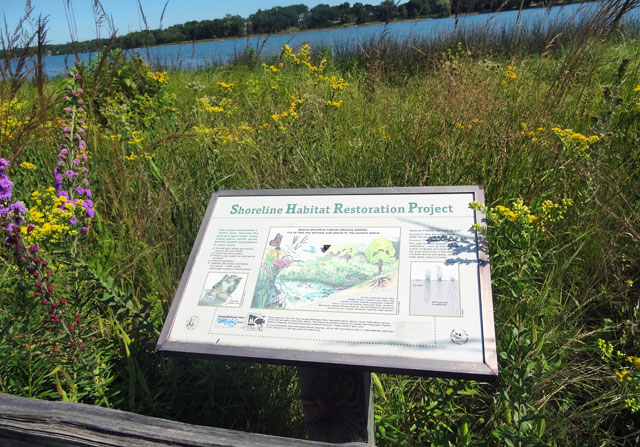 The sign informed readers to be on the look out for butterflies. Just as I read that, I looked over right next to the board and saw this: 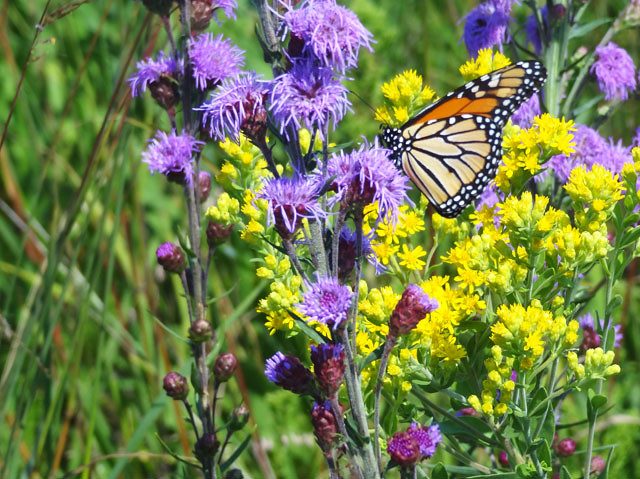 Consider that project a success!

So the little Minneapolis beaches may not be so amazing, but the lakes are. With boating, paddling, kayaking, canoeing and great views of the skyline, the lakes are a place I’d spent a lot of time in the summer if I lived in the Twin Cities.

All 12 Public Lake Beaches in the City

Here’s a rundown of the 12 public beaches in the city of Minneapolis. You can see that many of them have similar names, which is confusing. (There are two North Beaches, for instance.) The city would be smart to change these boring directional names to something easier to remember. 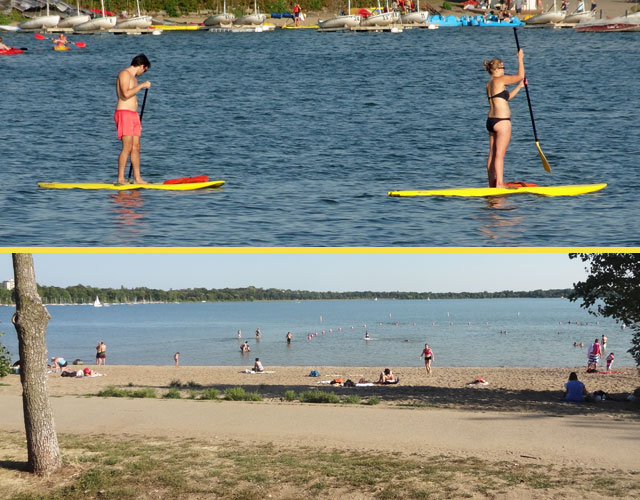 Bde Mka Ska (formerly Lake Calhoun) is the largest lake in Minneapolis. The lake is home to the three beaches listed above.

Many of the pics I took above were from North Beach. This park has bike rentals, kayak and paddleboard rentals, plus volleyball courts, running paths, and all sorts of other amenities. Cedar Lake doesn’t have as many bells and whistles but does have a bike path and picnic areas with grills. Wirth Beach is another of the most popular beaches, and has a volleyball court, plus dressing rooms, bathroom, and picnic areas.

All city beaches are open from 6 am to midnight in “developed areas” and 6 am to 10 pm in “undeveloped areas.” Areas are considered developed if they have both lights and established pathways.

Lifeguards are often not on duty, so swimmers visit at their own risk. In 2019, there were lifeguards on duty during peak hours at 5 city beaches: East Cedar Lake Beach, Lake Harriet North Beach, Bde Maka Ska Thomas Beach, Lake Nokomis Main Beach, and Wirth Lake Beach. The city has not released its schedule for 2020 or beyond in terms of when and where lifeguards may be stationed.

Admission to Minneapolis beaches is free, though you may have to pay a buck or two for parking, depending where you go. Occasionally, beaches have to be closed due to health reasons such as e coli outbreaks. The water is tested weekly, and you can view the latest results of the quality tests.

When you’re in Minneapolis, you might also check out the Sculpture Garden, or Mill City Museum, or even the Skyway. And then do a road trip for some camping in Voyageurs National Park!

5 thoughts on “Minneapolis Beaches: The Complete List of Where to Swim”