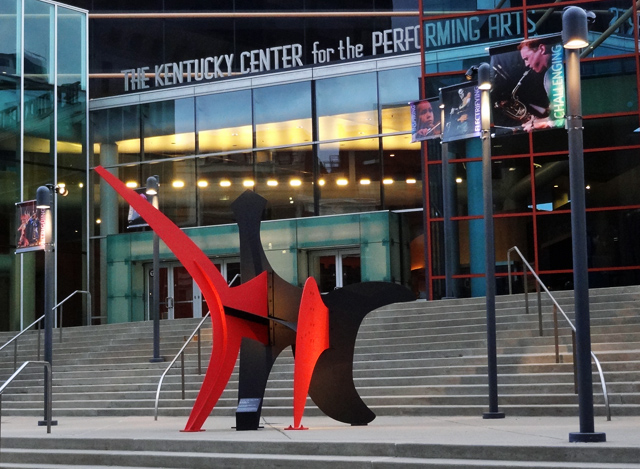 What comes to mind when you picture Kentucky? Horses, bourbon, farms, peaceful countryside?

The truth goes way beyond the stereotypes, as I discovered during my recent visit. I’ve already covered Mammoth Cave National Park and the Muhammad Ali Center. Now here are five more things that I didn’t expect in the state of Kentucky.

1. The art is fantastic

Lexington and Louisville have a ton of great art, and I’m sure there’s more in some of the other areas of the state that I didn’t have a chance to visit. The displays ranged from spray-painted street art to sanctioned artistic works to sculptures and statues.

Louisville embraces its reputation as the town of horses. This is, after all, the home of the Kentucky Derby. The painted horse statues around town show off vibrant colors and designs. Just call them Gallapalooza!

I didn’t expect Louisville to have such a strong bike culture. Even the bike racks here are artistic. 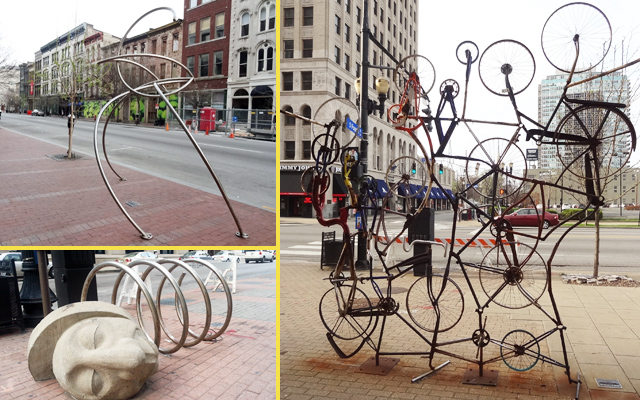 I took a stroll through the Old Louisville historic district and happened upon this amazing statue, called St. James Court Lamplighter. Look closely – the entire thing is carved from a 100-year-old oak tree! 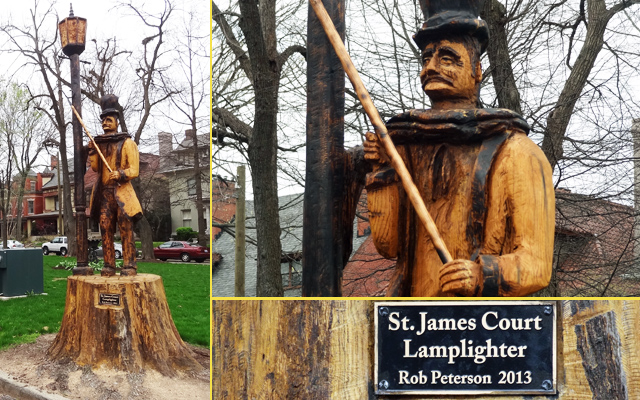 The impressive collection of street art below was observed in Louisville and Lexington. 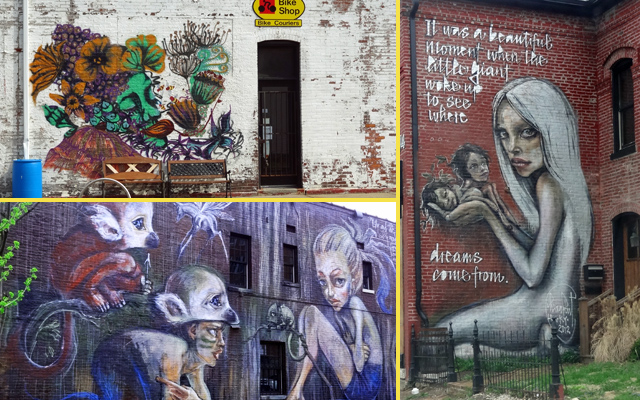 This giant Abe Lincoln mural in Lexington is amazing. 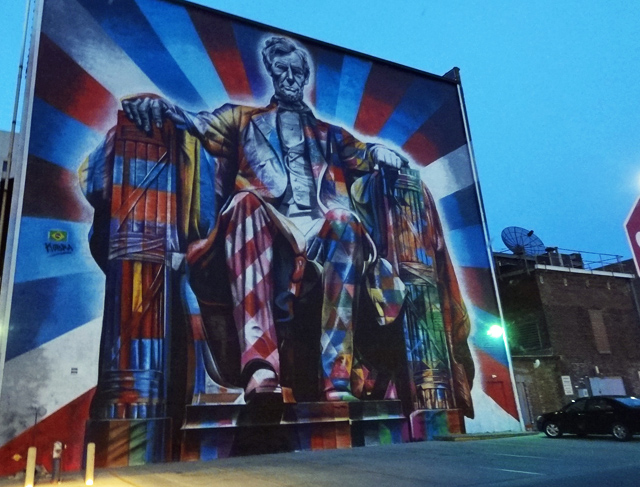 2. There’s a lot of quirky culture

Quirky attractions in Kentucky include the world’s largest baseball bat, located outside the Louisville Slugger Museum. 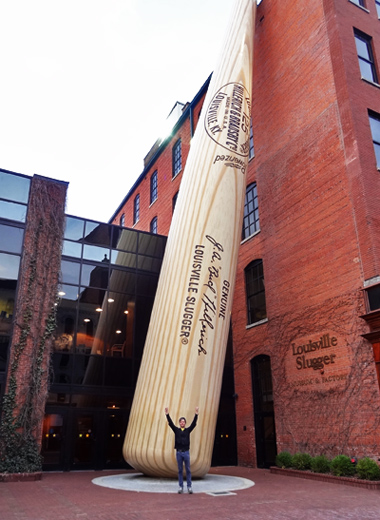 And here’s a face that you’re sure to recognize. This likeness of the Kentucky Fried Chicken founder resides inside the Louisville Visitors Center. Standing next to Col. Sanders is very slimming! 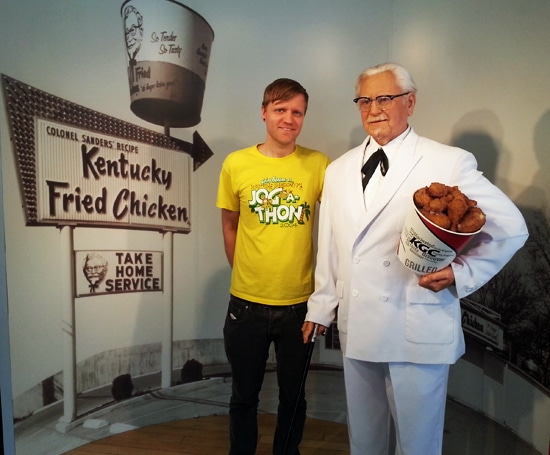 Louisville has a giant statue of Michelangelo’s David. The 30-foot-tall gold David towers over downtown, his 3-foot-tall genitals exposed for all the world to see. 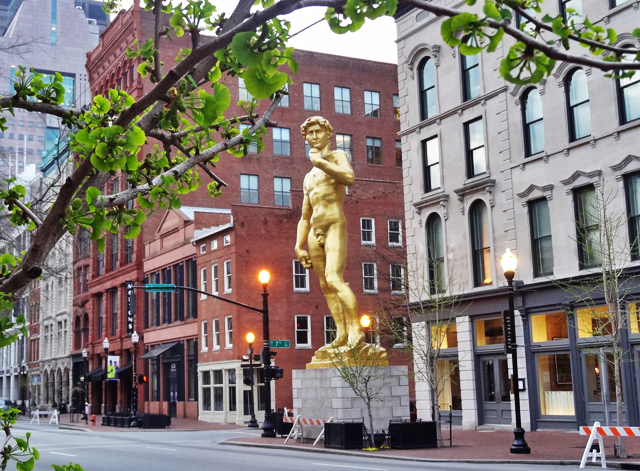 I found some quirky sights in some of the more rural parts of Kentucky as well. Redneck mini golf. Woohoo! 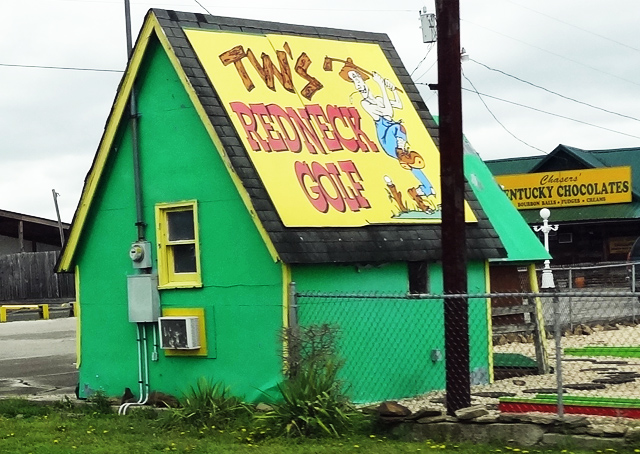 And then there’s this comically-named restaurant. Who’s up for a Hugh Jass dinner? 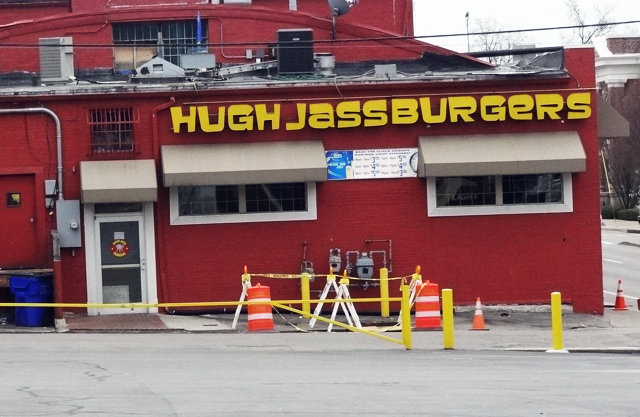 3. Kentucky has one of the most beautiful capitol buildings

Some state capitals aren’t fun to visit – it’s often hard to find parking, the capitol building itself is surrounded by concrete on all sides, and the building is nothing special to look at.

Kentucky’s capitol building in Frankfort does not have these problems. It’s an impressive structure, and it looks even better when seen from the expansive lawn and flower garden running down the street in front of the building. 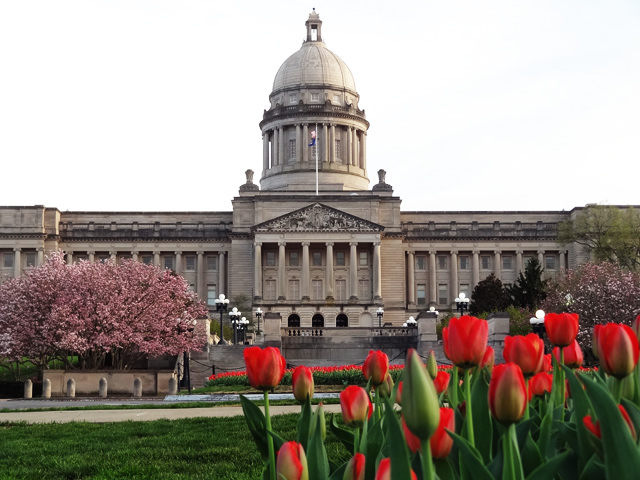 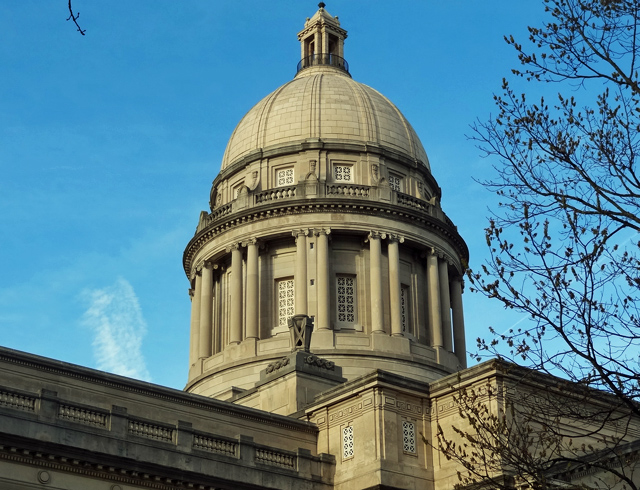 At every corner I turned in Louisville, there was another historic marker. The range of events on the historic signs was very broad, covering Kentucky fugitive slaves escaping to Canada, a Susan B. Anthony speech on women’s suffrage, civil rights sit-in demonstrations from 1961, 1940s Academy Award-nominated actress Irene Dunne, and Kentucky’s first commercial distillery. 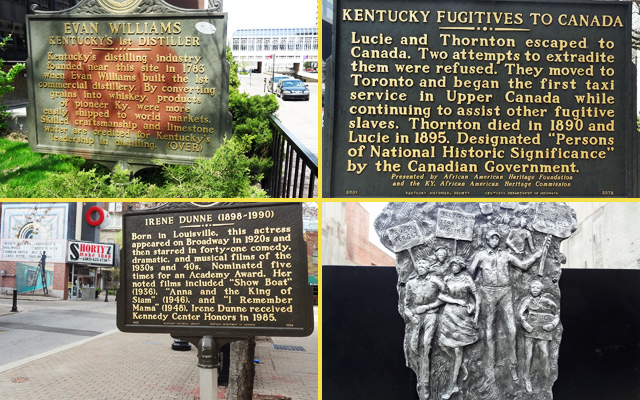 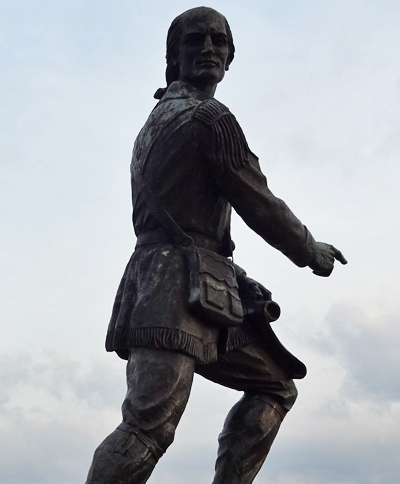 5. The drivers are maniacs

I had imagined Kentucky as a place where the pace of life was slower, where people went for casual Sunday drives in the countryside. The truth is that Kentucky might have the craziest drivers I’ve ever seen. Worse than New York City. Worse than Los Angeles!

Time and again, I would be driving along a little over the speed limit and have someone race past at nearly a hundred miles per hour. The drivers were impatient, and borderline reckless at times.

Now why would this be? I have a theory. Kentucky is a lot of towns and cities (Louisville, Lexington, Frankfort) that are spread out. So commuting from one place to another requires a substantial drive on a long boring highway. People hate these drives (I certainly would), so they go as fast as humanly possible to get to their destination.

The speed limit on many roads is 70, so people routinely drive 80 like it’s nothing. Eighty miles per hour is a dangerously high speed for anyone to be traveling – but especially on a small two- or four-lane road with a lot of other cars around. Slow down, Kentuckians!

What are your favorite things about Kentucky?

4 thoughts on “Painted Horse Statues, Historic Sites, and Other Things That Surprised Me About Kentucky”