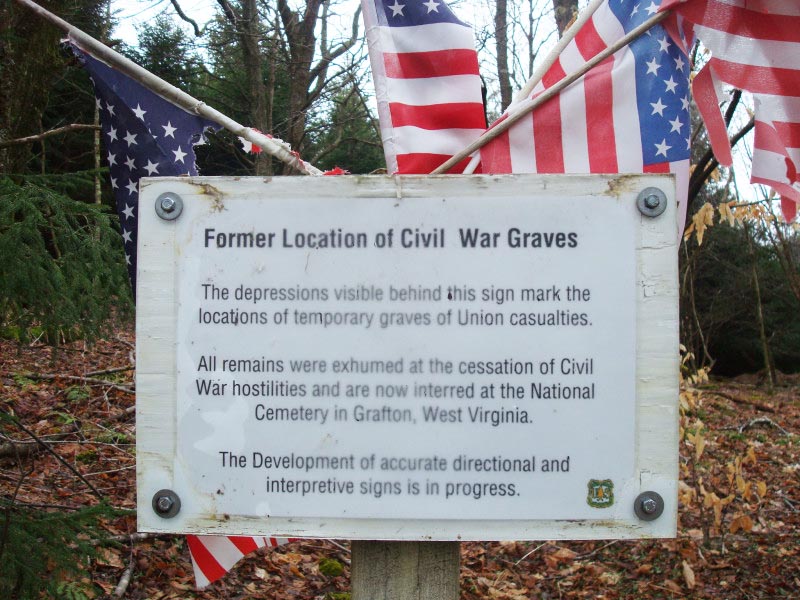 Cheat Summit Fort is a former Union fort site from the Civil War. This is a quirky attraction that I had no idea existed – I stumbled upon it while driving and hiking through Monongahela National Forest in West Virginia.

From the top of the fort, soldiers could watch over the nearby valleys for approaching enemy troops. General Lee’s Confederate troops attempted an attack here in 1861, but they were driven back before they could reach the fort.

One of the most interesting things at this site is a marker showing the former location of Civil War graves. Union forces temporarily buried their dead in a shallow grave here. After the war, they were exhumed and transferred to a national cemetery.

There’s not a whole lot left here in terms of physical structures, but diagrams give visitors an idea of what the fort used to look like. 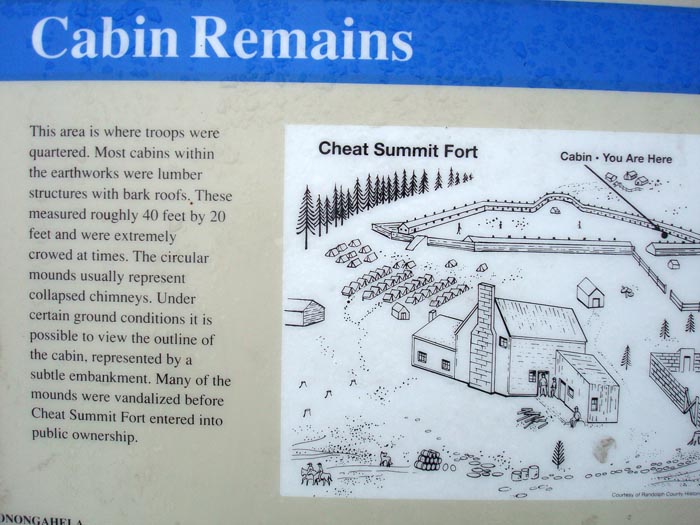 The fort (also known as Fort Milroy) was abandoned by Union forces in the Spring of 1862 after a bitter winter there. Now it’s a place for us to go hiking and take in the historic features.

The buildings described in this historical marker sign are not there anymore. So you’ll have to use your imagination to picture how the scene would have looked.

Cheat Summit Fort was listed on the National Register of Historic Places three decades ago to signify its importance.

Here’s a simple map of the area. You can see that the Battle of Cheat Mountain location is within five miles of the Civil War Graves at Cheat Fort Summit. 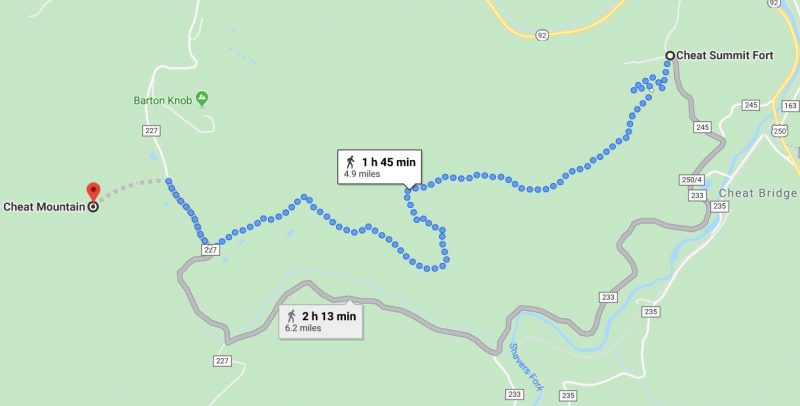 The fort site is roughly a 22-minute drive (14 miles) from Huttonsville, West Virginia, a nearby town of roughly 200 people. The fort sits about a 3-hour drive from the larger cities of Charleston, West Virginia and Lynchburg, Virginia.

For another quirky attraction in West Virginia, check out the unique Coal House in Williamson.