One of the cool things about Boston is that it’s so rich with Revolutionary War-era history and artifacts. I’m a big fan of cemeteries (you may recall my visits to Andy Warhol’s grave and Marilyn Monroe’s grave), so I had to stop by some of Boston’s cemeteries to see some of the historic grave sites.

The Granary Cemetery (officially, The Granary Burying Ground) is really odd because it’s located downtown, right across the street from skyscrapers and other evidence of modern life. You don’t usually see a centuries-old cemetery breaking up the concrete jungle in a major city like that.

The cemetery is super-old, having been established in 1660. There aren’t many American landmarks that are more than 350 years old!

Granary Burying Ground is part of Boston’s famous Freedom Trail, a 2.5-mile walking path through the heart of the city that connects 16 historic sites from the colonial era.

Who’s buried at Granary Cemetery? Famous folks interred here include Paul Revere, Samuel Adams, John Hancock, and many more. Visiting is an enlightening and educational experience, even for folks who already consider themselves Revolutionary War buffs.

You can visit Granary on your own for free. Or join a guided tour to get more insight and historic context from an expert.

Here’s what you’ll see if you decide to visit Granary Burying Ground in Boston today.

The Granary Burying Ground is located at 95 Tremont Street. It’s a short walk from the state capitol building (aka the Massachusetts State House), the huge Boston Common park, and the Old State House.

The cemetery has approximately 2345 graves, which is a massive amount for a small downtown plot of land. But it’s believed that more than 5000 people may be buried here, including those in unmarked gravesites.

Most of these slate headstones are in very close proximity to their neighbors. These graves are packed in tight.

Interestingly, Granary Cemetery was established in 1660 because nearby King’s Chapel Burying Ground was getting too full.

In 1737, a granary – a building used to store grain – was set up on the corner of the block. That was the inspiration for the name “Granary Burying Ground.” Today, the granary is no longer there, but that space next to the cemetery is occupied instead by Park Street Church.

The burying ground stopped adding new graves in 1880. In the 1900s, some of the graves were reconfigured to put them in more of a straight line, and to allow for the installation of pedestrian walkways and trees.

How about the legendary Paul Revere, who went on a famous ride to warn residents the British were coming. In case you haven’t been paying attention, he is Sarah Palin’s favorite historical figure.

Paul also gets a memorial on the gate:

Paul Revere’s grave is one of the most popular in the cemetery, which makes sense given that every American learned about him in middle school social studies class.

You may remember John Hancock, owner of perhaps the most famous penmanship in Revolutionary history. He signed the Declaration of Independence with a large signature that is still remembered today.

Hancock’s memorial is located in Granary. This one is unique because it features his image on the stone. Not many people get their face on their grave stone! Well done, John.

Hancock died in 1793. This headstone was erected a century later, in 1895, to celebrate the achievements of this Founding Father. John Hancock’s grave is definitely one of the most unique and memorable in the cemetery.

Also located in the cemetery is Samuel Adams, whose chief claim to fame is being the inspiration for a brand of beer. Jk! He was also a founding father of our nation and signer of the Declaration of Independence.

Adams led many of the anti-taxation efforts in Boston. Adams was later Lieutenant Governor of Massachusetts under John Hancock, and became governor himself when Hancock died in office.

His grave is easy to spot because it’s next to the fence along the sidewalk and has a bright blue plaque.

Graves of Crispus Attucks and the Boston Massacre Victims

The Boston Massacre was a hugely important event in American history. In 1770, British troops fired on a crowd of people who were yelling and throwing things at them. Five Americans were killed, which led to public outrage against British authorities. It was one of the building blocks that led to the Revolutionary War.

The five Boston Massacre victims are buried at Granary Cemetery in a shared grave and named on the headstone: Samuel Gray, Samuel Maverick, James Caldwell, Crispus Attucks, and Patrick Carr.

There’s a sixth person buried with the Boston Massacre victims. That is Christopher Seider, a 12-year-old who had become the first American killed in the Revolution two weeks earlier.

Benjamin Franklin isn’t buried at Granary – he’s at Christ Church Burial Ground in his home city of Philadelphia. But Ben’s parents are here in Boston.

In fact, they have the biggest stone in Granary Burying Ground. It’s the giant obelisk in the center of the cemetery, dedicated to Josiah and Abiah Franklin.

Interestingly, the original stone that Ben set up for his parents was far more modest. But by the 1820s, the inscription had totally worn away, so the city of Boston replaced it with this obelisk made of Quincy granite.

Many other folks who played significant roles in the American Revolution and in the early years of Boston were interred at Granary Burying Ground:

Robert Treat Paine, another signer of the Declaration of Independence, has a plaque marking his tomb. He is one of three Declaration signers buried at Granary, joining Adams and Hancock.

Also here in the cemetery are John Phillips, who was the first mayor of Boston from 1822-1823; Samuel Sewall, a Salem witch trials judge; John Endecott, the first governor of Massachusetts Bay Colony; James Otis, a prominent lawyer and patriot in the Revolutionary War.

I’ve visited Granary a few times now, and it’s always fascinating. I was recently there on a sunny autumn morning, and the cemetery actually looked pretty thanks to the changing colors of the leaves.

Nearly all of the headstones are made of slate. They are thin, and many of the inscriptions in the rock have worn away over the years. Some of the stones aren’t even legible anymore, sadly.

You’ll notice that many of the stones have the same images at the top. Some have the “willow and urn,” designed to be a symbol of mourning. Others have a “winged cherub,” or soul effigy. But most Granary headstones have the “death’s head” logo, featuring a non-religious skull with wings or bones.

Take note that not all of the grave sites have headstones in the ground. Some have stones which are actually embedded into the brick walls of the buildings next door. Make sure to take a moment to read them as well.

The cemetery actually discovered a new, hidden grave two years ago when a tourist fell into a secret passageway. I wish that had been me! How quirky would that have been?

Plans are now underway to upgrade and modernize the Granary Park Cemetery and Burying Ground, which has seen better days. For more, see the site’s official website.

While you’re in Boston, make sure to also check out the Battle of Bunker Hill site, and the cool suburb of Cambridge.

And if you’re really into history, see our article on a Revolutionary War road trip, which goes from Boston to upstate New York and down to Philadelphia, hitting some of the most prominent sites of the conflict.

Have you ever visited an urban downtown cemetery like Granary Park Cemetery and Burying Ground? 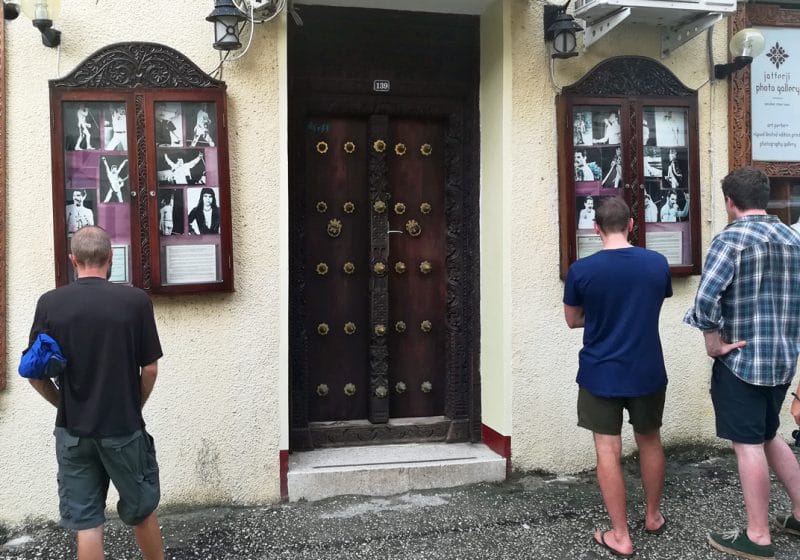