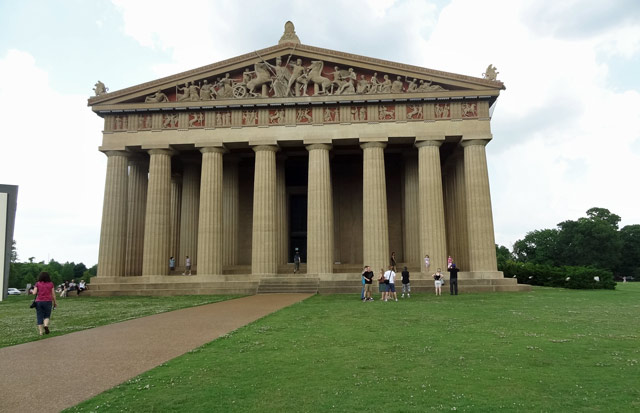 It’s not necessary to travel to Europe to see some of the most famous structures in the world – as long as you’re willing to settle for replicas. Much like the Leaning Tower of Niles in Illinois, a half-size model of the real thing in Pisa, there’s a Parthenon imitation in the U.S. too.

Get your taste of ancient Greece in Nashville’s Centennial Park. This replica is full-size and even includes a 42-foot statue of Athena, just like the one in Greece! 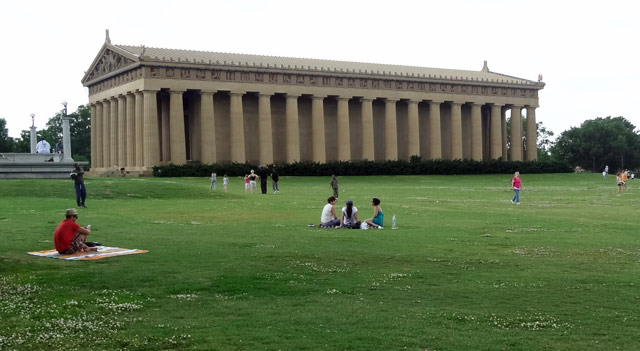 The Nashville, Tennessee Parthenon was built in 1897 for the Centennial Exposition and remains the centerpiece of one of the city’s most popular parks. Nashville was once called “The Athens of the South” – who knew? So I guess it makes a little more sense why the city would want such a structure.

The 1897 version of the Parthenon had been made from plaster, wood, and brick. It became weathered over time and had to be replaced. The city rebuilt it in 1920 from concrete, brick, and stone to make it a permanent fixture. It took 11 years to build, at a cost of $1 million. 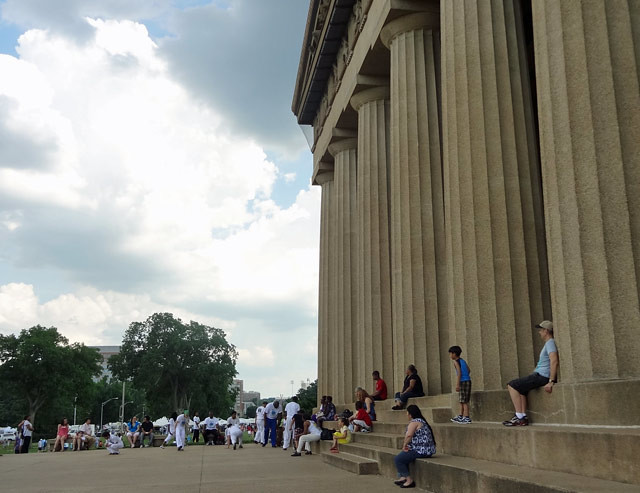 Today, people hang out around the Parthenon, sit on its steps, have picnics in the grass, and play frisbee on the lawn. 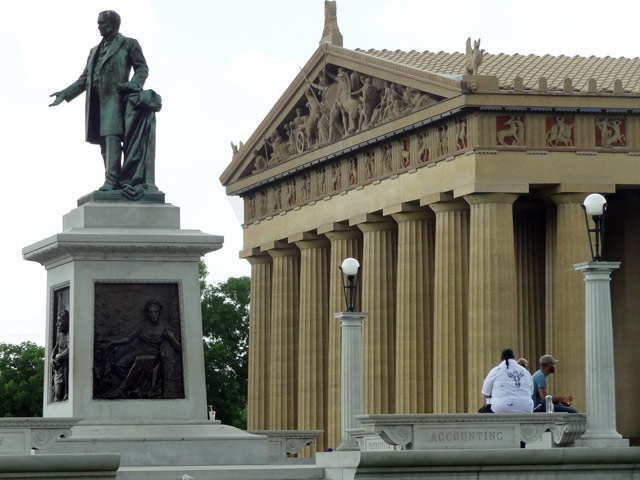 For a fee of $10, you can go inside, see the Athena statue, and view the art galleries. The inside was closed when I visited, so unfortunately I do not have Athena statues to share from the Nashville Parthenon.

Enjoy your visit… just don’t skateboard on the Parthenon! 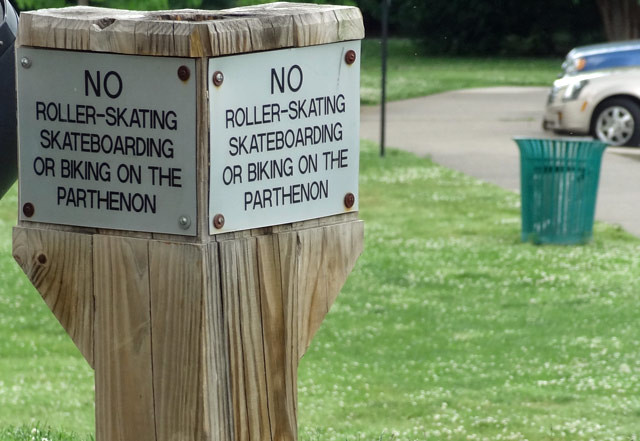 The double doors at each end of the Parthenon are one foot thick and weight more than 7 tons each!

There’s no fee to see the outside of the Parthenon. You can drive right to Centennial Park and park in the lots there. As mentioned, to go inside, adults must pay $10.

Guests are advised to leave about 40 minutes to tour the entire Parthenon. That includes the basement, which contains several art galleries. Photography is allowed inside the Parthenon, but not in the art galleries. 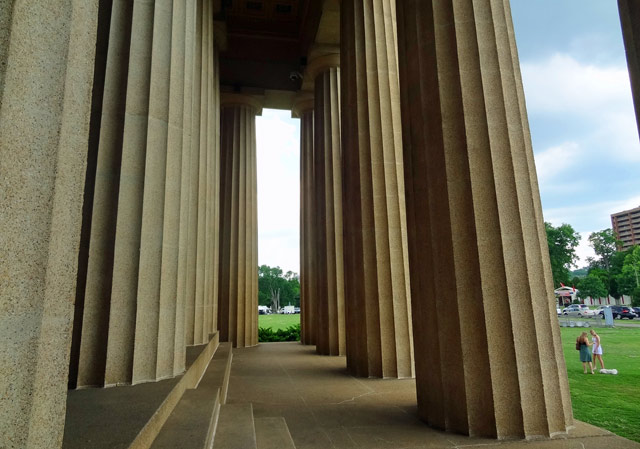 There are volunteer docents inside, as well as brochures, but for the most part, tours are self-guided. There are a limited number of free lockers for visitors who want to store bags.

The inside of the Parthenon contains two rooms. The Naos room is 93 feet by 63 feet and holds the statue of Athena. The Treasury Room is 44 feet by 63 feet.

The most recent attendance figures show that 300,000 people visited the Parthenon annually. That’s almost 1000 per day!

While you’re in Nashville, don’t forget to check out the numerous other fun and offbeat attractions in the city! See our articles about the Lane Motor Museum, Fort Nashborough, the Music City Walk of Fame, the Country Music Hall of Fame, historic RCA Studio B, the Andrew Jackson Hermitage Mansion, and the Dukes of Hazzard Museum.