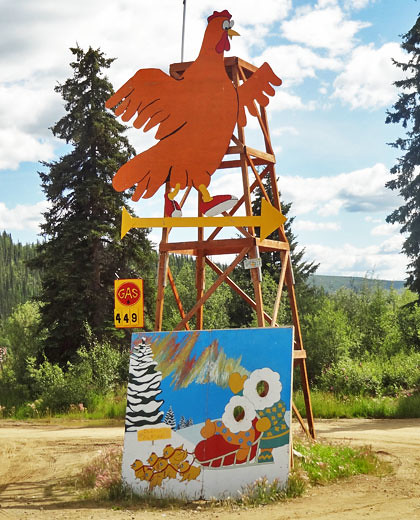 Things you need to know about Chicken, Alaska right off the bat:

-There’s no bathroom in downtown Chicken, but there is an outhouse.

-The town got its name because its early residents didn’t know how to spell “Ptarmigan.”

-Much like Polebridge, Montana, there isn’t any electricity in Chicken, although people do have generators for power.

-They have mail delivery here twice a week, on Tuesdays and Fridays. 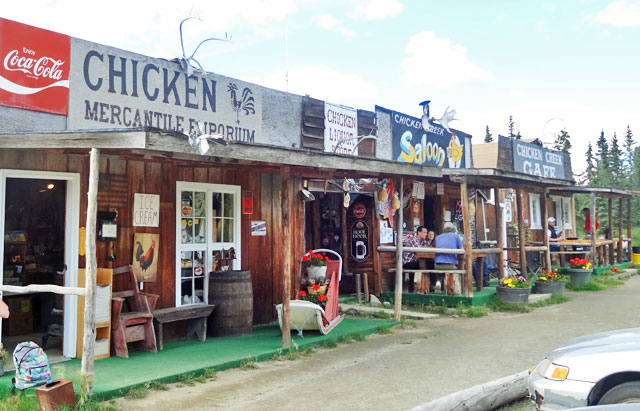 The cool thing about the great north is all the kooky small towns. Talkeetna, Alaska is a great one. But Chicken is even quirkier. Because while Talkeetna has a legit business community and nearly 1000 residents. Chicken is way smaller, and that makes it a lot more fun.

I had the pleasure of passing through Chicken last summer. If you want to experience Chicken for yourself, expect quite a journey to get here.

Getting to Chicken, Alaska

There’s not much around Chicken. Fairbanks is about six hours away. You can get here on an Alaska road trip, but only if you take a long detour from the Anchorage-Fairbanks loop.

The main route into town is via the Taylor Highway, which is closed from October to March when the snow piles up. Chicken is close to the border of Yukon, Canada, so many adventurers driving from Dawson City into Alaska on the Top of the World Highway end up passing through here.

Though it’s fairly remote, Chicken isn’t as deserted as it sounds. In the summer, the population can exceed 100 when miners and other visitors come to town. There’s also an RV park for tourists.

If you’re fortunate enough to own a private plane, congrats! There’s an 800-meter airstrip in Chicken that you can use to reach the town without that long, daunting drive. (And if you’d care to send a donation to a quirky travel blogger, please reach out!)

What to see in Chicken, Alaska

Chicken officially covers 115 square miles, but when it comes to businesses, there are only a few, and they’re situated together in a little lot just off the main road. 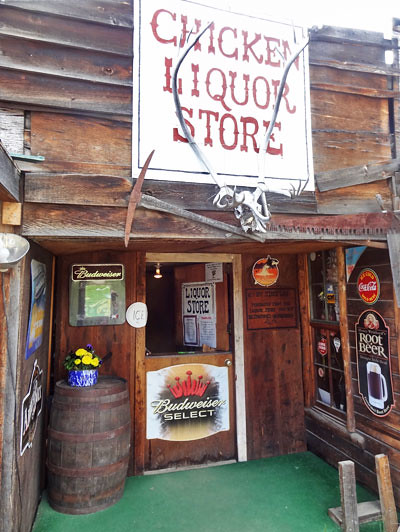 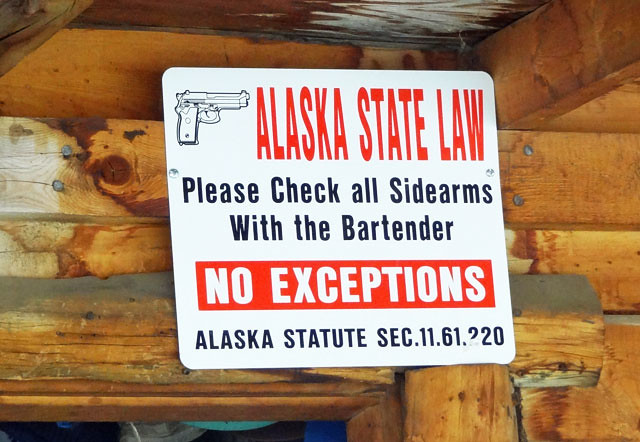 At first I thought it was cool that the locals were relaxing and having a drink outside the saloon. But then I realized, Oh yeah… these people don’t live here! The population is 7! The odds are pretty much 100% that these are tourists passing through, just like me. 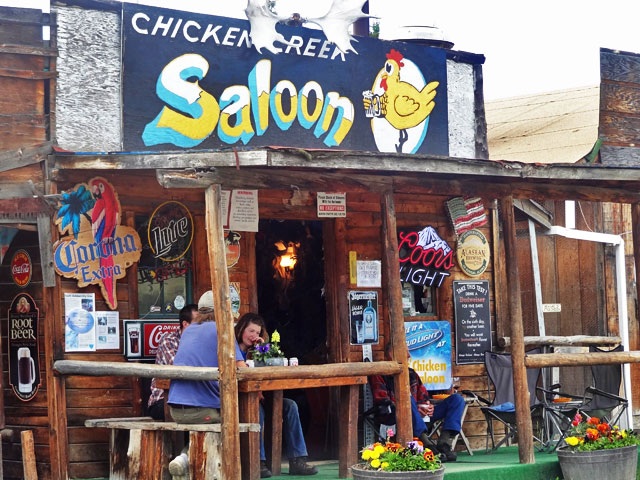 I wasn’t joking about that outhouse. I will say it’s the nicest outhouse I can recall. Will you choose door number 1, 2, or 3? 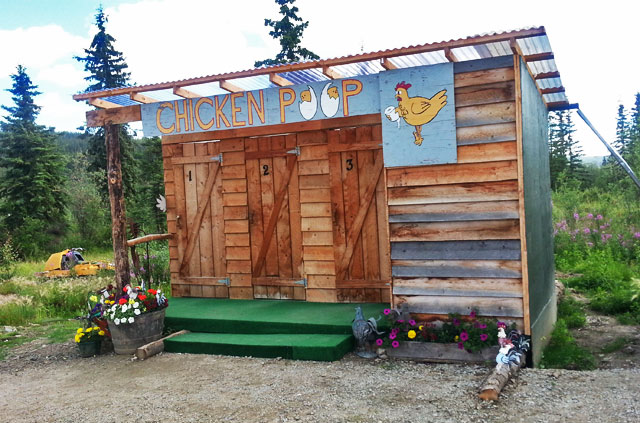 We didn’t stay in Chicken long, but we made sure to pop into the gift shop, which had plenty of silly souvenirs available. 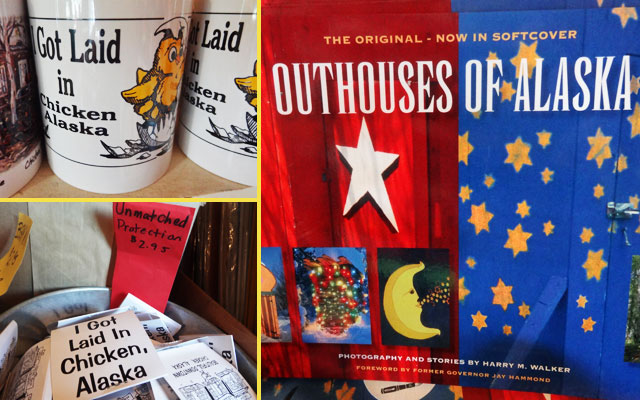 You can find all sorts of fun gifts here, including tshirts, hats, koozies, shot glasses, and magnets. I grabbed a magnet for my collection.

They also have bumper stickers with silly phrases like, “The last one to Chicken is a rotten egg!” and “There is not a single mosquito in Chicken, Alaska… they’re all married and have raised very large families.”

How did Chicken, Alaska get its name?

The ptarmigan story is true. In the late 1800s, gold miners in the area kept themselves alive by eating lots of ptarmigan, now the Alaska state bird. So when Chicken became an incorporated town in 1902, they wanted to call it Ptarmigan, but the locals couldn’t agree on how to spell “ptarmigan” and thought it might confuse people.

So they went with Chicken instead.

You just have to visit a town whose existence is based on such a ridiculous founding story, don’t you? Chicken, Alaska awaits you.

And if you’re so inclined, you can buy the entire town! There’s a website advertising the entire town for sale for $750,000. That’s a huge bargain by Seattle prices! I can’t quite tell if the site is legit, but it seems to be. 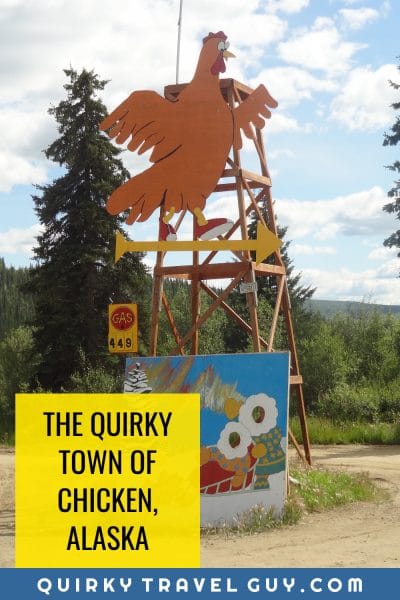 32 thoughts on “Visiting the Quirky Town of Chicken, Alaska”