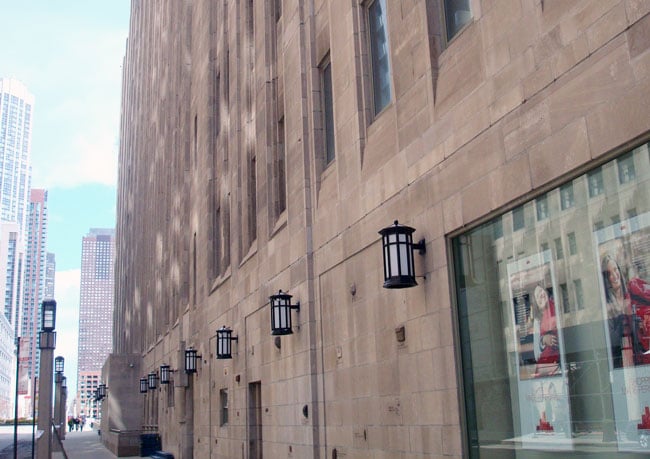 Who knew that you can see the Taj Mahal, the Great Wall of China, the Alamo, the Great Pyramid, and dozens of other international landmarks without leaving Chicago? The Windy City has so many interesting architectural structures that it’s easy to overlook the Tribune Tower. In fact, you can walk right past it without realizing what an incredible building it is.

A neo-Gothic building on N. Michigan Ave. in the city’s Magnificent Mile area, the Tribune Tower has one peculiar quirk that makes it perhaps the most amazing building in Chicago. Crammed into its walls are bricks and pieces of stone from the most famous structures around the world.

All of those historic places mentioned above, like the Great Wall of China, have pieces embedded in the stone, and you can touch them as you walk past the old building, built in 1925.

The rock collection also includes pieces from the Moon (!), Abraham Lincoln’s tomb, the Berlin Wall, the Colosseum in Rome, the original World Trade Center in NYC, Independence Hall in Philadelphia, and even petrified wood from Redwood National Park. 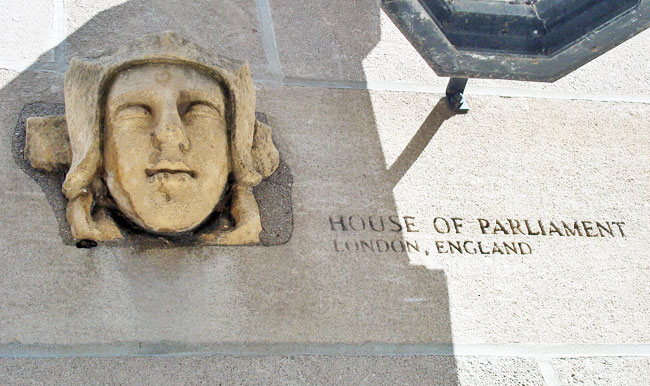 How often do you get a chance to touch a piece of the Great Wall of China?! Or ancient Cambodian temples? Or England’s House of Parliament? Or a piece of rock from Antarctica? Those with an appreciation for history and the man-made wonders of the world will want to make sure to stop by the Tribune Tower while visiting Chicago. 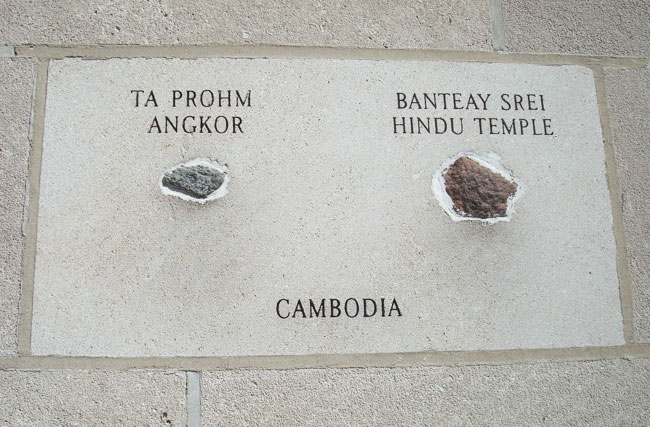 Here’s a site where you can check out photos of all 149 Tribune Tower stones that are embedded!

FAQs About the Chicago Tribune Tower

Is there a Tribune Tower tour?

No, there is not a tour of the inside of the Chicago Tribune Tower. If this type of old skyscraper interests you, however, consider GetYourGuide’s Chicago Architecture Art Deco Tour, a walking tour of five other historic skyscrapers in the area near the Chicago River.

Can you live in the Tribune Tower?

Yes, as of 2019, Tribune Tower Residences began selling one- to four-bedroom residences in the tower buildings. These are luxury, high-end apartments. Unless your name is Oprah, you probably won’t have much of a chance to purchase one!

Is there a restaurant in the Tribune Tower?

There used to be a restaurant on the ground floor called Howells & Hood. It closed in 2018 during the redevelopment of the property that included the new apartments. There are loads of eateries in the immediate vicinity, however, including well-known spots like Billy Goat Tavern, The Purple Pig, and Michael Jordan’s Steakhouse.

Does the Chicago Tribune newspaper still have its offices in the building?

Oddly enough, no. In 2018, the venerable but struggling paper moved over to Prudential Plaza.

Is it safe in this neighborhood?

Yes, the tower is located in the River North area of Chicago. Crime does occur there, as it does in every part of a big city like Chicago. But River North is an area popular with tourists and a lot of locals work there too. During the day it’s totally fine. At night, the area is not unsafe, but use common sense as you would in any major city.